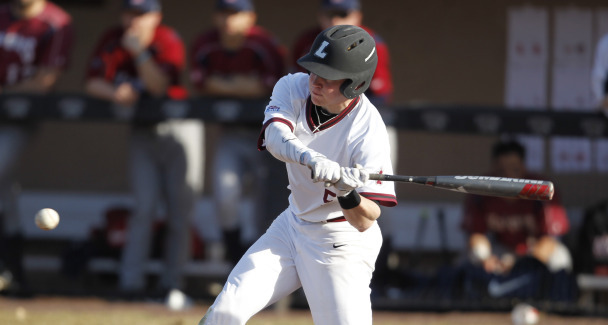 It’s not everyday that Lafayette gets to play one of the most well known college sports teams in the nation. But the Leopards got that opportunity when they took on the Notre Dame Fighting Irish

The men’s baseball team opened up their season last Saturday in San Antonio at the Irish Alamo Invitational. In their first game of the year, the Leopards defeated Notre Dame by a score of 10-2. Senior pitcher Trevor Houck was slated to be the opening day pitcher, and he did not disappoint. Houck went a career high eight innings, only gave up one hit and struck out seven batters – another career high.

On the offensive side the Leopards put up 10 runs, the most they’ve scored in a season opener in over 16 years.

A win against an Atlantic Coast Conference (ACC) opponent is impressive for the Leopards, as it is one of the premier conferences in NCAA baseball.

The nightcap didn’t go as well as the first game, as the Leopards fell to St. Louis by a score of 24-6. The pitching staff was unable to control the Billikens’ bats as they gave up 24 hits in the game, including six in an eight run second inning. The lone bright spot for the Leopards was junior Steven Cohen, who collected three hits in the game and knocked in a run.

The next day, the Leopards took on Incarnate Word looking to bounce back after the letdown against St. Louis. Freshman Brett Kreyer went six innings while only giving up one hit in his first collegiate start. But it was wasted as the Leopards surrendered a one run lead in the eighth inning and Incarnate Word earned a walk-off win in the 11th inning to defeat Lafayette by a score of 5-4.

On Sunday, Lafayette got an opportunity for revenge, as they played against Incarnate Word for the second time in as many days. After trailing for most of the game, the Leopards mounted a late comeback that ultimately fell short, stranding a runner on third base in the ninth inning. Lafayette lost the game by a score of 6-5. Junior Luke Robinson had a good day at the plate, going 3-3 with two doubles and two runs scored.

Next up for the Leopards is a three game series at William & Mary. Since the home opener against LaSalle University last Tuesday was cancelled due to poor field conditions, the home opener will take place against Harvard on March 3.