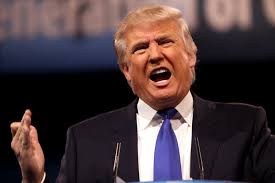 A day wouldn’t feel normal if there wasn’t a news story corroborating what a majority of voters already knew: President Donald Trump and his administration are unfit to govern.

It started this week with former National Security Advisor Michael Flynn, who, after a weekend of revelations that he had misled Vice President Mike Pence with lies he had not discussed sanctions with Russia before Trump took office, resigned late Monday night.

With the reports of Flynn’s falsehoods came conflicting reports from the White House about the knowledge of them. Trump said last Friday that he did not know that Flynn had been in contact with the Russians before January. Yet on Tuesday, White House Press Secretary Sean Spicer said that Trump had been told about Flynn only six days after his inauguration – two weeks before Pence found out.

Then, on Wednesday, Trump’s nominee for Secretary of Labor Andrew Puzder withdrew his name from nomination following reports that he had abused his ex-wife and had employed an undocumented housekeeper that he had failed to pay taxes on.

Other nominees have faced and are facing tough nomination processes. There was Vincent Viola, who was Trump’s nominee for Army Secretary, who also withdrew his name from consideration due to his inability to sever ties with his businesses. There was Betsy DeVos, who had to be approved by a vice presidential tie-breaker. And there’s Scott Pruitt, Trump’s nominee for the Environmental Protection Agency, who faces opposition from environmental groups and from Susan Collins, a Republican senator from Maine. (Collins was also one of the two Republicans who voted against DeVos’s confirmation).

Constant problems with nominees and the fact that Trump’s cabinet is taking longer to fill than in recent history shows that Trump can’t pick leaders worth a damn. His nominees are either inexperienced, have huge conflict of interests, or, in the case of Department of Energy Secretary Rick Perry, have forgotten the names of their departments in the past and don’t even understand the job they’re doing.

As for contact with Russia, it’s becoming more and more believable that Trump is colluding with the government. On Tuesday news broke that a number of Trump campaign staffers and Trump associates had contact with Russia in the year preceding the election. If Trump says he has no knowledge of that communication, he’s either lying or has no control over his staffers. I’m unsure which is worse.

Here’s the thing about scandals. They’re like a line of dominoes. Once one starts falling, so do the rest, until the ivory-colored slabs are all face down and lying on top of each other.

Let’s just hope they don’t knock into anything else on the way down.

Matthew Mitterhoff is absolutely right. Trump, the New York real-estate fraudster, is a disaster in the White House: ignorant, reckless and incompetent. He will do terrible harm to America until he is removed.