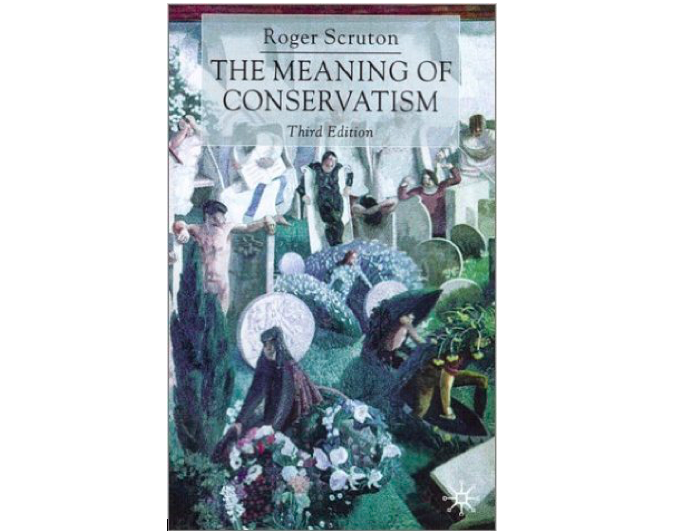 Cover of “The Meaning of Conservatism” by Roger Scruton. (Courtesy of Amazon).

A new book club centered in conservative thought is coming to campus with the hopes of becoming a forum for discussion amidst the polarized political spectrum.

The new club, the ISI Burke Society, has received funding from the Intercollegiate Studies Institute (ISI) and has been approved by student government as an official organization.

According to the club’s founder Ion Plamadeala ’19, the reading group will focus on materials “written by philosophers who identify as conservatives.”

ISI is a nonprofit organization which often provides funding to conservative groups on college campuses and is dedicated to principles such as “limited government,” according to its website.

“It’s no secret that liberal arts colleges and colleges in general are overtly liberal, dominated by liberal opinions and such,” Plamadeala said. “What we were worried about was that students who come to liberal arts campuses, if they’re liberals, they are not in shortage of having their opinions represented.”

The 11-member book club won’t be holding any large-scale events, Plamadeala said, but he aims for the club to be an open forum for discussion between liberals and conservatives. While most of the members are liberals themselves, he would like the club to be an educational opportunity for all.

The club will be reading “The Meaning of Conservatism” by Roger Scruton and “Practical Philosophy” by John Haldane, two works by conservative authors about conservatism. Plamadeala said he will be leading discussion on these works during the group’s weekly meetings.

“[I] wanted to basically help students, mostly liberals, to understand what exactly they’re arguing against or what exactly they find objection with,” he said. “It’s not really that big of a deal if you oppose the Republican party policies. But if you don’t understand, for example, the political philosophy behind conservatism, then in a sense you don’t really know what you’re arguing against.”

Twelve members of student government voted in favor of approving the club’s formation, while three abstained.

“But by and large we were totally happy that there were students who were willing to foster environments where students who unfortunately tend to find themselves in…a political minority on this campus,” student government president Bilal Akbar ’18 said.

Akbar agreed with Plamadeala that Lafayette needs more open forums for discussion of both conservative and liberal opinions, as conservatives sometimes are hesitant to express their opinions on campus.

“It’s really good to see examples of students coming forward and wanting to celebrate and explore us as a community that is much more diverse politically than a lot of people think,” said Akbar, highlighting that 30 percent of the college’s student body identifies as Republican.

“I would like if students feel like they don’t have a platform, specifically referring to conservative students or students on the right of the political spectrum,” he said, “they’re more than welcome to come to me and ask for any sort of help that student government can give them.”

Plamadeala said that he has not met many conservatives on campus, and that they don’t feel comfortable expressing their opinions.

“I don’t know too many conservatives,” Plamadeala said. “The few I have been around, I have heard that they don’t feel comfortable expressing their opinions. I do think that’s sad.”

Akbar said that this hesitancy for conservatives to voice their views is contrary to the values of a liberal arts education.

“We’re at a school where everyone comes here to get a liberal arts education, and our purpose is essentially to learn from one another in all our diversity,” he said. “As an international student, I know one of the reasons we’re allowed to this campus and given so much financial aid as a group of students is because the administration and trustees believe we have a lot to contribute…to the rest of the student body. And obviously I think conservative students have a lot to offer as well.”

President Alison Byerly said that it is important for there to be open forums for dialogue and education on campus, and that the club’s formation is a step in the right direction.

“I think that public settings and panel discussions and presentations that provide an opportunity to air views and give people an open chance to debate them seems to me a very positive move,” she said.