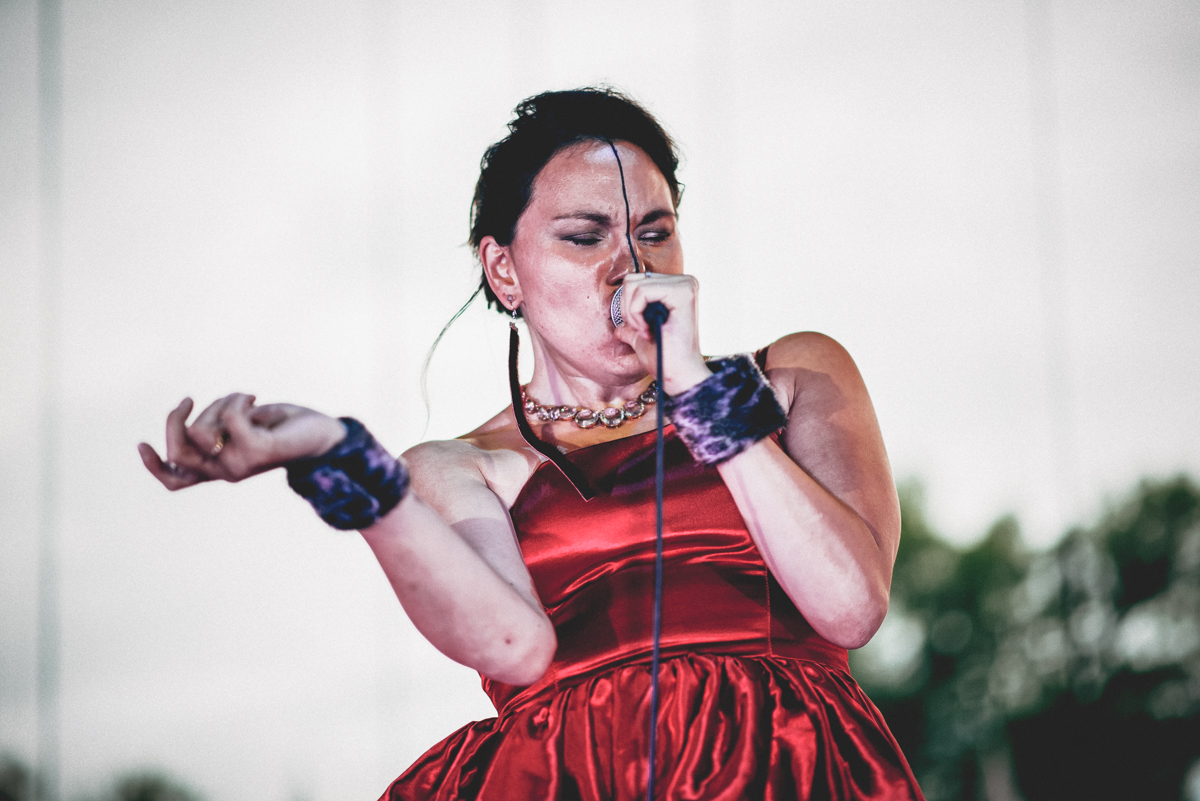 Tanya Tagaq comes to the Williams Arts Center this Satuday (Photo courtesy of Wikimedia Commons).
Award-winning Canadian Inuit throat singer Tanya Tagaq is set to perform what some might call an invigorating, ferocious and evocative show on Saturday night at the Williams Arts Center.
Throat singing, also known as katajjaq, is usually performed by two women who sing duets with the goal of outlasting the other. However, Tagaq has put a modern twist on the tradition by performing her throat singing songs solo, as well as infusing them with overt sociopolitical commentary. Her songs highlight issues of pollution, rape, her experiences in the oppressive Canadian Aboriginal Residential School System, Western industrial capitalism, climate change, Canadian identity, Indigenous rights and much more, according to her website.
Tagaq attended high school in Yellowknife, Northwest Territories, Canada before going to the Nova Scotia College of Art and Design, where she expanded and developed her own unique form of Inuit throat singing. Her initial interest in throat singing sparked in high school, according to her website.
In her career, Tagaq has been nominated three times for Juno Awards, which is a major achievement in the Canadian music industry. In 2015, Tagaq won the awards for Aboriginal Recording of the Year, Spiritual Recording of the Year and World Recording of the Year at the Western Canadian Music Awards for her album “Animism.” The album also secured the $30,000 dollar Polaris Music Prize and Canadian Folk Music’s Pushing the Boundaries Award in 2014, according to her website.
Tagaq has done various high-profile collaborations with international singing icons Bjork, the Kronos Quartet, Mike Patton, Shooglenifty and has been praised in The Wire, The New York Times, The Rolling Stone and The National Post. She recently performed a sold-out show in Toronto in November of 2016.