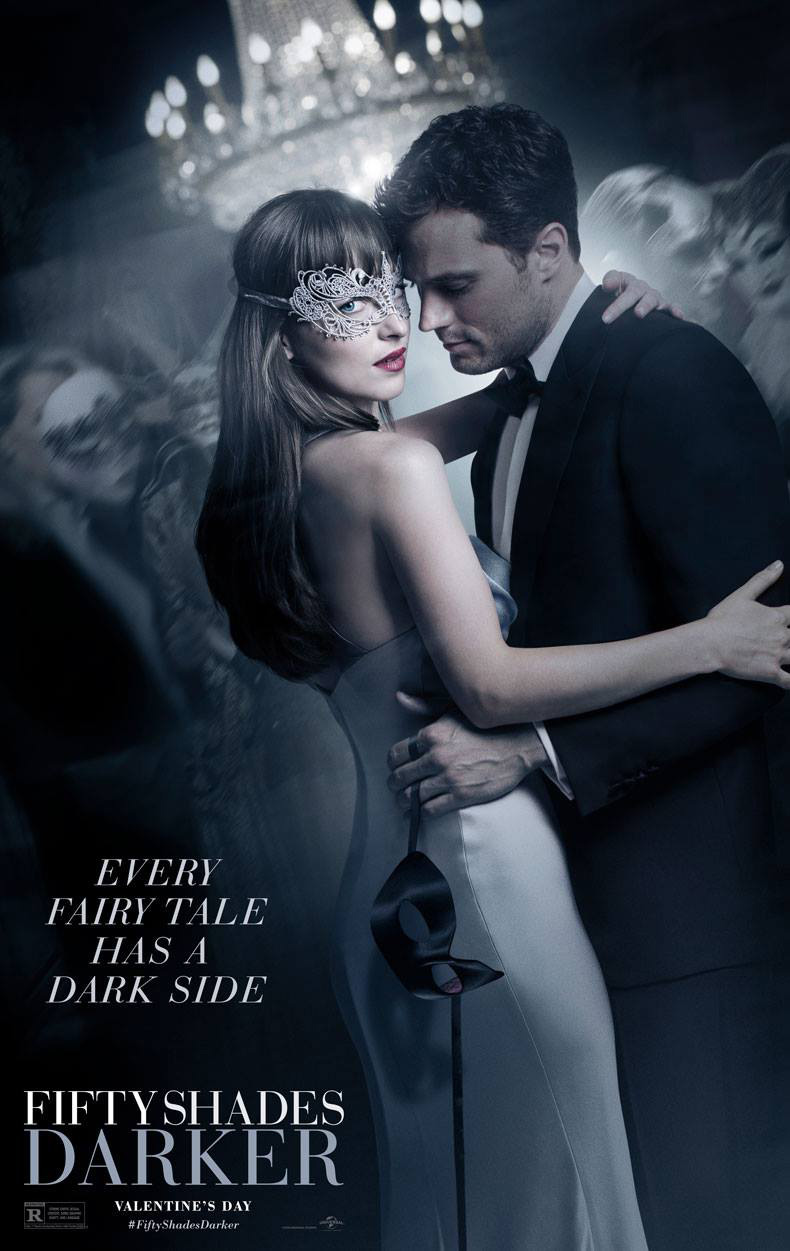 ’50 Shades Darker’ premiered earlier this week as the second movie in the trilogy (Photo courtesy of ComingSoon.com).

About fifteen minutes into “Fifty Shades Darker” the person sitting next to me in the theater started snoring loudly, and missed about half an hour of the movie due to his nap. I deeply envy this person.

To be fair to the second installment of the trilogy centered around the character of Anastasia Steele, a name that gets no less cringe-inducing with repetition, it is a bit more enjoyable to watch than the first film.

The plot of the movie is as asinine as it is atrocious, with the sadistic and creepy millionaire Christian Grey coming to a photo gallery where Anastasia’s friend is putting on an exhibit of posed photographs of her. Grey proceeds to buy every single one of the photos because he doesn’t like people “gawking” at Anastasia. He then begs her to take him back over dinner, promising no more punishments or contracts and that he wouldn’t try to control her life anymore. She says yes. Sex ensues.

That isn’t even the first ten minutes of the movie. And things don’t stop being that contrived and idiotic throughout.

The snoring gentleman tuned out around the time that Grey reveals he has complex NSA-like dossiers on all the female characters in these films because he has “his people” evaluate his “potential submissives.” It gets pretty weird.

To the filmmakers’ credit, they accomplished something I didn’t think possible. Even with Grey’s controlling behavior, his buying the company Anastasia works at, the massive secret dossier he has on her, convincing her to go to a masquerade ball with… things… inserted up her genitals, he is still somehow not the creepiest guy hitting on her. That award has to go to Anastasia’s boss, Jack Hyde, who I like to think of as Creepy McCreeperton. It’s hard to put into words, but when Christian Grey’s creeper senses are tingling around a guy, that should probably indicate trouble.

Characters in these movies get obsessed with Anastasia in a very short amount of time, because she’s the main character and she’s gorgeous.

No spoilers because nobody would believe me, but it gets a whole lot stupider.

Jamie Dornan actually manages to portray Christian Grey fairly well, Dakota Johnson somehow manages to say her lines with a straight face and make them half-convincing and even the actor who plays Creeperton is not bad by any means.

The direction and cinematography, on the other hand, are so weird that it boggles the mind. Not for any major reason, but for a lot of little things. Aside from not understanding what an establishing shot is, how to film dialogue or how to make good scene transitions, the characters just move around and behave in ways that are strange and uncomfortable. Nothing flows in this movie, making the scenes a chore to watch.

The best thing about this film by far is the music. Aside from one song by Taylor Swift and Zayn, the music is gorgeous, sensual and evocative. Bless Danny Elfman – he made a part of this film that was legitimately good. It belongs in a better movie.

“50 Shades Darker” is not an easy film to like. It’s about as kinky as a cardboard box and has just as much personality. It doesn’t inspire vitriol, though. It’s a fascinating and baffling kind of bad where nothing quite makes sense. Really, if the film would just embrace how stupid and zany the story is, it could have reached “so bad it’s good” territory.

It was totally awesome… I don’t agree to this