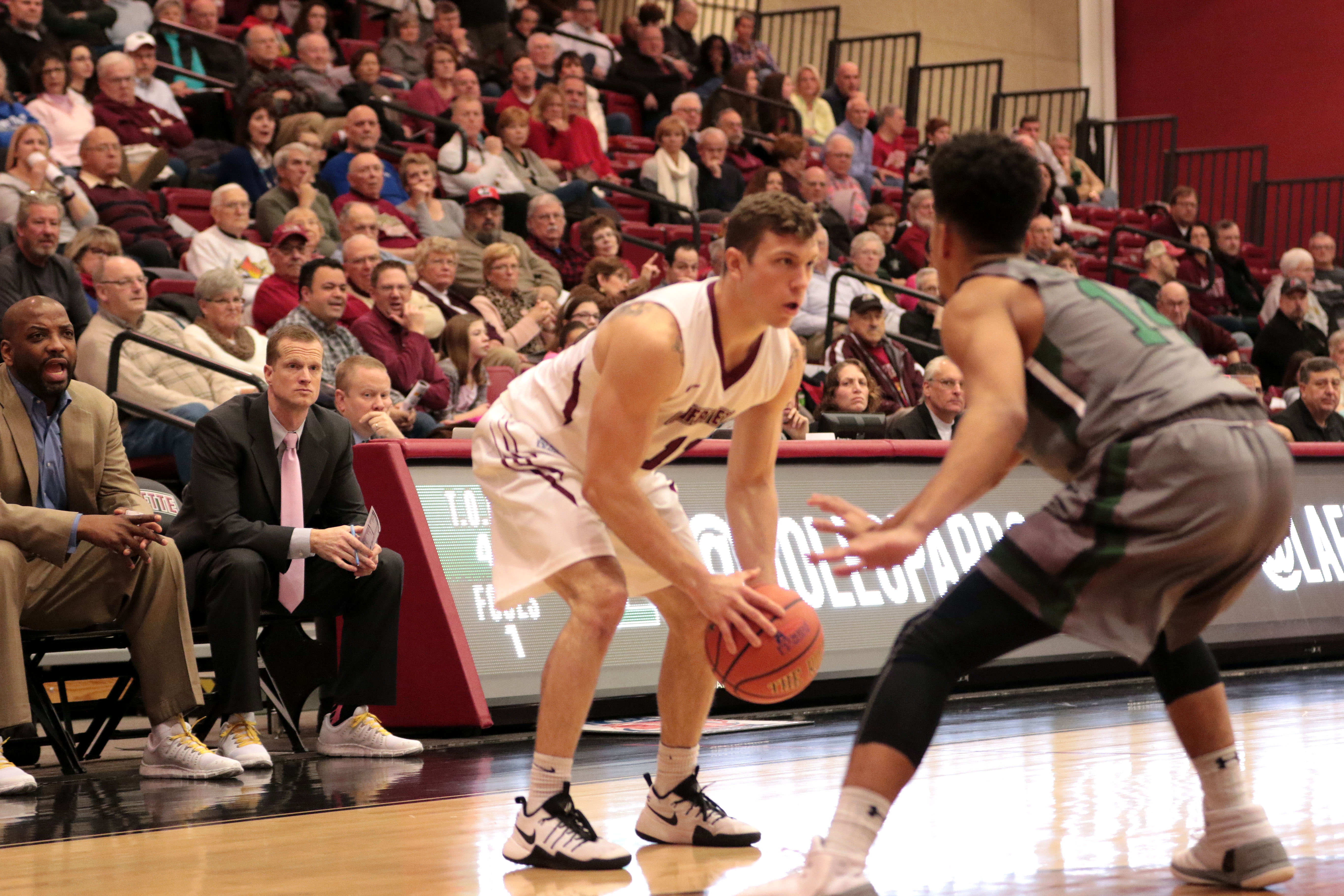 Nick Lindner has entered the record books this week. (Courtesy of Athletic Communications)

After losing nine straight games, the Leopards got back into the winning column against Holy Cross with a 69-59 victory.

The Leopards currently hold a record of 7-17 and 3-10 in the conference. Their only two conference victories came against Loyola and Army before their victory against the Crusaders.

Prior to their win against Holy Cross, the Leopards traveled to West Point on Feb. 1 to take on the Golden Knights, who are also struggling to find their way in the Patriot League this season. Senior captain Nick Lindner notched his 500th career assist and finished the night reaching number 502. Lindner is the sixth player in Patriot League history to reach 500 career assists and is second in Lafayette basketball history.

The Leopards were cold in the first half of the game and trailed by as many as 21 points with just under six minutes remaining in the first half. They went into the locker room with a 20 point deficit hanging over their head, but managed to close the gap to single digits midway through the second half.

The second half surge was not enough to overtake the Golden Knights, as the game finished 80-73. Sophomore forward Paulius Zalys led the team with a season high 18 points and was followed by Linder, who notched 16 points to go with his five assists.

The Leopards then traveled up to Boston on Sunday to take on the Terriers, who sit in third place in the Patriot League. Lafayette held its own in the first half and went into the locker room with a 41-40 lead.

The second half saw the Leopards fall cold once again, as they went nine minutes without scoring their first bucket. Lindner led the leopards with 13 points and three assists and was followed by Zalys who had another solid outing notching 11 points and eight boards.

On Wednesday, Holy Cross came into town and the Leopards were looking to end a nine game skid. In what seemed to be something out of the Twilight Zone, the Leopards jumped out to an early 13 point lead, only to see it cut to one at the beginning of the second half. They responded to the Crusaders’ run and finished strong defeating them by a score of 69-59. Junior Matt Klinewski scored 26 points and had eight rebounds while freshman Kyle Stout added 16 points and six rebounds of his own.

As the season winds down, the Leopards only have five games left before the start of the Patriot League Tournament. Although they can’t climb much higher in the standings, a successful end to the season could build some momentum for a possible Cinderella run in the conference tournament.