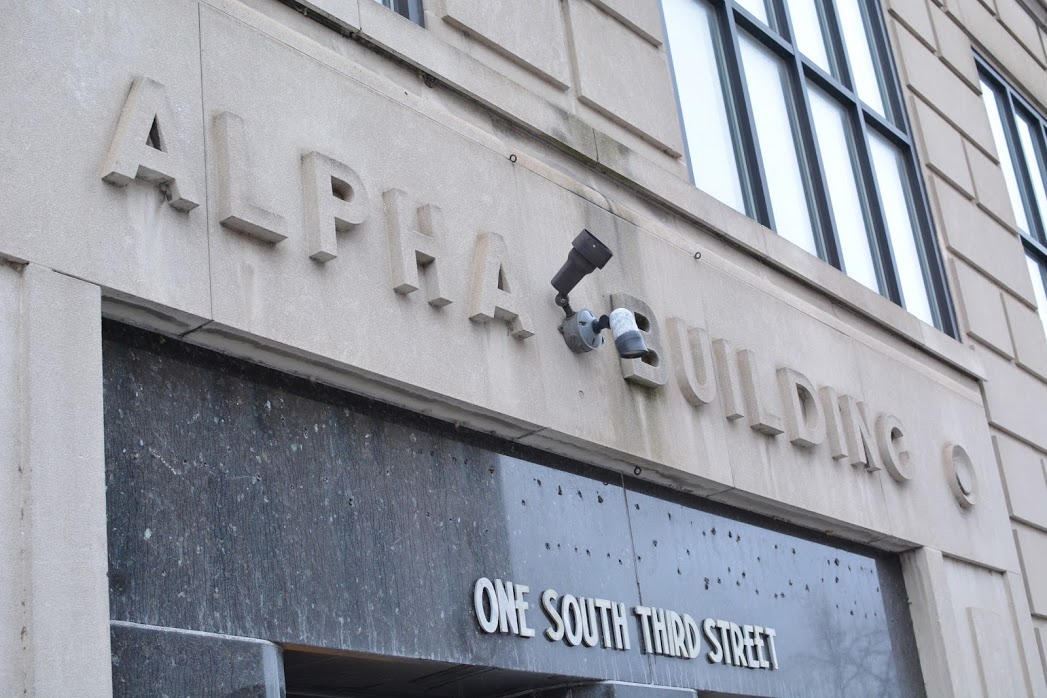 Outside of Alpha Building in downtown Easton, which some Lafayette offices occupy. (Photo by Courtney DeVita ’19)

Lafayette departments have now taken over three floors – soon to be four – of the Alpha Building in downtown Easton.

Vice President and Chief Information Officer John O’Keefe said that despite the obvious benefit to the college of leasing these offices downtown, the city of Easton benefits from their presence all the same.

“There’s clearly a benefit to the college in decompressing campus and making more space on campus in a way that’s more affordable than having to build [new] space, and that enabled the college’s strategic direction,” he said. “But I think there’s equally a wonderful story here about the college and the partnership with the city.”

“We have over 50 people now who are down here every day, part of the community, walking around, going to restaurants, we have cabinet meeting down here today, we went out to lunch downtown,” he added. “This move represents a really important step for the city as well.”

The consensus among the new downtown-residing employees is that the facilities are a major upgrade, Vice President for Marketing and Communications Mark Eyerly said.

Photographers and videographers Clay Wegrzynowicz and Kevin Vogrin said that their new office is a huge improvement, since they no longer have to share a desk and their walls are effectively soundproof.

Director of Community Partnerships Bonnie Winfield said she is especially pleased with the increase in quality of her space. The community engagement offices include an arts studio and a room filled with rocking chairs, a designated “center for dialogue.” In the middle of this room is carpet made out of recycled Lafayette T-shirts created by local artist Susan Huxley.

The arts studio “is used for the Journey Home, a program that is associated with the local jail,” Winfield said.

The space as a whole, Winfield said, is three times as large as the previous location at 522 March St. and her two previous storefronts. The Landis MOSAIC program will be holding the very first event in the new training center of the office this weekend.

One major upgrade from ITS’s previous office space is that the department’s new offices have windows, O’Keefe said.

“Our offices were in the basement of Skillman and the basement of Pardee, so the fact that we can look outside and see that it’s sunny or cloudy is a nice improvement,” he said.