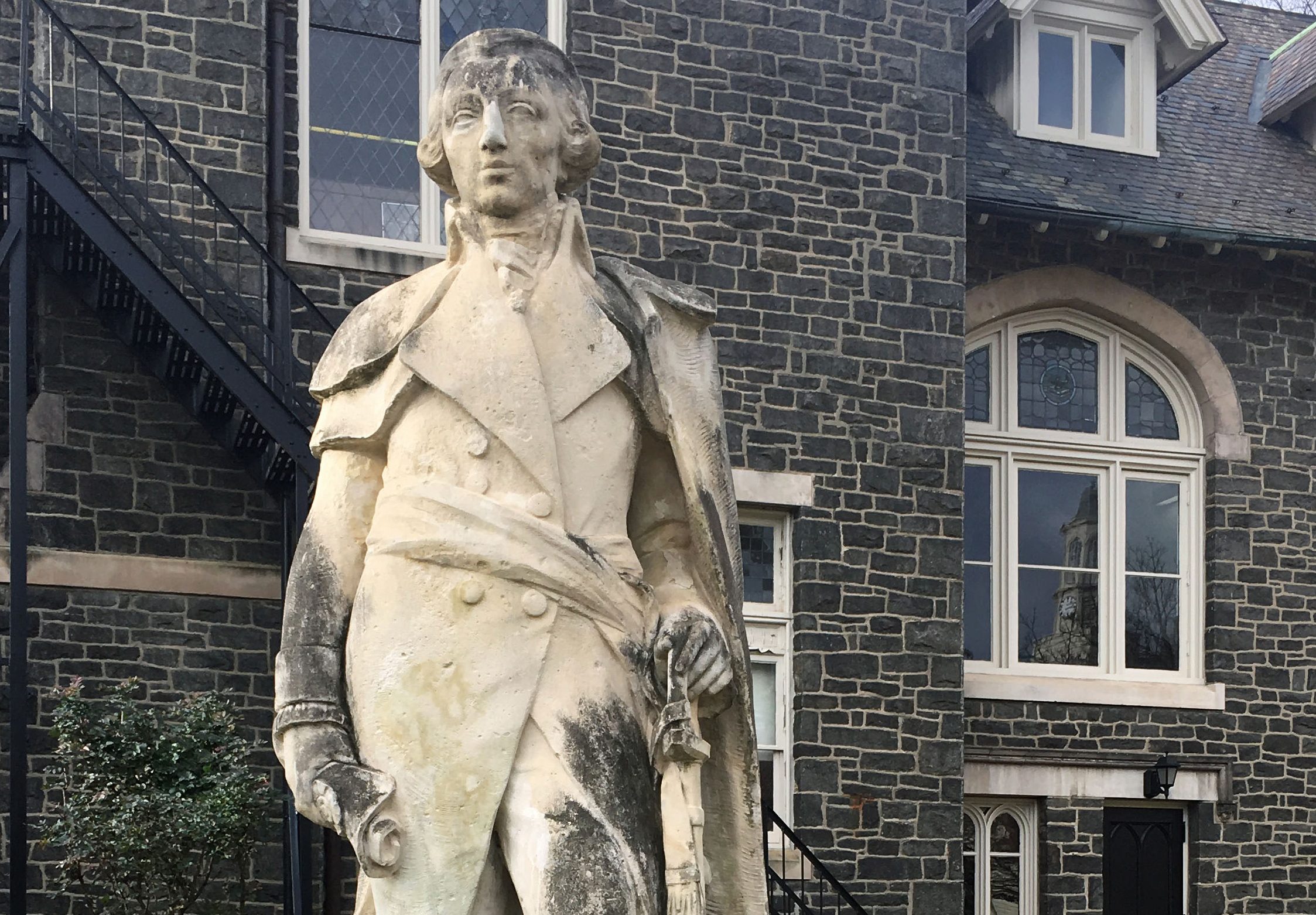 On campus, the Marquis de Lafayette is known as French nobility and a revolutionary war hero. What students may not know about Lafayette is that he was an early and dedicated abolitionist.

Lafayette’s anti-slavery platform is the subject of a new exhibition at The Grolier Club in New York City, according to Lafayette College’s Director for Special Collections and College Archives Diane Shaw, who is also one of the exhibit’s curators.

Called “A True Friend of the Cause,” the exhibit houses approximately 130 pieces, many of which are originally from Lafayette College. Each piece is inspired by the Marquis de Lafayette’s progressive opinions on human rights and slavery.

“The exhibit features documents on the first experiment on gradual emancipation, which was done by Lafayette starting in 1785,” professor of French and co-curator of the exhibit Ogla Duhl said. “Nobody really put this into practice except the Marquis de Lafayette.”

On Tuesday, Duhl and Shaw moderated a round-table discussion about the exhibit at The Grolier Club. Speakers there included professors from Harvard University and the Parsons School of Design.

Duhl and Shaw had been interested in presenting the exhibit, but Duhl’s membership at The Grolier Club ultimately provided a location for it. Shaw said that she believes the popular Broadway musical “Hamilton” also helped to set the exhibit in motion, with the Marquis de Lafayette being a principal character in the show.

In fact, one of the featured pieces in the exhibit is a letter from both Lafayette and Hamilton addressed to George Washington, Shaw said.

Many pieces come from Lafayette College’s substantial collection of rare 18th and 19th century books, manuscripts, paintings, prints and objects, “some of which are on public view for the first time,” according to a press release.

The Marquis de Lafayette worked as an abolitionist in France, the United States and South Africa. Lafayette desired freedom for all, and was a strong believer in equal opportunity.

Shaw said her favorite piece in the exhibit is a letter from James McCune Smith to Lafayette on Lafayette’s Farewell Tour of America. Smith had written the letter to Lafayette at age 11, and grew up to become a leading abolitionist and the first African-American trained physician. Shaw said that on Lafayette’s Farewell Tour and during his time in America, the Marquis made gestures to let African-Americans know that he was an abolitionist.

The exhibit tells the story of the Marquis de Lafayette’s impact, and includes pieces from before, after and during the Revolutionary War.

“Even after his death in 1834, his influence continued, particularly in America, where abolitionists, both black and white, continued to cite his example,” the press release reads.

“Seeing this exhibition made people proud of Lafayette, the man and the College,” she added.

This exhibit will be at The Grolier Club in New York City until Feb. 4.

Correction: A previous version of this article incorrectly attributed two quotes to Director for Special Collections and College Archives Diane Shaw. Both were from a press release. This article has been edited to reflect those changes.