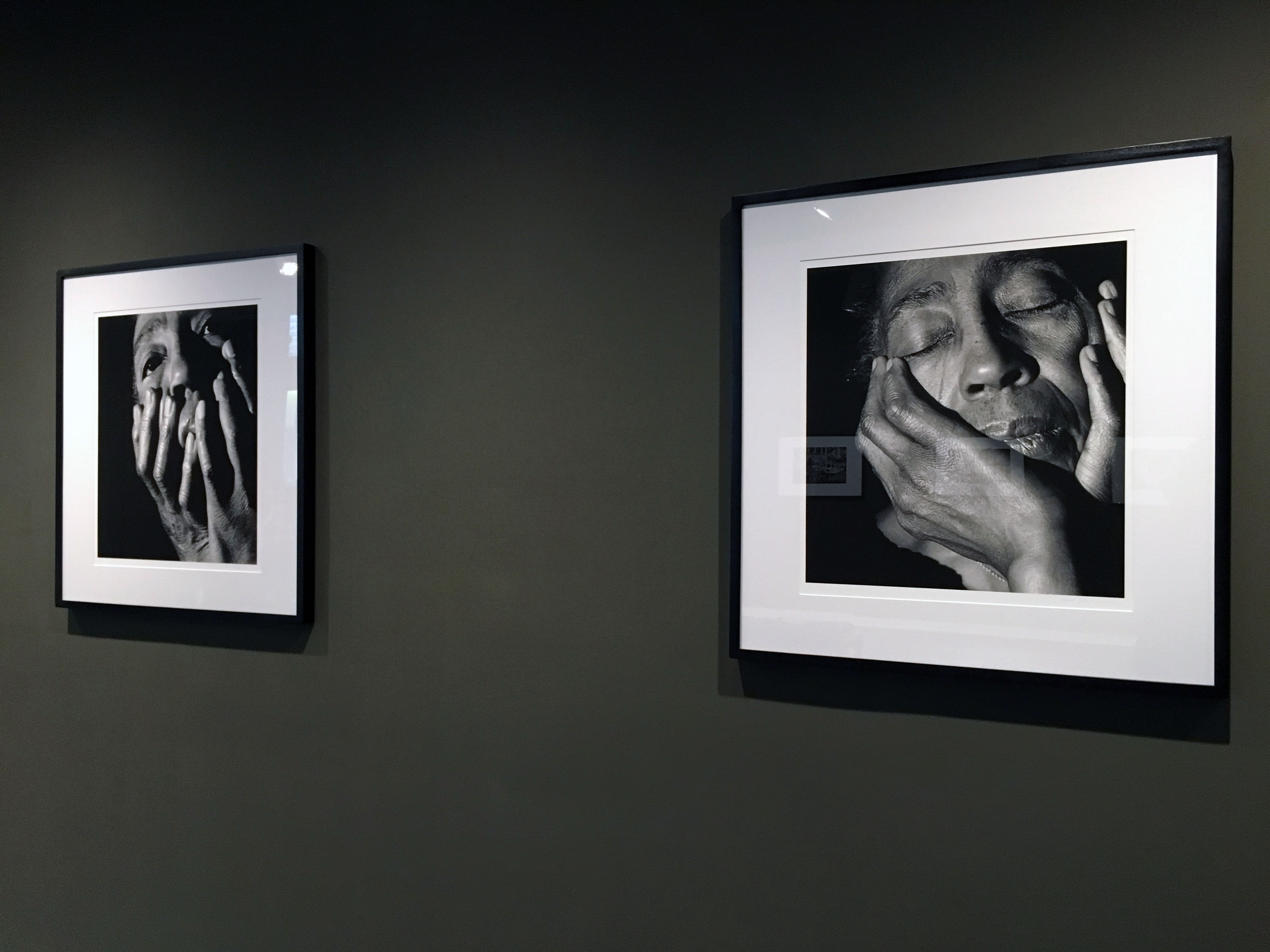 The Focus III Exhibit explores different perspectives of portraiture, and is located in the Williams Center for the Arts Grossman Gallery. (Photo Courtesy of Lauren Fox ’19).

A photography exhibit on campus is bringing the Lafayette community a brief respite from selfies and Instagrams, and a return to more traditional portraiture. “Focus III: Photographer and Subjects” will be on display at the Williams Center for the Arts Grossman Gallery from Jan. 24 – Feb. 25.

The exhibit was curated by Lafayette professors Greta Brubaker and Karina Skvirsky, who teach Digital Photography I, as well as professor Alessandro Giovannelli, who teaches Philosophy of Art. Together, the Lafayette faculty sorted through over 1,200 prints donated by Bennett J. Goodman ‘79 and Meg Goodman to form a set of cohesive images for the exhibit.

The exhibit begins with studio portraits from an editorial perspective. During a walk-through of the exhibit, Skvirsky stopped at a photograph of a child perched on a stool, a metal pole behind her directly in the center. There was something subversive about the image.

“This one’s bizarre, right?” Skvirsky said. “It’s like, what you’re not supposed to do, which makes it interesting.”

Skvirsky also pointed out a series of more contemporary photographs of New York from the 1970s. In some of the photos, the subjects seemed intuitively aware of the photographer. Others captured people lost in their routine, ignorant of the photographer. Skvirsky said that she found these images of the 1970s particularly compelling because of their ability to “give you a sense of the place or moment in time.”

The images selected are portraits that fell mainly in the category of street photography, which she described as “candid pictures of strangers, or more traditional studio portraits,” according to Brubaker.

“We started thinking about the idea of the contrast between these very informal pictures that are sort of taken on the spur of the moment, and then some more formal ones,” Brubaker said.

One key difference between formal and street-style portraiture that Brubaker highlighted was the way in which people react to the camera. She said that people are captured differently when they know they are posing for a picture, compared to when the scene is candid and organic.

Despite the two contrasting styles of portraiture, Brubaker said that there is a cohesive nature to the exhibit. While the two styles contrast, they also highlight the unique qualities of each other. Additionally, images that do not fit neatly in either category help draw the pieces together.

“There’s a couple where people are in restaurants or in their office, things like that, where they know the photographer is there, maybe they’re looking at the camera,” Brubaker said. “It has a more formal feeling than taking a picture of someone just doing something on the street, but not quite as formal as if they were in a studio setting with a backdrop and lights on them.”

“There’s a very different way that people respond when a camera is pointed at them, when they know that the photographer is there,” she added.

“You can really just get lost in the humanity in the images and how they represent these interesting moments,” Skvirsky said.