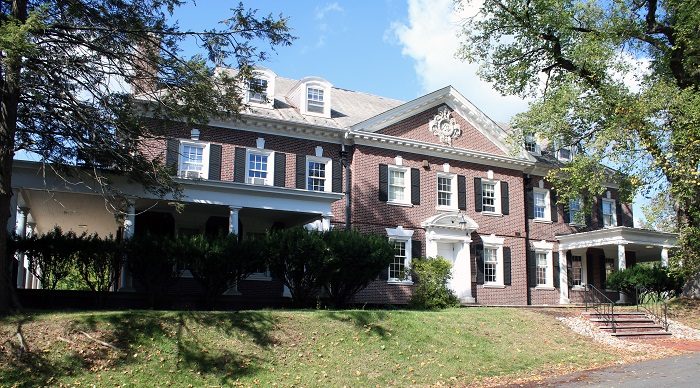 Fighting to return to campus for 12 years, Chi Phi is now one step away from returning to their house as a full chapter. But their work may have just begun.

President of the chapter Mike Kaplan ’18 received an email during finals week last semester that culminated years of sometimes controversial efforts to come back to campus. Lafayette decided it would recognize the Rho chapter of Chi Phi as a colony.

Kaplan said the coming year will be “busy.”

In an eight-page letter to Kaplan, Advisor to Fraternities and Sororities Dan Ayala laid out exactly what needs to be accomplished before they are accepted as a full chapter. The 15-strong group of brothers have between two and four semesters to hold various programs and complete trainings on leadership, brotherhood, sexual violence, alcohol and hazing.

Ayala wrote that the recognition committee, composed of students, faculty and staff, commended the group’s presentation, the alumni support, and the brothers’ “tremendous amount of passion and dedication, through the personal narratives shared by its presenters. [sic]” The committee also appreciated that the group directly addressed their previous problems with conduct and measures to resolve it, the letter continued.

Last semester, the Chi Phi interest group was investigated for hazing that led to two and as many as four hospital transports. Kaplan said several brothers were removed from the group at the beginning of last semester as part of their “new direction” toward chapter status.

While the committee believed other aspects of their application allowed them to become a colony, the committee was “deeply concerned with other aspects of your presentation including its organizational conduct record, relating to allegations of hazing and alcohol related incidents,” according to the letter. The committee also felt the group could make efforts toward more cultural appreciation in addition to diversity within the group.

Ayala also noted in the letter that it was still unclear what strategic goals the organization has beyond the group’s preparation for the presentation and their strong desire to live in Vallamont, the house managed by the college but owned by Chi Phi. Despite their drive to live in the house, Kaplan accepted that it may be another year before the brothers move in.

“The way the school has it worded, we’re not allowed to move into the house until we’re a fully recognized Greek chapter on campus,” Kaplan said, adding that he agreed with the reasoning from Ayala.

“There is so much that they’re going to have to work on,” Ayala said, “that to be distracted by having the facility was just going to be another piece of it that wasn’t in the spirit of what we were looking for.”

Ayala added that he would be open to having chapter meetings in the house, a move that Kaplan was intent on securing.

“There were some areas that we wanted them to focus on, so namely just identifying some membership development activities that they can engage in, that helps them refine what their organization represents,” he continued. “It will include some recruitment plans and some programming that they can do on campus, specific to diversity and inclusion issues, social justice issues.”

The recognition to colony status is also a win for many alumni. Jerry Blakeslee ‘70, the alumni advisor, said that it has been a “long, hard road to get here.”

Chi Phi was handed a five-year suspension from campus in 2005 for alcohol violations. After five years, it reapplied to the college, but Lafayette was undergoing a re-evaluation of its entire Greek Life program. Chi Phi sued Lafayette for management of its house, but the court only granted it ownership. The interest group applied last year for colony recognition, but another fraternity, Delta Tau Delta, was allowed to move forward in the process instead.

The college is requiring that the brothers create a philanthropic officer position and strengthen partnerships with the Landis Community Center and the office of intercultural development.

“Basically, we can’t make any mistakes,” Blakeslee said. “We had a little setback last spring that we had to overcome, so we’ve had to make sure none of the behavior exists anymore with any organization, and that we’re really doing it right.”

Chi Phi intends to grow from 15 brothers to 30 or 40 in the coming year. This would bring the proportion of male students in a fraternity to 27 percent, up from 24.2 percent last year and 17.4 percent before Delt joined in 2015.