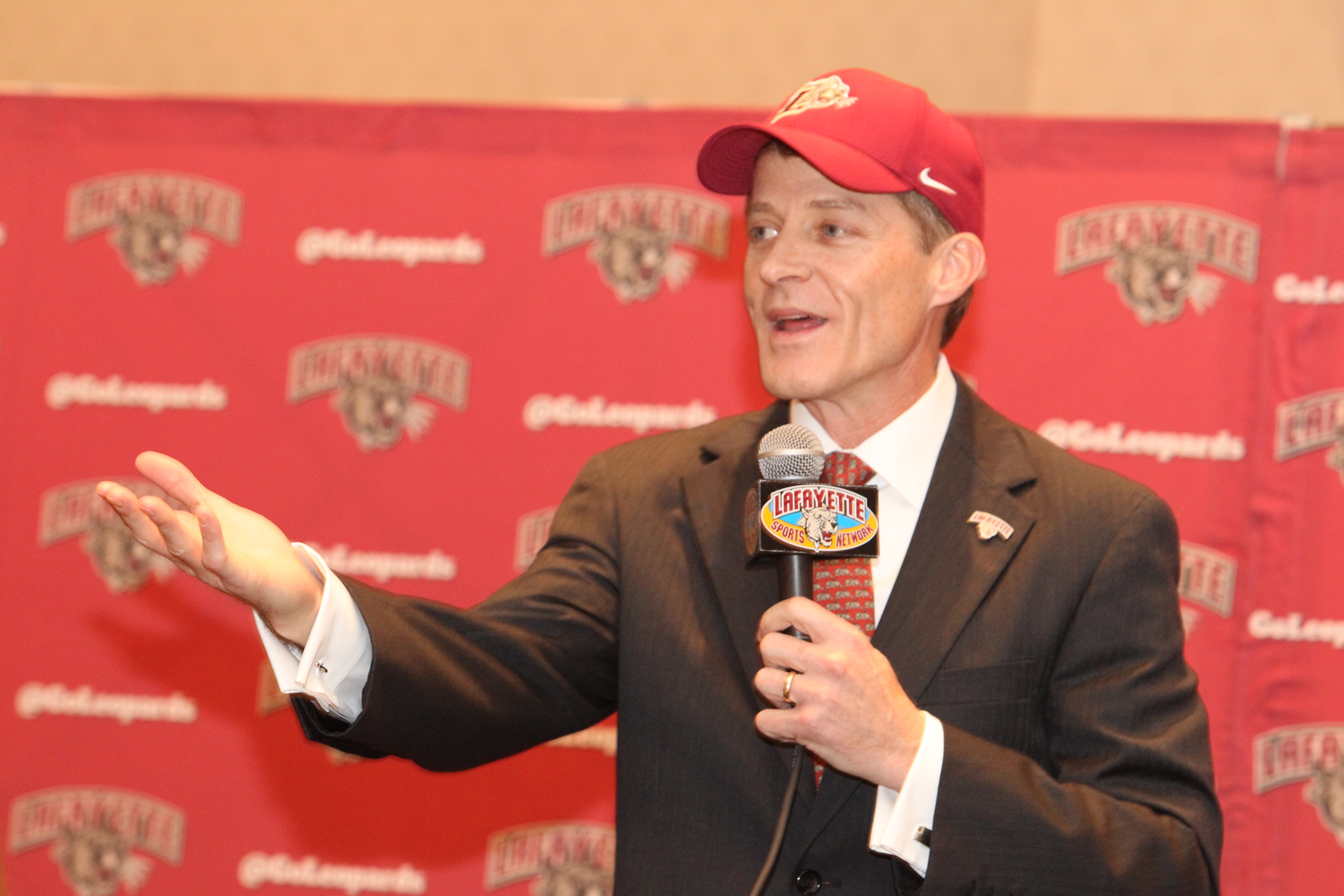 John Garrett was hired as the new football head coach of Lafayette after a nationwide search, the college announced at a press conference earlier today.

This comes after Frank Tavani left after 30 years at the college, 17 of which were as head coach.

Garrett is leaving his job as the Offensive Coordinator & QB Coach at the University of Richmond for the position. This will be his first time as a head coach in his 22-year coaching career.

Although he is leaving a position coaching college football, Garrett has coached for NFL teams such as the Tampa Bay Buccaneers, Dallas Cowboys, Cincinnati Bengals and the Arizona Cardinals. His brother, Jason Garrett, is currently the head coach of the Dallas Cowboys.

Garrett plans to motivate the Leopards during his time at the college.

“The number one thing that we need to do is we got to get the team to believe they can win,” he said at the press conference.

Because he was a student athlete at Princeton University, Garrett said he can relate to the students about what it is like to be a student athlete. With that, he added that he can encourage them to be successful at Lafayette.

“Be the best student you can be. Be the best football player you can be,” he said. “And those have got to be your highest priorities.”