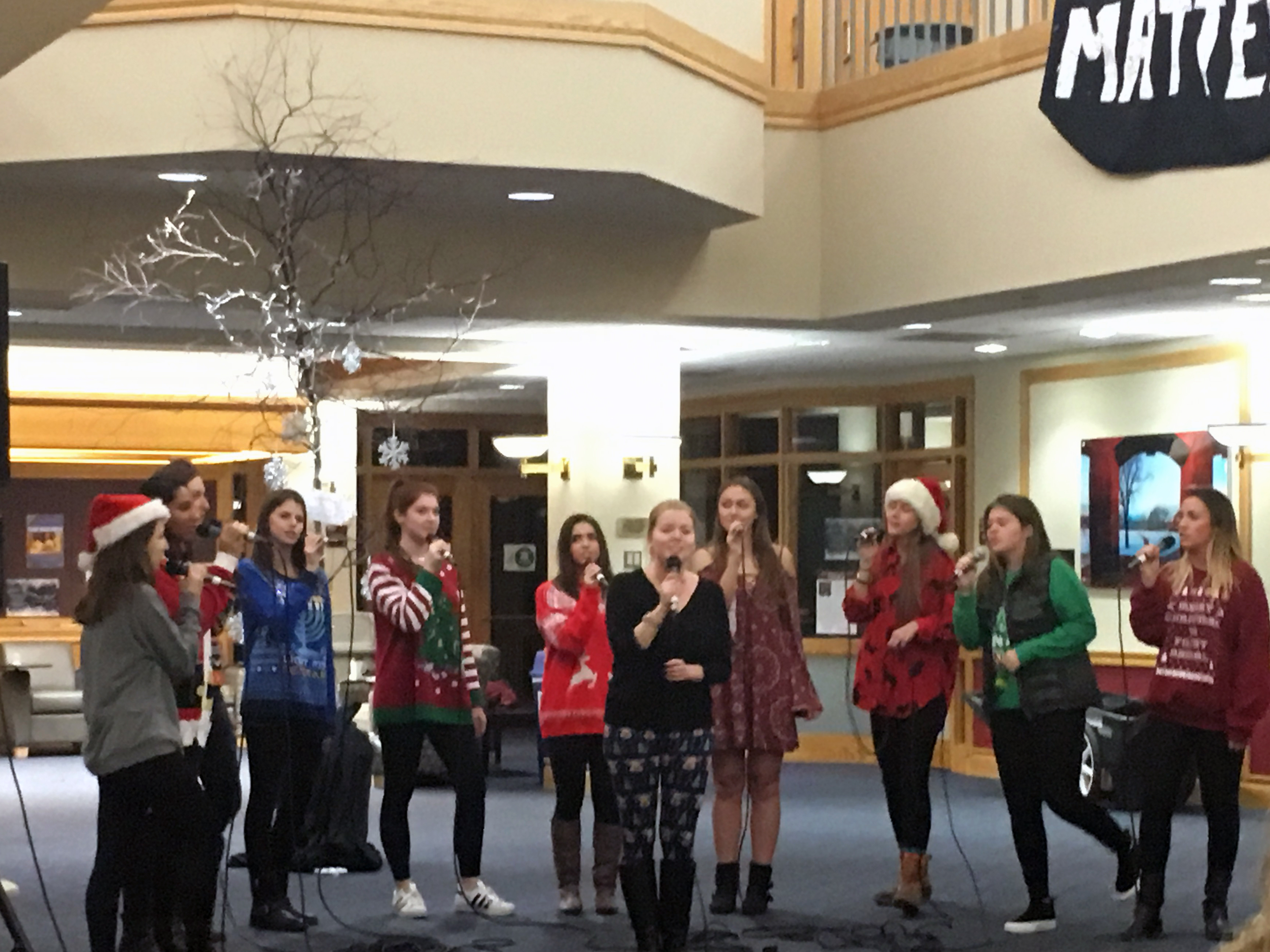 Cadence is one of four Lafayette groups that will perform Saturday (Photo by Lauren Fox).

The air is a bit colder, the days are shorter and cramming for finals is in full force – but among all those things, there is still some holiday cheer.

Cadence rang in the holiday spirit by hosting its annual holiday concert on Monday in Farinon. The concert also featured a performance by the Mar-Keys and was overall a fantastic show. Members from both a cappella groups were decorated in holiday sweaters, adding a nice festive touch to the event.

By the end of the concert, it was evident how much Cadence’s preparation paid off. The group played eight songs in total, featuring old and new songs alike. One that the group has performed in other concerts, was its rendition of “Hallelujah” by Jeff Buckley. Cadence just gets better with each performance of this song — they have truly mastered it.

The Mar-Keys went on toward the middle of the concert and performed Pentatonix’s version of “Joy To The World” and other tunes. The Mar-Keys put on a stellar performance of this song, with its upbeat nature putting a smile on audience members’ faces. It fit in well with Cadence’s performance and the hard work the Mar-Keys put into preparing the song was clear. It was a highlight of the show.

Cadence closed with their cover of “Love Yourself” by Justin Bieber that was slightly more fast-paced and fun than the original version, something that worked well for the song.

Overall, the two a cappella groups’ concert helped ring in the holiday spirit during the last week of classes.