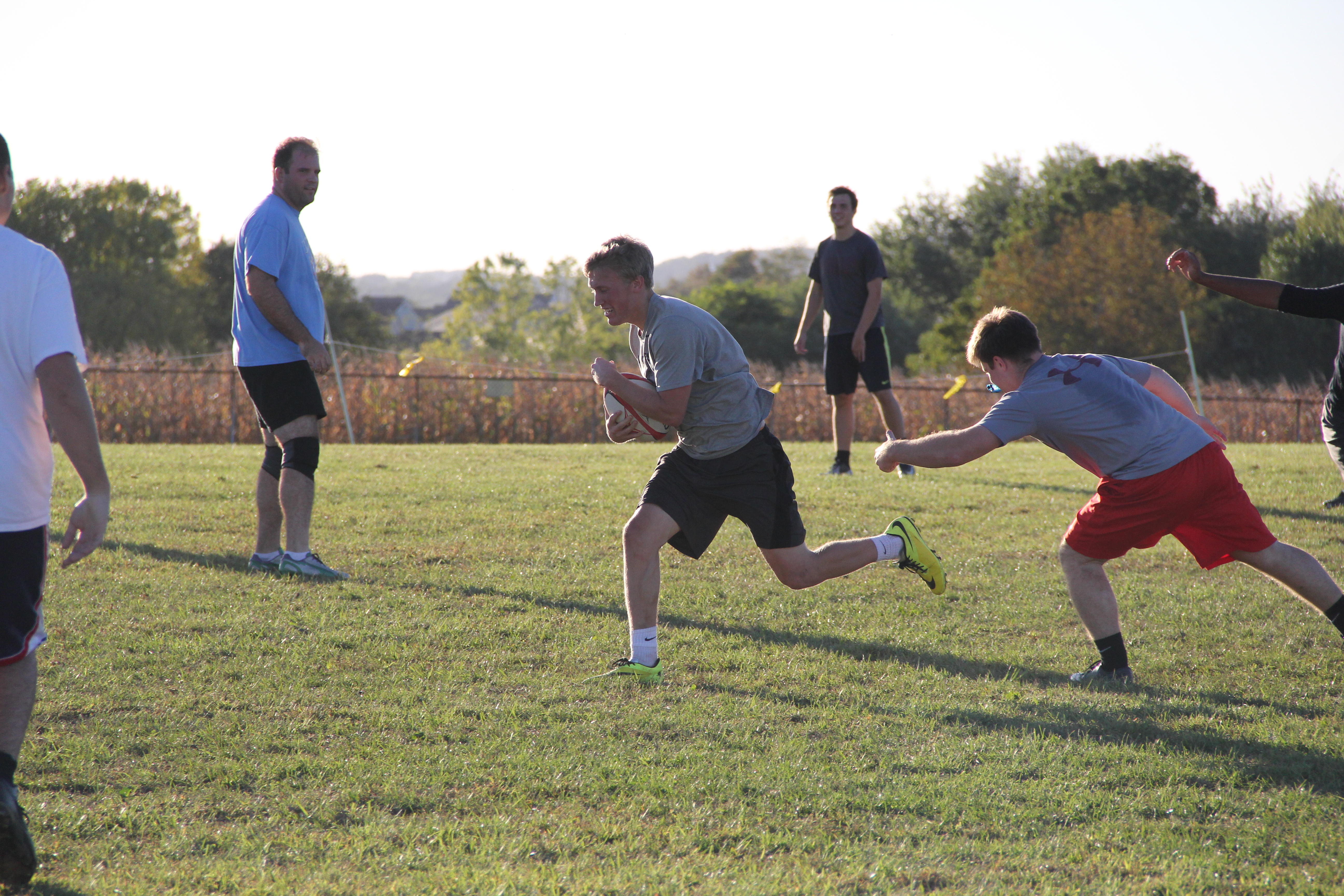 Despite suffering a number of season-ending injuries to key players, the men’s rugby team finished their fall 15’s season with a winning record of 5-3 and a playoff birth. However, their season ended this weekend with a 41-20 loss to Albright College in the quarterfinals of the playoffs.

This success came despite numerous injuries. Senior captain John Walker suffered a torn ACL in the second game of the season. Injuries to seniors Cody Renfrew and Lucas Reyes also set the Leopards back two key players. Additionally, junior Cam Bartlett suffered an injury in the spring season last year and was unable to return to the field this year.

Senior Matt Festa explained that following these injuries, many underclassmen stepped up as contributors. In specific, he noted that the play of freshman Antonio Brewer, junior Russell Tanaka and freshman Vince Degravelles largely influenced the team’s success this fall following the string of injuries amongst the senior class.

“What originally was a senior heavy team kind of turned into more of a developmental year with all the injuries and a lot of the freshmen stepping up,” Festa said. “We kind of transitioned from more of an experienced team to a young team.”

Festa also noted that the addition of assistant coach Brad Lawrence was an integral piece to the team’s success.

“Brad was a coach at Penn State in the past but moved out here for a job,” Festa said. “He’s gotten on board with us as a volunteer coach and he’s helped us out tremendously. He has a fresh perspective of the game.”

This breeds hope for the coming sevens season this spring. Festa said that Lafayette excels at the faster paced sevens game due to their speed. In recent years, Lafayette has won qualifying tournaments and a spot in the national tournament during the sevens seasons.

This is not to downplay the success achieved this fall. Overcoming the losses of major players and putting together a winning season is an accomplishment in itself.

“We had some key injuries and we still made playoffs, still placed well, despite those setbacks,” Festa said.

The team will spend the winter training and preparing throughout the winter to return to the field for sevens play this spring.