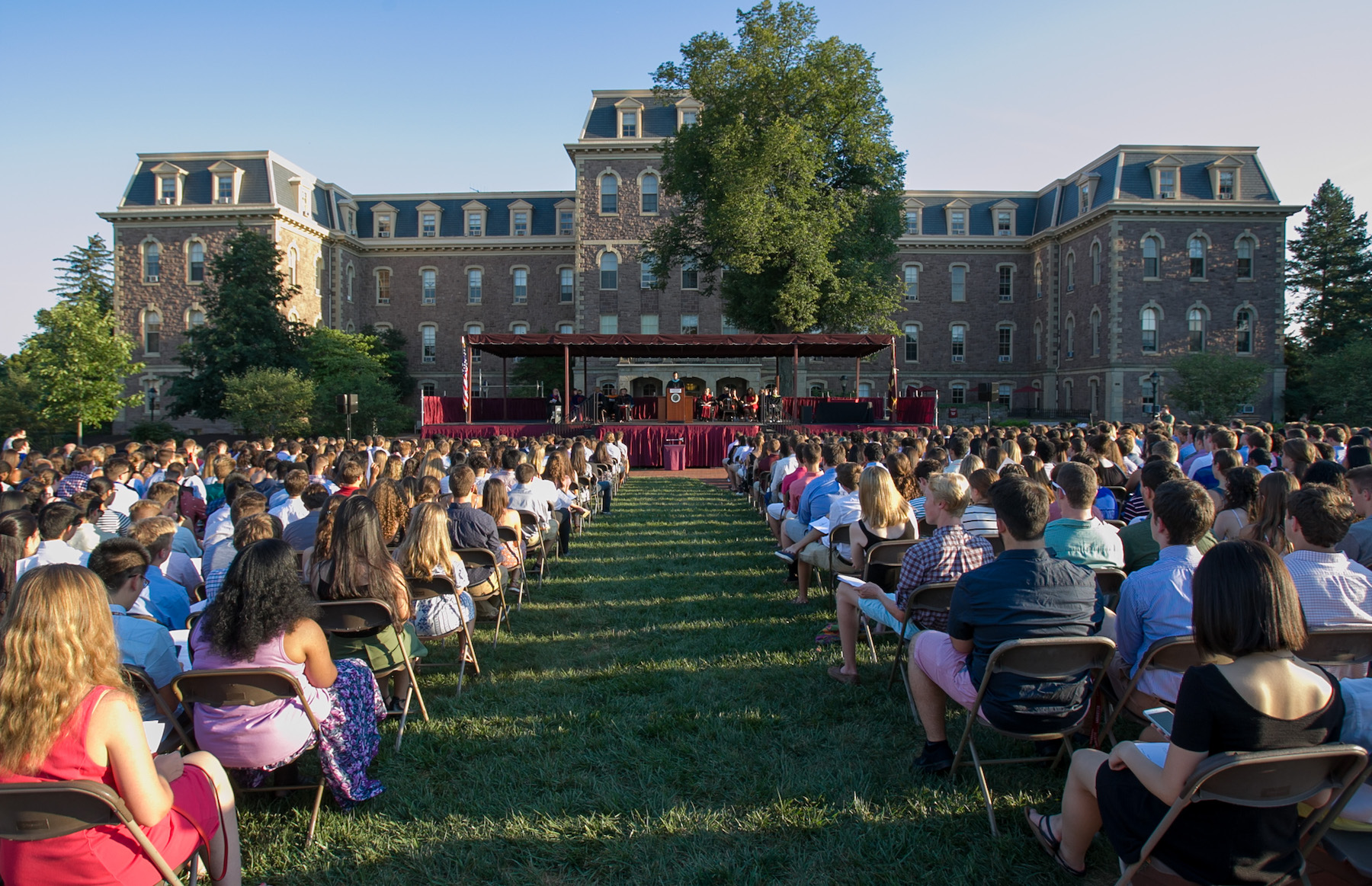 “As a black student, there were days when scrolling through social media and seeing all the racism spewed by Trump and his supporters was just too much to handle. And it leaves you terrified just to know that people espouse such hatred in their heart for you. On election night, as we all watched the results unfold, the room was electrified with fear and anger and sadness; the conversations switched gears from ‘she can still catch Trump up’ to ‘I’ll walk you back to your dorm since you don’t feel safe going alone.'”

“While many people are upset with the results, I believe this is a fresh start for the country.  I think it is an exciting time in American politics and we should all give Trump a chance. For me, this proves that anything is possible if you put your mind to it.  Donald Trump had never ran for office before and decided to run for the hardest position in the world and defied all odds by winning.  I believe this is truly a remarkable feat and I am confident we will see great change in the future.”

“Publicly and unapologetically, Trump ran on an anti-black, anti-woman, anti-Latino, Islamophobic, xenophobic, and homophobic platform. Yesterday, he used this platform to win the necessary amount of electoral votes to become President of the United States of America. The uncertainty that the ABC community and its allies are feeling right now is palpable. As President of ABC, I am proud of how supporting our community has been toward one another and want to remind our members to depend on one another because there is strength and love in this community, even now.”

– Valerie Melson ’17, President of the Association of Black Collegians

“I’m happy that Hillary Clinton is not in office, but I’m also upset that they were who we had to choose from. Someone who has no respect for the election process, and a lying, corrupt classic politician. I think that’s what this was, a rejection, an ‘F-you’ to the establishment, that much is obvious… I’m more happy that Hillary Clinton isn’t in office than I am upset that Trump is in office.”

“That the projections were so wrong I think reflects pollsters and media experts talking to each other rather than Uber drivers. My wish is that our community can respectfully hear one another and help people who are in pain. Donald Trump knows his customers, which in this case were voters.”

“My liberal peers seem to have abandoned the laborious intellectual tasks of understanding the complexities of the Conservative worldview and the diverse motivations of conservatives who backed Trump, enthusiastically or begrudgingly, and of defending the Liberal worldview with intellectual rigor and not succumbing to the temptation of treating their ideological opponents as unworthy of intellectual consideration.”

“He is unlikely to be recognized as the “leader of the Free World” since his values, reflected in numerous speeches, do not reflect the commitment of most Western societies to inclusion and equality. It is possible that, like Ronald Reagan, Trump will not stick to his more extreme positions; he may adopt policies that will not insist on building a wall along the US/Mexico border and deport millions of residents. But, his election marks a departure from America’s bipartisan policy of free trade, economic integration, close cooperation with our allies and clear-cut deterrence posture toward our opponents (especially Russia).”

“I will just say that as a woman, a feminist, a citizen of our country, I have realized that our fight is far from over. There is still much work to do and while I feel this election has been an extreme setback, we will rise and come back stronger than ever. This is not the end.”

– Emily Lynch ’18, President of the Association of Lafayette Feminists

“The country will see a change in the political landscape that has more uncertainty than any in recent history. This may be a time when we appreciate the wisdom of the checks and balances built into the United States’ political system. Personally, I hope both parties realize that the American people, when given an alternative to establishment party politics, however flawed, gravitated to that alternative. Hopefully this might convince the parties that a working government, where both sides cooperate and compromise, is the real answer that the vast majority of people want. I won’t hold my breath.”

“I think I can speak for the LGBTQ community as a whole in saying that it’s a terrifying possibility that the progress we’ve made toward civil rights in this country could easily be taken away by the new elected government. But this won’t stop us from fighting. We are here to support every marginalized community and any person who feels hurt, scared, attacked, and turned away by America’s new choice of leadership. The Gender and Sexuality Resource center in Farinon is always open to allow a safe space for students to come and unpack whatever they need to on loving and supporting ears and arms. ”

“One of the few specific policies that President-elect Trump produced is the “America First Energy Plan,” which would rescind all of President Obama’s actions on climate change. Mr. Trump will probably pull the country out of the 2015 Paris climate change agreement and stop all US funding of United Nations climate change programs—most likely leading to the collapse of the climate change agreement. These considerations and policy steps forecast disaster for both current international cooperation and even more importantly, sustainability.”

“[On the morning of Election Day], I got dressed up in a pantsuit and took my son with me to the polling station. I was in such a happy mood – I wanted him to witness me vote for the first woman president, and I was sure that she would win. I’m in shock and heartbroken. I don’t know how I will raise him in a world where Donald Trump is President, and I think the consequences are going to be catastrophic on every level – geopolitical, economic, social, ecological.”

“As someone who believes deeply in the ideals of social equity, justice, and simple compassion, to see someone who so clearly opposes those values elected to the presidency was deeply disheartening to me on a personal and political level. Despite this, I still hope that yesterday will serve as a catalyst for the justice seekers of the nation to organize against the racism, xenophobia and sexism that propelled Trump’s campaign.”

– Bridget Downey ’19, a psychology and anthropology and sociology major

“I’m hoping that either the Republican base won’t be strong conservatively as him and they won’t let him do most of the things he wants to do.”

“What bothers me is that some of these ideologies from both candidates are blatantly wrong. I hated how they were using Muslims like selling points and not as people. Both stated that they want us to ‘inform’ the public about terrorists as if we know who the terrorists are. They don’t understand that we fear going on planes as well [are] in fear of the terrorists… Even if Trump doesn’t believe in what his supporters are saying, his supporters are using his words to fuel their [hatred] towards minorities and progressive movements. They have now gained power to insult and disrespect others and this is what terrifies me.”