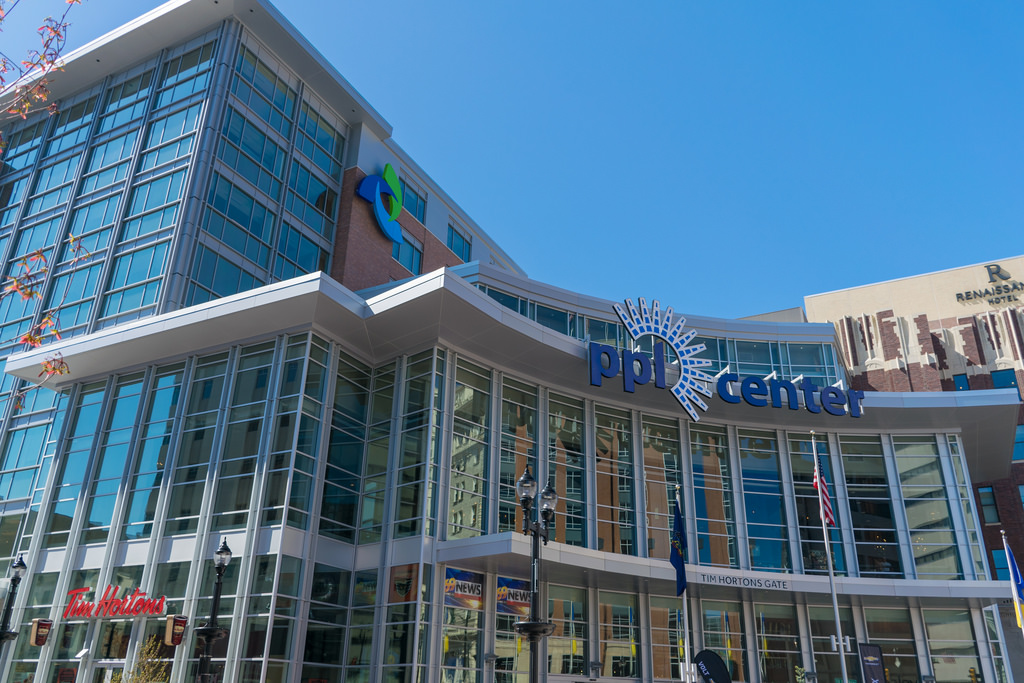 The PPC Center in Allentown, home of the Lehigh Valley Phantoms.

Few activities in this world provide quite the entertainment value as sporting events — even for those who are not themselves fans of the particular sport in question. Going to a stadium on a game day has a certain charm to it. There is an intangible excitement to eating the food, cheering for the home team and enjoying the spectacle of a night out, whether it be with friends, family or fellow fans.

A short bus ride away from Easton, in downtown Allentown, stands the PPL Center. The arena, which has the capacity to hold up to ten thousand people and hosts around 140 events each year, is the largest events center in the Lehigh Valley region, according to the official PPL Center website. However, the center’s real claim to fame is its use as the home arena for the professional hockey team, the Lehigh Valley Phantoms.

The franchise was founded in 1996 as the Philadelphia Phantoms before moving to Glens Falls, NY as the Adirondack Phantoms in 2009 and finally settling in Allentown in 2014. The team is ranked fifth in the AHL Eastern Conference at time of writing, with a record of 5-3 on the season.

The minor leagues may not draw the glamor of the NHL, but the local minor league team is an important part of the community, participating in many community events and local charity initiatives. The team runs a youth hockey group, getting kids up and active, and participates in an anti-bullying initiative called “Bully Busters Unite.”

For those willing to wait until April, there is also minor league baseball action going down in the Valley. At Coca-Cola Park in Allentown, rated by TripAdvisor as the top attraction in the entire region, the Phillies Triple-A Minor League affiliate the Lehigh Valley IronPigs play America’s pastime for scores of local fans. The gorgeous ballpark provides an inexpensive chance to get out and have fun this spring and the arena fits over ten thousand fans. The team is a winner, with a record of 85-58 in the 2015-2016 season.

Local sports can be fun to attend, and Allentown has its share of teams and arenas to provide entertainment for those hungering for a live sporting event or just a fun day out with friends.