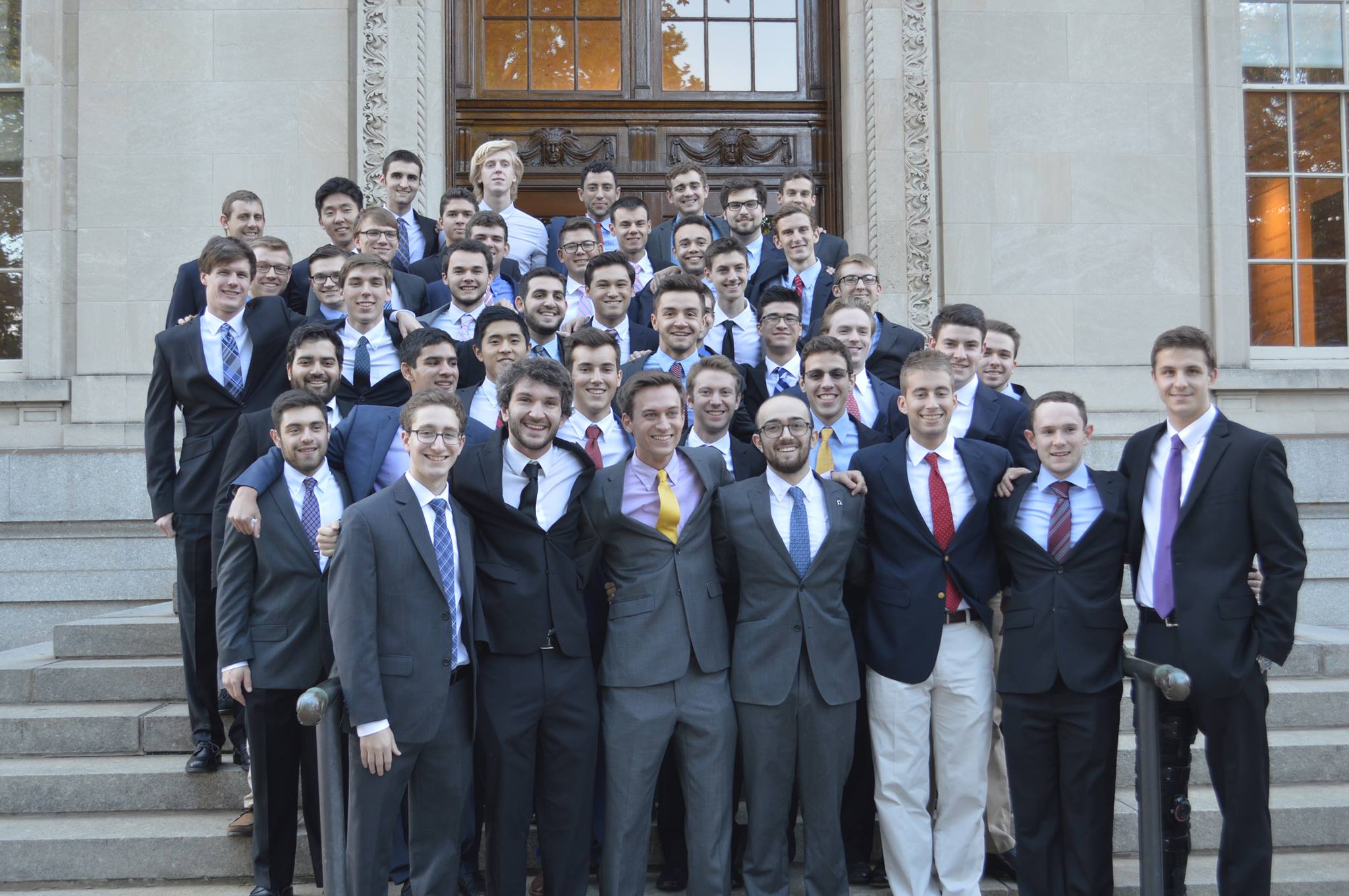 As the Delta Tau Delta interest group grew on campus from five founding members, then to 12, and then to 27 in the spring semester 2015, the dedicated students involved knew the future looked bright.

Twenty-six years after their original chapter was closed, a new chapter of Delta Tau Delta, known as “DTD” or “Delt,” as they are usually referred to throughout the nation, will be officially installed at Lafayette on Nov. 20. This is a historic occurrence on campus, as this is the first new or returning Greek organization on campus since 1993. Last fall, Delt was approved as a colony on campus, but did not have official chapter status.

Through the hard work of many Lafayette students, some of whom are now Lafayette alumni, this fraternity will now be formally recognized as a Greek organization both on campus and by the national executive Delt office.

Five days later, vice president of campus life Annette Diorio accepted the recommendation from a committee to recognize the fraternity on campus. The committee the fraternity members presented to was made up of students, faculty, and administration. Delt was notified of the acceptance on Tuesday, Nov. 8th.

“It’s really nice to be able to come back as a chapter. It’s reflective of a lot of hard work by a lot of people from a bunch of different class years,” Delt President Dan Vincent ’17 said.

To be officially recognized as a Greek organization on campus, Delt members gave a half-hour presentation to a committee of college officials a few weeks ago, detailing the way they set out to function on campus and answering questions from the committee about their goals as a group.

“Our presentation was mainly based on…how we fit into the Greek community in the last year, what our officer structure looks like, what are some challenges that we have, what are some strengths…our short and long term goals,” Vincent said.

While this information was only presented by a few members of the colony, many other Delt members had a part in this presentation.

“Really everyone [was involved], but being the president, I spearheaded the effort along with our [executive] board,” Vincent said, “which are eight other members and our [administration] board, which is another four.”

Advisor for fraternities and sororities Dan Ayala sat in on committee meetings and viewed Delt’s presentation. As a founding father of his own college fraternity, he said he recognized the difficulty of the process.

“This is a process that is unlike any other,” he said. “It’s not for the faint of heart…I think it says a lot about the students who choose to do something like this.”

He said his role was guiding the presenters to make the best case for themselves.

“The students are the ones that have to ultimately perform,” Ayala said.

“We’d just like to thank Lafayette College for the opportunity to come back on campus as a chapter, because for a lot of us this reflects one of the most proud moments of our life so far,” said Vincent on behalf of the new chapter of Delt.