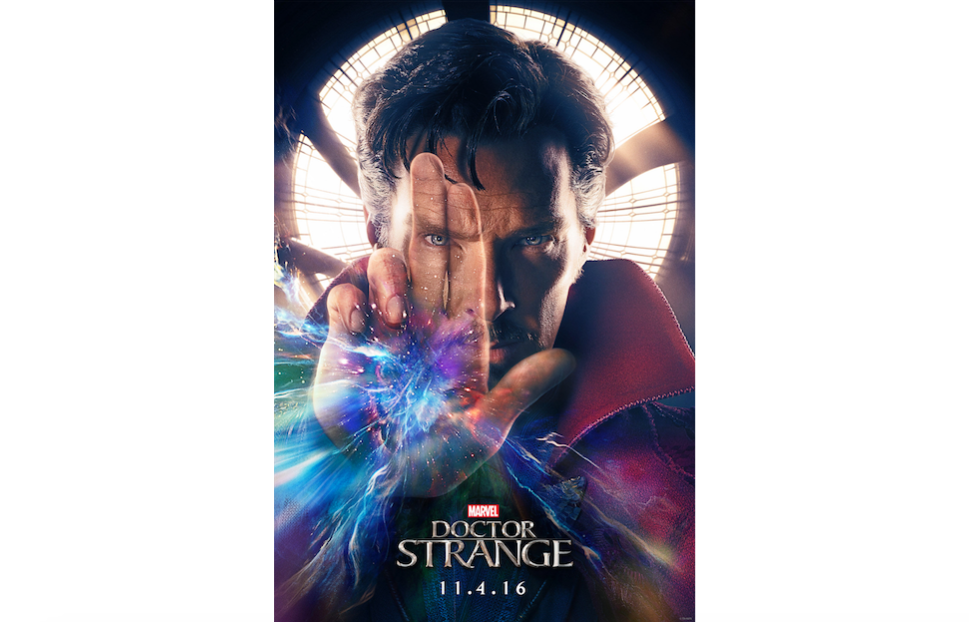 The newest Marvel film, “Doctor Strange,” stars Benedict Cumberbatch, Tilda Swinton, Chiwetel Ejiofor, Benedict Wong, Rachel McAdams, Mads Mikkelsen and is directed by Scott Derrickson. It is the story of Steven Strange (Benedict Cumberbatch) an award-winning yet egotistical surgeon who gets in a car accident that removes his ability to use his hands and thus destroys his career. He seeks help by traveling to Kuala Lumpur where he discovers the power of the Ancient One (Tilda Swinton) who teaches him the arts of sorcery. Mads Mikelson plays Kaecilius, an arrogant former student of the Ancient One who falls from grace and steals a world-ending ritual from the Ancient One.

So how does Marvel’s 14th movie stand with its predecessors? Entirely apart from them all. “Doctor Strange” is first and foremost a weird movie. From the fighting to the magic, it is nothing like any of the other Marvel films to date in terms of its feeling.

However, “Doctor Strange” plays out like every Marvel original story before it, which isn’t necessarily a bad thing. Marvel has perfected the heroes’ journey formula and, while Doctor Strange falls on a lot of the similar beats as Iron Man, Captain America and Ant-Man before it, it still does it very well.

The true feat of “Doctor Strange” is the intense and mystical new world Derrickson creates. From the opening scene, the fighting in this film is like nothing that has ever been seen — walls get warped, strange hand motions are used. While these effects may seem weird on paper, the fighting is executed perfectly in this film. The Naruto-esque hand motions used to conjure spells just flat out work and are fun.

But with all of these strengths, the best part of “Doctor Strange” is the acting. All of the Marvel films to date have had good acting, but every actor in Doctor Strange comes to play. Benedict Cumberbatch, playing as Steven Strange, stands out as the best embodiment of a character in the Marvel Cinematic Universe since Robert Downey Jr.’s Iron Man. His performance, along with the skill of all the other actors, cements “Doctor Strange” as one of—if not the—hit film of the fall.