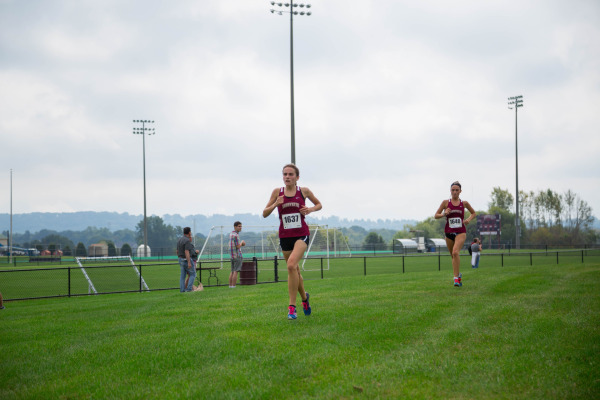 After a long, tumultuous regular season, the cross country team looked to place well in their first postseason meet. The Patriot League Championship this past weekend, however, stood to be a difficult test for the Leopards.

The tournament was hosted at Lafayette, with nine other Patriot League teams coming to the Metzgar Fields Complex compete. While the women’s team ended up finishing ninth in the tournament, a lot of their individual performers placed fairly well, including standout sophomore Emily Moore.

“It was exciting to run a personal best on our home course at the Patriot League meet,” Moore said.

Moore said she believes that she has made significant progress throughout the year, which was one of her goals coming into the season.

“I’ve been happy with my progress from the long runs and workouts that coach Straub had planned, and that I’m happy to be peaking at the right time,” Moore said.

Junior Katherine Millar also had arguably one of her best performances of the season, placing 63rd in the 6000-meter event with a time of 23:43. This marked a five second improvement from her previous top time, which she set at the Leopard invitational a couple of weeks ago.

On the men’s side, the team finished in 10th place. Sophomore David Sadvary led the Leopards in the 8000-meter event with a time of 27:39, which was good enough for 73rd overall.

While the team results look somewhat disappointing for Lafayette, the highlight performances from some of the Leopards’ younger runners provide some optimism for future races as the team gets stronger.

The next time the team competes will be at the NCAA District Championships at State College on Nov. 11.