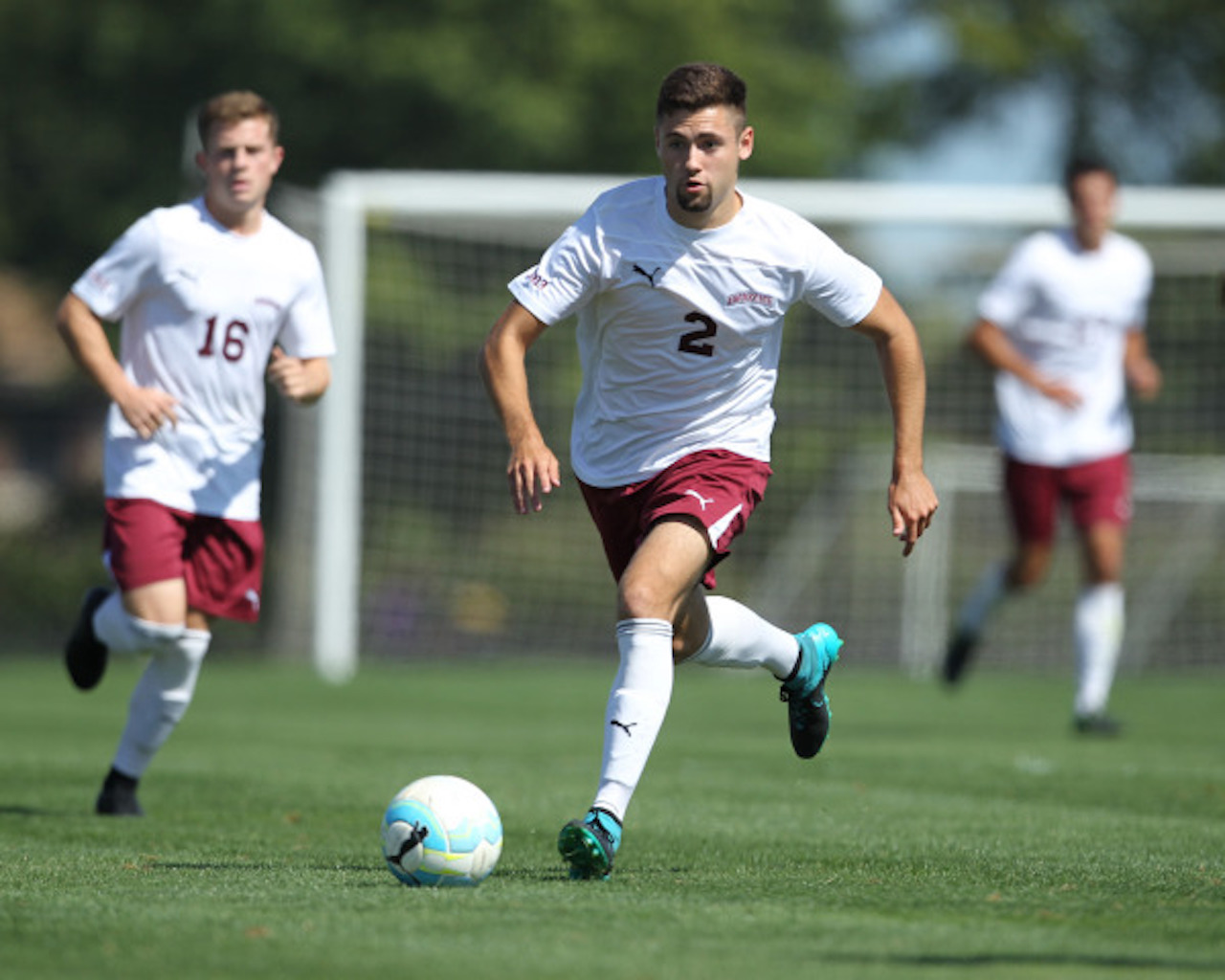 With a win on Saturday, the men’s soccer team would clinch a spot in the Patriot League Tournament for the first time since 2012.

The Leopards split their last two games, edging Lehigh 1-0 and falling in a 3-2 decision to Navy in overtime.

Senior Ryan Egan scored the only goal for the Leopards on a penalty kick in the 69th minute against Lehigh. Since the Mountain Hawks hold a shot at unseating the Leopards in the standings, this game was a crucial win for the team.

“It was a big rivalry game,” said freshman forward Evan Vare. “Coming out, we needed the three points to get ahead, and if they had beaten us, they’d be tied in points and have head-to-head [advantage] against us.”

Vare said he knew from the beginning that it was going to be a good day for the Leopards.

“We came out with a lot of tenacity and fire,” Vare said. “I could tell when we were all out on the field how badly we wanted it.”

After the big win against Lehigh, Lafayette missed a crucial chance to clinch their spot in the playoffs in their game at Navy. The teams traded two goals apiece in regulation, with senior Ben Marks and Vare scoring for the Leopards.

But in overtime, Navy was able to take advantage of a Lafayette mistake. As junior goalkeeper Brad Seeber went to catch a shot by Navy, the ball slipped through his hands. Two Leopards and one Midshipman dove for the ball and it ended up in the goal, but not without a little bit of controversy.

“He dropped it and the kid clearly hit it off his hand, but the ref’s positioning,” Vare said. “He wasn’t able to clearly see what happened so he wasn’t able to make the definitive call.”

The loss was a heartbreaker, but the Leopards are now even more motivated to clinch their playoff berth at home with a win against Colgate.

“For sure, Brad will come out next game with something to prove, and he knows that the loss wasn’t singularly his fault,” Vare said. “We all made mistakes and we’ll come out on Saturday and try and clinch a spot in the Patriot League playoffs.”

The Leopards not only feel confident about facing Colgate, but they are also ready to make their presence felt in the league championship tournament.

“I think that if we win against Colgate, we have a great shot at competing for a Patriot League title because once you’re in, it’s proven that any team can win,” Vare said. “Looking at our games that we played against all the Patriot League teams, no team was completely better than us besides American on that specific day. I’m confident that if we were to play them again, we’d definitely be able to beat them.”

With an intra-division record of 3-4-1 (W-L-T), Lafayette has a variety of possible seeding outcomes for the playoffs. The Leopards could rank as high as third with a win in a specific scenario, but a loss could potentially doom the team to miss the playoffs.

The Leopards’ fate will be determined this Saturday at Metzgar Field.