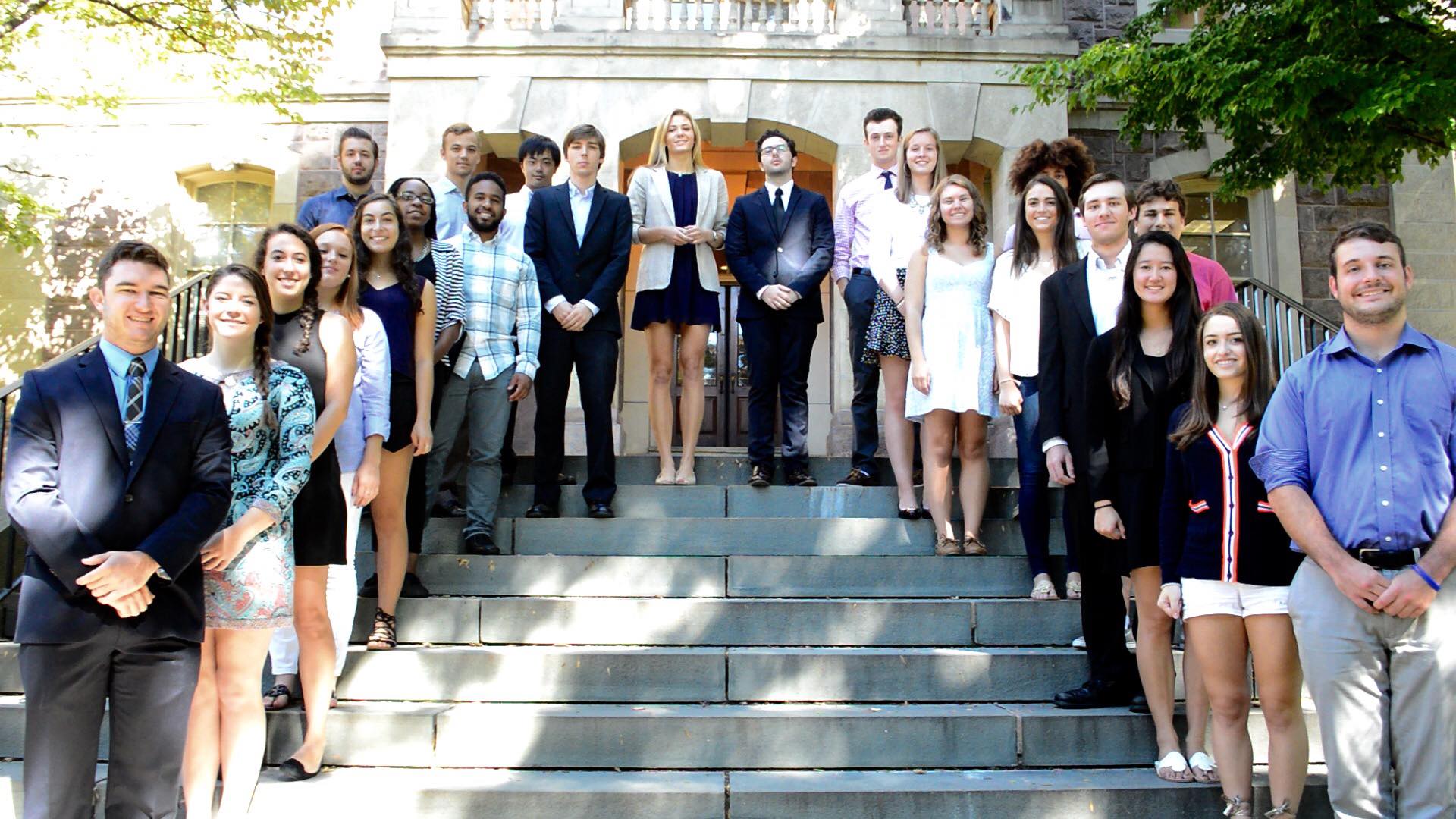 As the results roll in for elections across the nation on the Tuesday night, 120 Lafayette students will be hosting their own live broadcast on PBS39. They have the potential to reach six million viewers in the Pennsylvania and New Jersey area. The broadcast, entitled “First Vote in a Polarized Age,” will take place within the Farinon Student Center.

Six classes have been involved in the production, some of which are taught by policy studies professor Nicole Crain and economics professor Mark Crain. This includes a policy studies class, three first-year seminars (FYS) and a geology course.

Mark and Nicole and PBS39 executive producer Laura McHugh are the three executive producers for the show. However, the broadcast is completely student-driven, the two professors said. They’re just there to make sure all content and ideas are up to par with PBS standards.

“Our role is to facilitate, to provide the infrastructure, the space, the cameras, the financing,” Mark said.

There are several planned stages of the live coverage itself including analysts, a bullpen discussion with two Democrats, two Republicans, and a moderator and hosts providing live result feedback. Students from the geology class will also be making maps throughout the night as results from each state come in.

Caroline Mannix ’20 is in one of the first year seminars participating in the event, Politics and Polling taught by professor Gary Gordon.

“We are doing a poll featuring demographic questions and asking predictions for the election from the students at Lafayette, and hopefully some of our statistics will be included in the broadcast,” Mannix said.

According to Nicole Crain, her three classes, two of which are FYS, have been focused on producing video essays for the broadcast.

“These are pre-taped, two-minute looks at some aspect of the election,” she said. These videos will be aired during slow periods in the broadcast or when time is needed to transition.

“It’s a big operation,” Mark said. “It’s wonderful to see students to step up and take responsibility and take pride in delivering something.”

Kayla Magee ’19 is in the policy studies class participating in the broadcast. As director of marketing, it is her job to promote the event on the broadcast’s social media accounts, encourage people to enter into the forecasting competition to win tickets to the inaugural ball and entice students to come to pre-broadcast events in Lower Farinon on election night.

“Honestly it’s a lot of work,” Magee said. “I have to stay on top of things and keep people interested. Also, it’s my only opportunity to be on TV, or be a director for a production. I just really want people to know more about it and to come to the pre-party and be as involved as possible.”

According to a press release about the event, it is sponsored by a “generous gift” from J. Peter Simon.

According to Director of Advancement Services Stephanie Hayes, Simon, who is both an alumnus of the school and a trustee, has funded the election broadcast with PBS for the past two elections seasons.

“[Simon] in particular has an interest in policy and studies, and also quality internships and other high quality immersive experiences for students,” Hayes said.

The broadcasts are not endowed, meaning there is not specific endowment set aside for the event. However, when the time comes, the development office reaches out to donors like Simon who have contributed in the past.

“The money is held at Lafayette and the partnership is PBS, so the development office in conjunction with the professors come up with a number for what we think needs to support the program,” Hayes said.

According to Mark Crain, bringing the broadcast on campus requires a lot of effort and takes a lot of external resources.

“To do a remote broadcast in a professional way just about doubles the cost,” Mark said. “We will have a crew of about 30 people who will take about all day to set up. […] It’s a big deal in terms of the equipment, the professionals, and the crew to set up.”

Editor’s note: A previous version of this story listed Laura McHugh as a “PBS producer,” when her title is “PBS39 executive producer.” This article has been edited to reflect these changes.