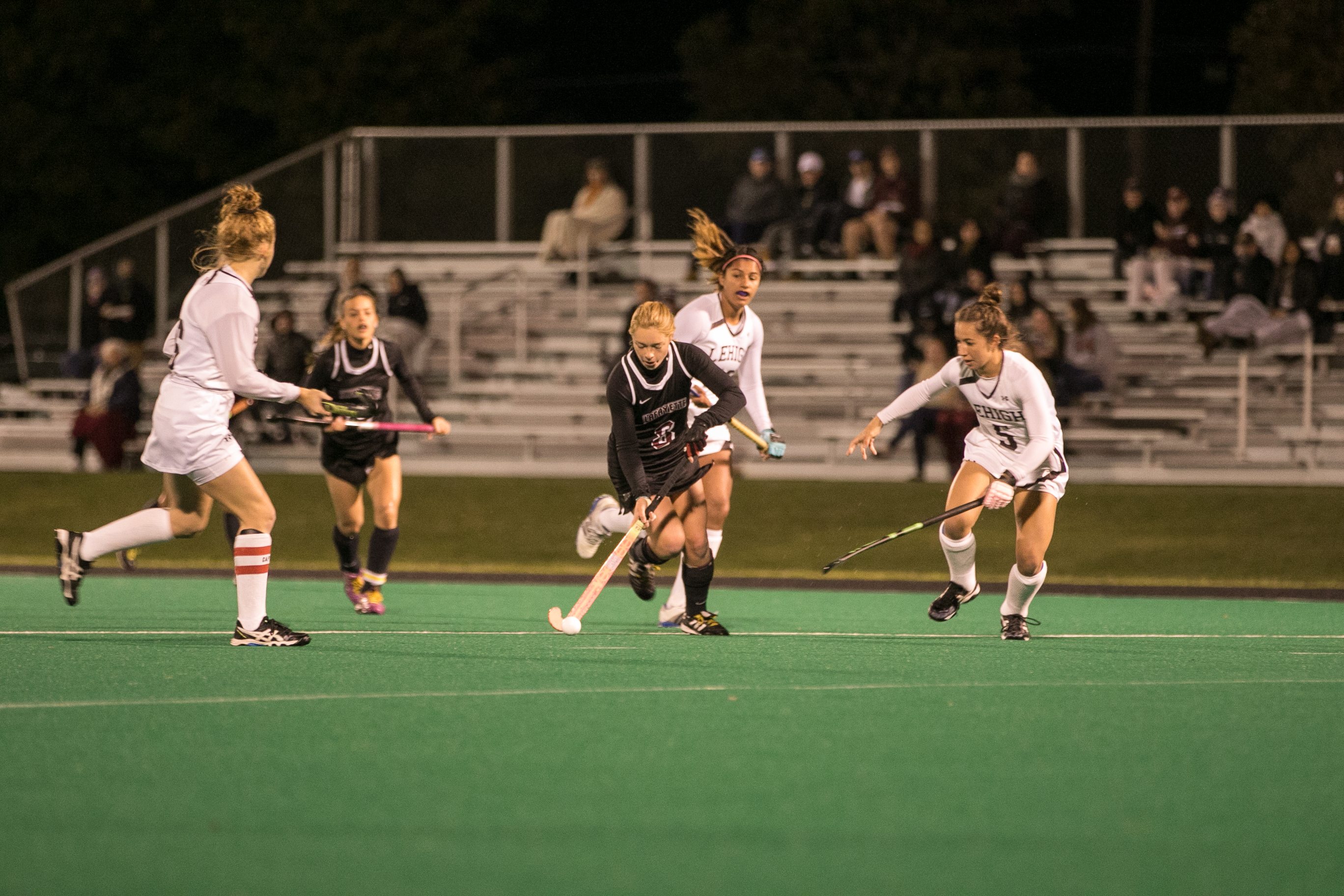 The women’s field hockey team put themselves in the best position possible to clinch a spot in the Patriot League playoffs this past week. Unfortunately, fate was not on their side.

The Leopards scored two goals in the second half during their crucial conference game against the Lehigh Mountain Hawks to put them in a potential qualifying position for the Patriot League tournament. Bucknell’s win over Colgate, however, put the opportunity out of reach and brought the Leopards postseason hopes to a close.

Lafayette’s offense was certainly present Friday night, tallying seven shots, but it was the stellar play by senior goalkeeper Katelyn Arnold that kept the Leopard playoff hopes afloat. She denied the Mountain Hawks for the entirety of the first half and saved a crucial shot on a penalty corner awarded by the referee.

It was not until the second half that the tie was broken when Lehigh’s Lauren Dice checked into the game and slotted the ball home to give Lehigh a 1-0 advantage. The lead did not last long, as the Leopards were awarded a penalty corner just minutes later, and senior Amanda Madagan caged a shot to even the score.

This is when the Leopards took control of the game and broke the tie with a beautiful shot from freshman Lisa van der Geest in the 65th minute to give Lafayette a one-goal lead into the closing minutes. The Mountain Hawks could not respond and were held without a shot after the goal from the Leopards, allowing them to secure a crucial victory over rival Lehigh.

Despite the wonderful effort from the team Friday against Lehigh, a win from the Bucknell Bison over the Colgate Raiders barred the Leopards from qualification for the Patriot League tournament. The team ended the season with an 8-10 record and 3-3 in conference play.

Two members of the team, seniors Madagan and Arnold, were named to the Victory Sports Tours/NFHCA Division I Senior Game roster on Monday afternoon. Both seniors will travel to Old Dominion University to compete with other Division I field hockey players from around the country. Madagan and Arnold were both crucial members to the team and will be missed by both their coaches and teammates moving into next season.

“They are extraordinarily deserving of this special honor and opportunity to play with the best seniors in the country,” head coach Jennifer Stone said. “A big congratulations to them both, and I look forward to seeing them represent Lafayette on the national stage.”

Madagan lead the team in both points and goals, with 18 and eight respectively. She has started every game since joining the team as a freshman and has tallied total of 24 goals in her career and 57 points. Arnold has been a brick wall for the Leopards for her entire four-year career and has tallied 207 saves and five shutouts with two coming in her senior campaign.

Moving into next year, the Leopards look to expand off of their success in the 2016 season and build off of an already young and talented team. With only four seniors graduating, the Leopards hope to have a productive offseason and return to the field stronger than ever in 2017.

Editor’s note: A previous version of this story listed Lisa van der Geest as a sophomore, when she is a freshman. This article has been corrected to reflect this change.