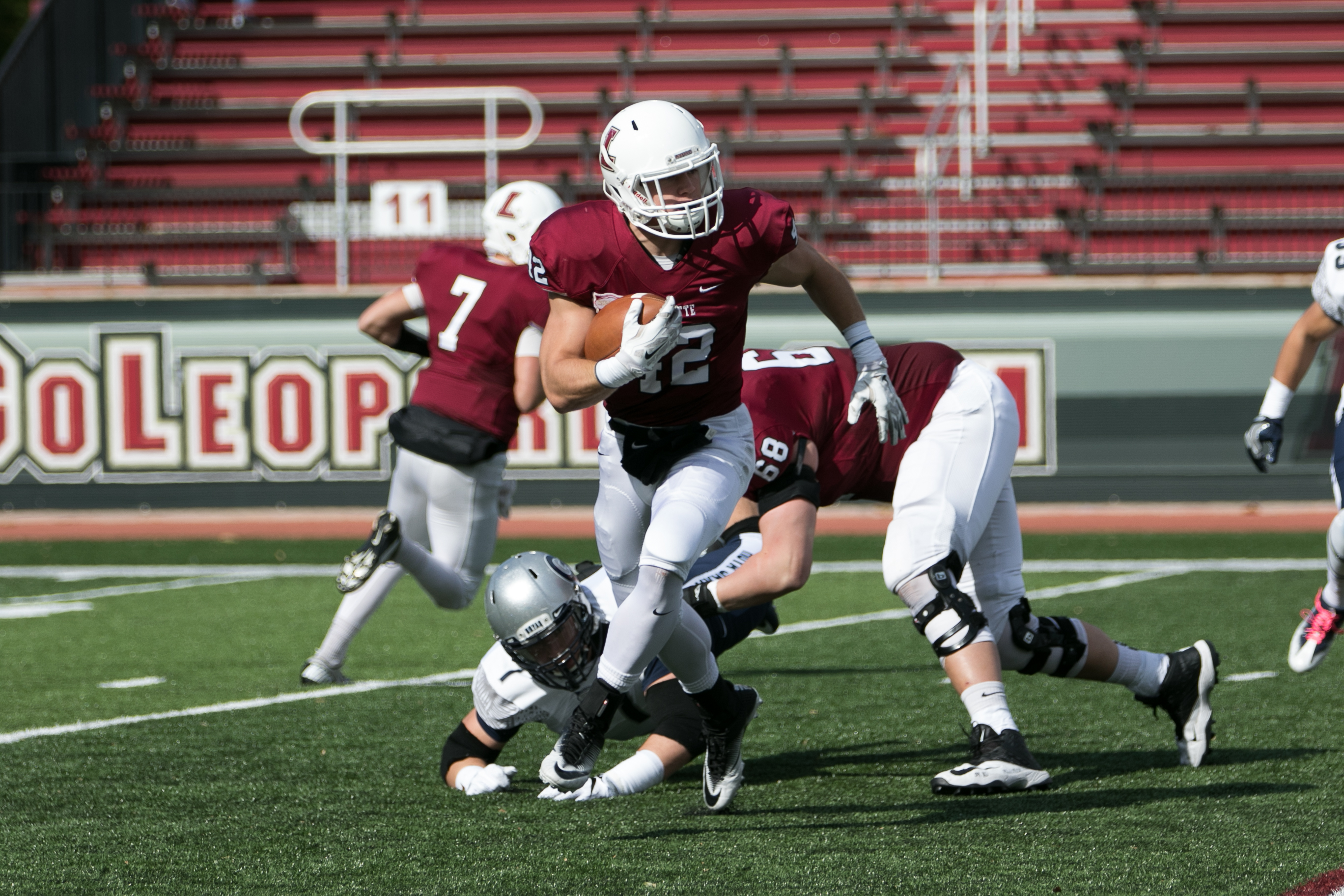 Lafayette just did something they haven’t done for the past two years: win a game at home.

After losing their past seven games, the Leopards got back into the winning column with a 17-3 victory over Georgetown. Despite giving up an average of 54 points over their last three games, the Lafayette defense made a statement by only giving up three points.

“I’m very proud of our young men and staff for persevering some pretty tough sledding this season,” said head coach Frank Tavani. “We always felt what we were capable of doing if we put a complete game together.”

Led by juniors Jerry Powe and Rob Hinchen, the defense held Georgetown to just 40 rushing yards and 173 yards of total offense. More impressive was that the team totaled six sacks on the afternoon, including two from junior Beau Bosch.

The turning point in the game came in the third quarter when senior quarterback Drew Reed ran it in from the one-yard line for a touchdown. On Georgetown’s next possession senior cornerback Draeland James made an interception on a tipped ball by freshman Eric Mitchell. Immediately after, sophomore Tyler West scored a touchdown on a 17 yard run.

Coming into the game no one knew who was going to get the workload for the Leopards in the backfield. After starting the season with junior Desean Brown as the featured back and shuffling through several others throughout the season, it looked like Tavani found his guy last week. Freshman Mike Dunn had 58 rushing yards on ten carries against Bucknell and started the game getting the brunt of the carries.

At halftime, despite totaling 43 yards, Tavani decided to give West more carries in the second half: a move that ultimately resulted in the Leopards’ victory.

West had 117 yards on 15 rushes, averaging 7.8 yards per carry. It was the first time a Lafayette running back eclipsed 100 rushing yards since Brown ran for 146 against Lehigh last season.

“I come ready for each game, if I get the chance I’m going to give it my all,” West said.

The Leopards also had a source of inspiration on the sideline. Sophomore Kaizer Butler, who was diagnosed with Wegener’s disease over the summer and had to fight for his life, made his first visit back to campus this week to surprise his teammates.

“It’s crazy to see someone fight like that and almost lose their life, I can’t see anyone else fighting back as hard as he did,” Powe said. “He’s a fighter, and his always been a fighter since the day I knew him.”

While most of his teammates were happy to see Butler, he was more concerned about the team getting a victory this week.

“I just wanted to surprise everybody, because I knew we were down in the dumps,” Butler said. “The season wasn’t going too well and I felt like a little spurt of energy could help. To get that first win at home was nice.”

The Leopards have this week off but will return to action at Colgate on Nov. 12, their second to last game of the season.