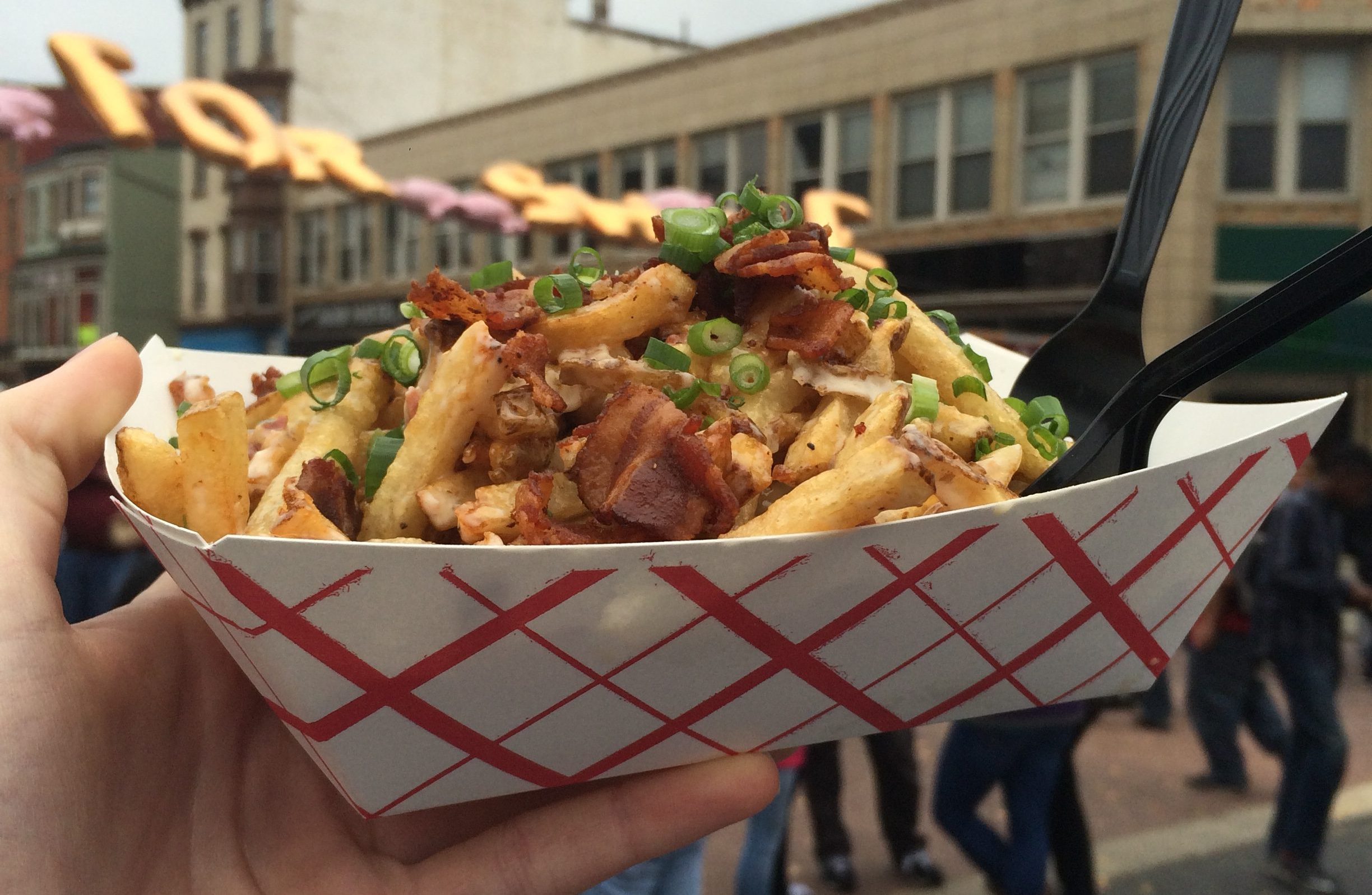 One of the many tasty offerings at the Pennsylvania Bacon fest last year. (Emma Glubiak ’18)

This weekend, students and Lehigh Valley community members should get ready to stuff their faces with bacon. It is many meatlovers’ favorite weekend of the year – Easton’s famed Bacon Fest.

This year, Bacon Fest is back and ready to rule over downtown Easton. The fest is planned to have more than 100 vendors, 20 musical acts and eight stages for the two day festival. There will even be a mechanical pig ride. Some of these vendors include fan-favorites that hold residency in the Easton Public Market, such as Chocodiem, The Taza Shop, and Fieldstone Coffee Roasters and Tea. Regardless of the type of food each vendor typically sells, they have one thing in common this weekend: bacon. Nearly every vendor plans to use bacon in specialty items made for this weekend. For those who aren’t as infatuated by bacon, there will also be an assortment of non-bacon food and merchandise.

On Saturday there will be a Dueling Swine Pig Roast Competition from 11 a.m. to 1 p.m., featuring Chefs Amanda Cox from Valencia, Mike Pichetto from 3rd & Ferry Fish Market, Jeremy Bialker from Two Rivers Brewing and Derek Chimel from Porters’ Pub. The winner will be chosen by those in attendance, and tasting tickets are $15.

There is a $2 suggested donation to enter Bacon Fest, the proceeds of which go to the programs of the Greater Easton Development Partnership, Easton Main Street Initiative, Easton Ambassadors, Easton Farmers’ Market and Easton Public Market. Those who donate will be automatically entered into a raffle  Bacon Fest has seen crowds of several tens of thousands, according to its website.

Bacon Fest runs this Saturday and Sunday in downtown Easton from 10 a.m. to 5 p.m.