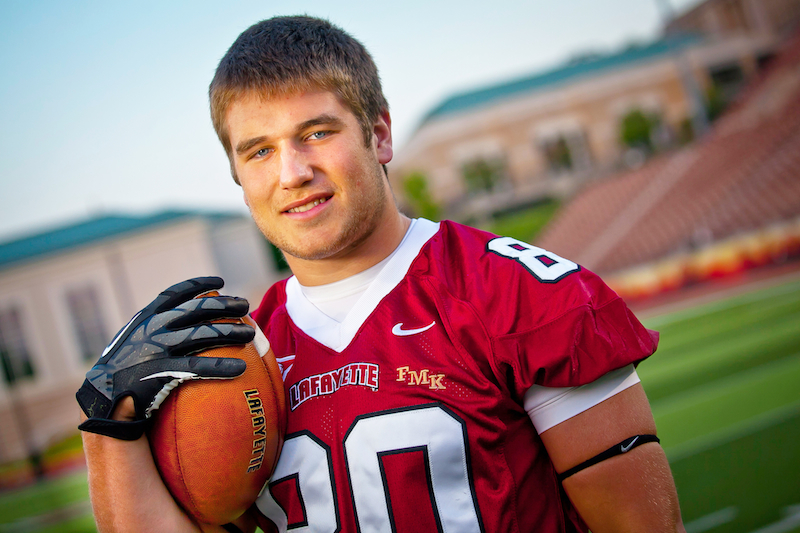 The Class of 2017 Commencement Gift Committee recently announced a donation will be made to the Brian Keller Memorial Scholarship fund.

The scholarship was established last year by the Class of 2016’s commencement gift following the tragic death of Brian Keller ’16, a member of the football team and a mechanical engineer. All students regardless of major are eligible for the scholarship.

The committee of 16 seniors decided to continue to donate to this fund because students “like the connection to [Keller],” said commencement gift committee chair member Jordan Flannery ’17.

Corinna Anderson ’17, another committee chair member, said it was a quick and easy decision to choose to donate the Brian Keller Scholarship Fund.

“[He] still touched a lot of people’s lives in our grade as well [as the previous class],” Anderson said. “It was really meaningful to continue it.”

“[It was] a pretty clear choice,” she added. “There was no arguing about  it.”

The goals for this year are $10,000 and a 93 percent participation rate for donating which would mean, out of the senior class, roughly only 40 students would not participate. These were the same goals for last year’s senior class.

While he said he hopes to reach the committee’s fundraising goal, Anderson added that the committee is more focused on the amount of participation than the amount each donor gives. It wants to instill in every student “the habit of consistently giving back to the college,” according to Anderson.

“We are grateful for even one-dollar donations,” Anderson said.

The committee has introduced different incentives to encourage students to continue to donate to the school, including after they graduate. These incentives are not only given to increase donations, but to also ensure that students “stay more connected with the college,” Flannery said.

After five years of consecutive giving, students are awarded a brick on the quad with their name and class year. This used to require ten years of donations, but was changed in the beginning of this year.

Any senior who donates any amount will also be given a pin with a medallion to wear at graduation, a new incentive for this year. These pins will not only represent a student’s gift, but also the unification of the class by giving to this particular fund.

If a student gives a gift above $50, he or she becomes a member of the Marquis Society. This was an already existing incentive for donations, and gives students “access to exclusive events and networking opportunities,” said Courtney Fein, the college’s assistant director of the annual fund and advisor to the committee.