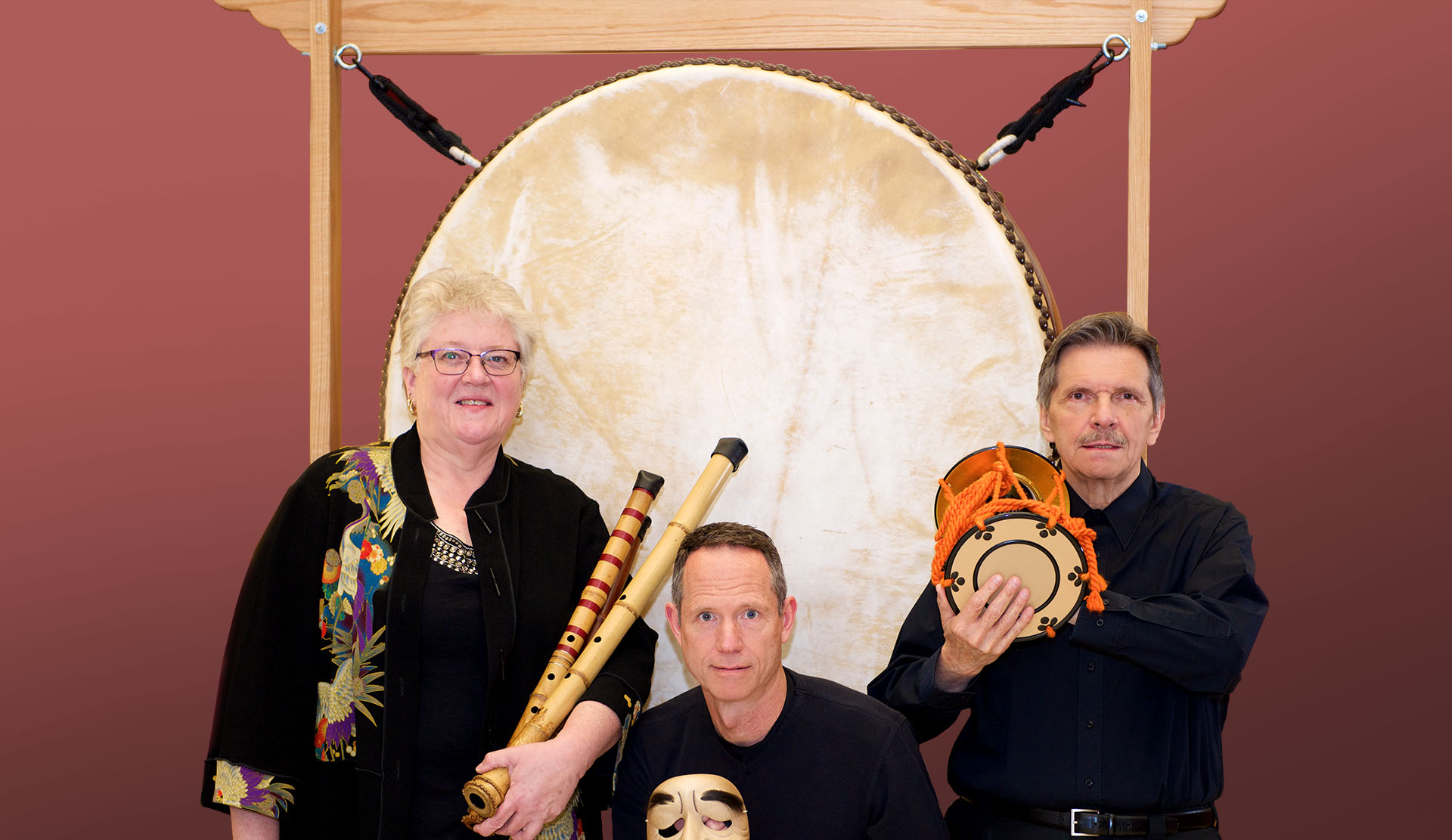 The members of Satori posing with their instruments

To take something old and make it new again, while preserving centuries old traditions, is the challenge faced by the Satori ensemble in their telling of traditional Japanese tales.

As part of the William’s Center for the Arts Family Series, Satori performed “Shadows of the Samurai: Supernatural Tales of Old Japan” on Saturday. Satori was formed in 1996 and has completed 20 concert series. Students and families alike crowded the theater to learn the mystical Japanese tales.

Combining the art forms of acting, drawing and playing instruments, Satori creates an exciting and original theater experience in their performance and telling of five traditional fables that date as far back as the mid-14th century. The four-person cast draws from traditional Japanese music — such as the shakuhachi, a kind of bamboo flute, and Kabuki theater percussions — while incorporating acting and introducing modern flairs through the use of projection screens.

Music in the show reflects emotions of excitement and fear and creates imagery, such as rain. These sound effects are created by the artistic director of Satori Nora Nohraku Suggs, who plays the shakuhachi, and percussionist and Music Department Chair Larry Stockton.

While instruments create sound effects, the stories were told through acting and narration along with imagery on projection screens. During the show, artist William Christine diligently works behind screens drawing illustrations that are projected onto large white screens. The screens become the backdrop that accompany actor Mark McKenna. McKenna uses different story telling styles, acting as characters in some fables while narrating the story in others.

The performance exposed the audience to an original theater experience, while introducing them to traditional Japanese folklore. Each tale unveiled aspects of Japanese history, such as the samurai warrior, with messages that are still relevant today.