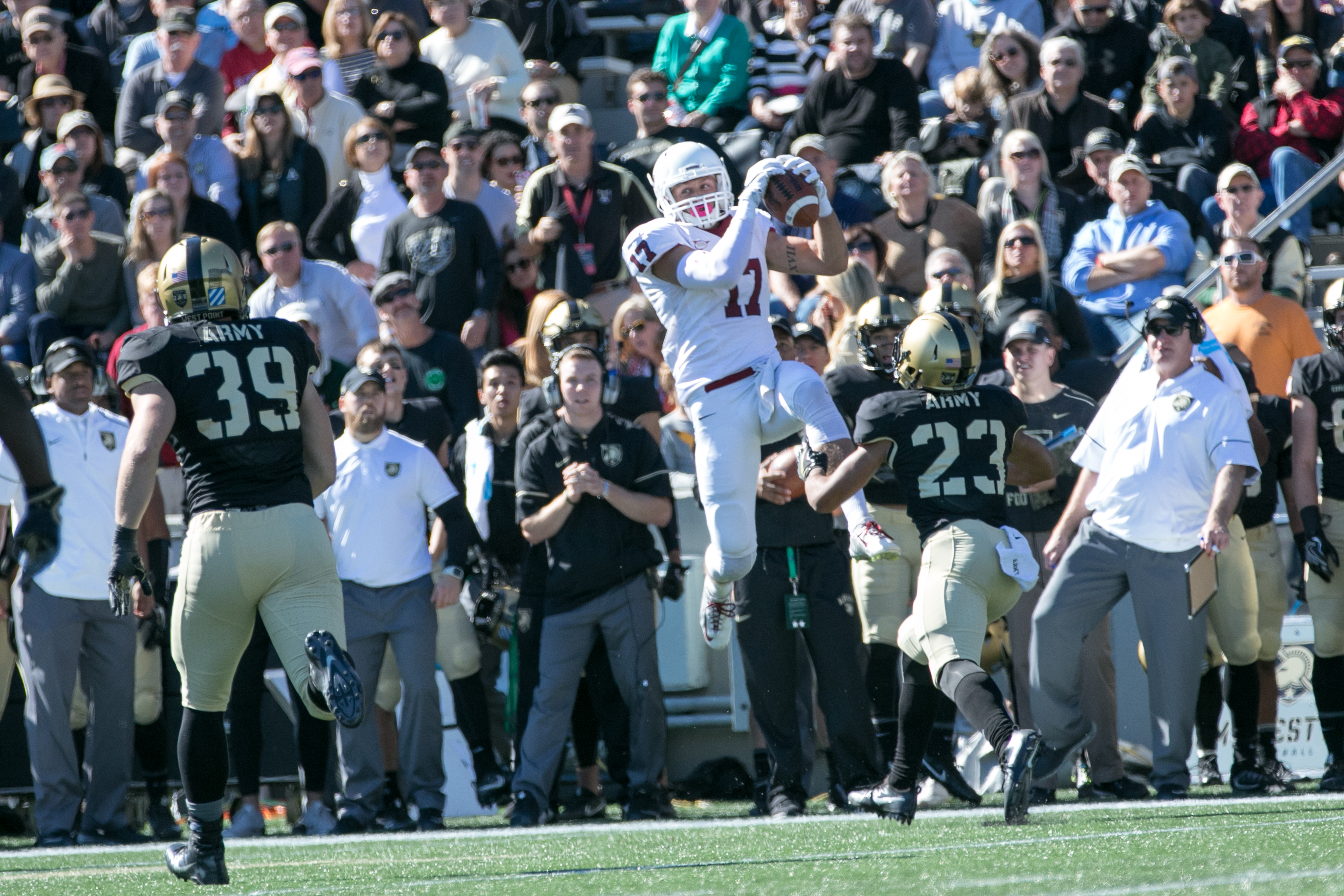 Matt Mrazek ’18 makes the catch near the sideline. (Courtesy of Hana Isihara ’17)

Following a couple of blowout losses, the Leopards’ season has certainly taken a turn for the worse.

A combined 1053 rushing yards by the Fordham and Army offenses were more than enough to drop the Leopards to 1-6 on the season.

“We’ve got to find a way to play better regardless of the opponent or situation,” head coach Frank Tavani said. “Those were two good opponents, but the good news about a football season is there’s no time to look back, it’s well past the 24 hour rule that we utilize.”

Unfortunately for the Leopards, it may take more than 24 hours to forget these past two weeks.

Despite putting 34 points on the board, Lafayette couldn’t overcome the Rams’ high-powered offense and lost by a final score of 58-34 on Oct. 8.

The Leopards started the game on a good note, converting a Fordham turnover on their first drive of the game into a 35 yard touchdown by junior Phillip Parham. Fordham scored touchdowns on their next two scoring drives, and Lafayette failed to retake the lead for the rest of the night.

At Army the last week, the team played their worst game yet against the toughest opponent they will face this year. Playing a Football Bowl Subdivision opponent for the first time since 1997, the Leopards once again couldn’t handle the rush nor develop a running game of their own which resulted in a decisive 62-7 loss at West Point.

There wasn’t much stopping the Black Knights, who scored on each of their first five possessions of the game before Lafayette managed to put points on the board. With 2:56 left in the first half senior quarterback Drew Reed ran a five-yard naked bootleg into the end zone after completing passes to junior Dylan Wadsworth and junior Nick Franzese to move the Leopards down the field.

After Army botched a fake punt attempt on fourth and 44, Lafayette once again had the ball in scoring position on their own 11 yard line. An offensive pass interference call and an interception squashed any hopes the Leopards had to score and Lafayette went into the locker room down 35-7.

Army tacked on four more touchdowns on four straight possessions in the second half to put Lafayette’s second win of the season well out of reach.

The team returns to league play this week, traveling to Lewisburg, Penn. to take on Bucknell.