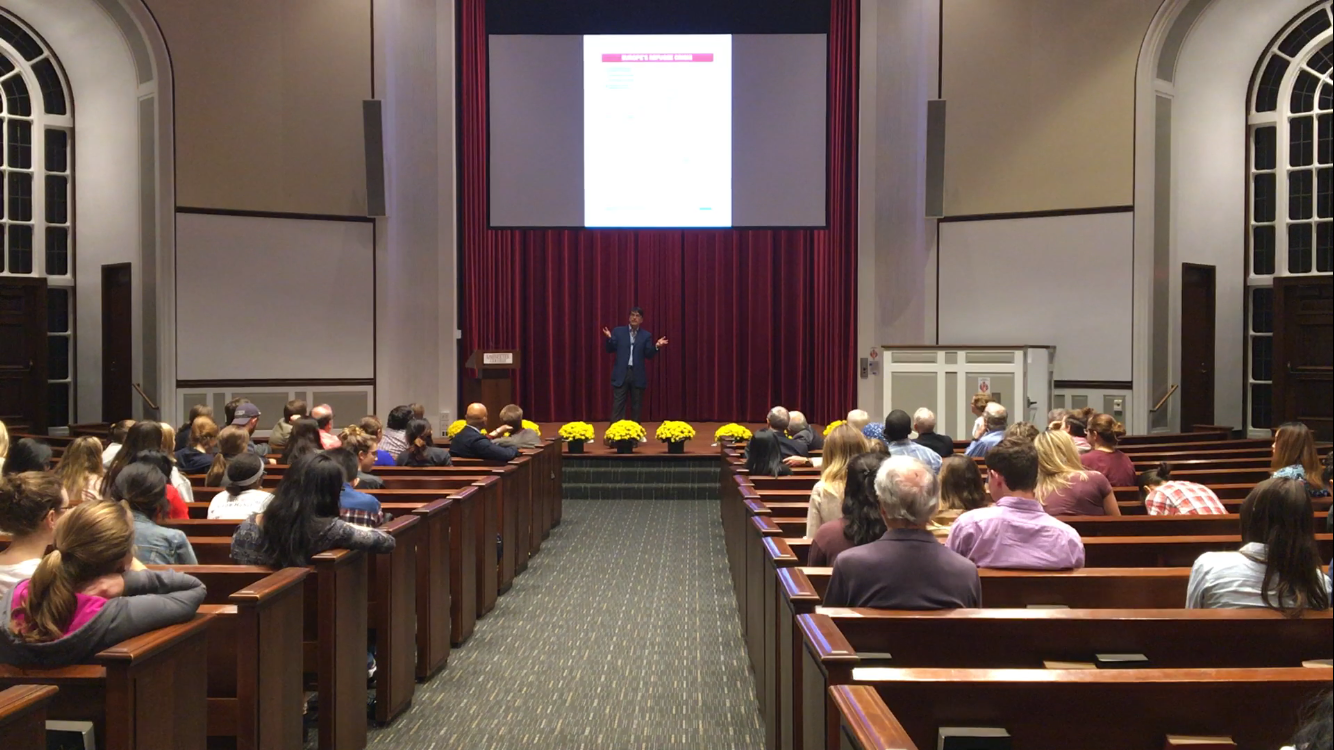 Since 2015, over a million migrants have crossed into Europe, with a great many of them fleeing war in Syria.

“We are living in a moment when…our sense of democracy and our institutions are being challenged,” Senior European Policy Fellow at the Migration Policy Institute Gregory Maniatis said.

This is how Maniatis described the sentiment surrounding democracy, especially that of the millennial generation, when he came to speak at the college Wednesday evening. Maniatis is a senior adviser to the United Nations special representative for migration and has worked with several international organizations over the last 15 years on migration issues.

Maniatis was invited to speak at the college on the Mediterranean refugee crisis as part of the Class of 1961 International Speaker Series. During his talk, Maniatis outlined the growing importance of the crisis.

“This is a humanitarian crisis that was manageable two years ago,” but now it has grown more widespread and the problems have only worsened, Maniatis said.

Chair of the International Affairs Department Angelika von Wahl introduced Maniatis and talked about the extent of the problem: 65 million refugees were on the move worldwide as of last year, and that number was up from 59 million in 2014.

In his talk, Maniatis discussed the Refugee Convention signed in 1951 by 144 countries, which defined what a refugee is and the rights they have to be provided with basic necessities.

Since the 1950s, however, the definition of a refugee and their needs have changed, but the Convention has not changed with it, Maniatis said.

“Do people still believe in the Convention? This conversation hasn’t taken place enough,” Maniatis said during the talk.

He spoke generally about the Convention, and then zeroed in on the effects of the crisis on Europe and its political system.

Maniatis said that as the number of refugees fleeing into eastern and western Europe is increasing, hysteria about their presence grows, and far right wing political parties gain more power. He cited exit of the United Kingdom from the European as an example of this shift in sentiment in Western Europe, especially.

Deniz Bengi ’18, a Turkish native, said she took a great deal away from the talk, especially about how countries handle their refugee camps. During the presentation she asked Maniatis a question about the role of Turkey in the refugee crisis and how personal interests in the government have had an effect on Turkey’s handling of it.

“It was interesting to think about the way that the refugee camps is the main problem in the process,” she said. “I didn’t actually [know] that they made the camps undesirable in order to discourage people from staying there.”

Despite the bleak topic, Maniatis ended on a positive note. He pointed out the charity work non-governmental organizations have done in relief of the crisis, such as the Migrant Offshore Aid Station, which has rescued over 12,000 refugees from drowning at sea during the two years it’s been active.

Maniatis said he hopes students left his talk knowing that they’re the ones who have to act on this sort of issue.

“They have to act,” he said in an interview. “This is not something that they can expect others to solve. The government at the national [level] just simply [doesn’t] have the motivation to do it. They’re focused on other problems.”