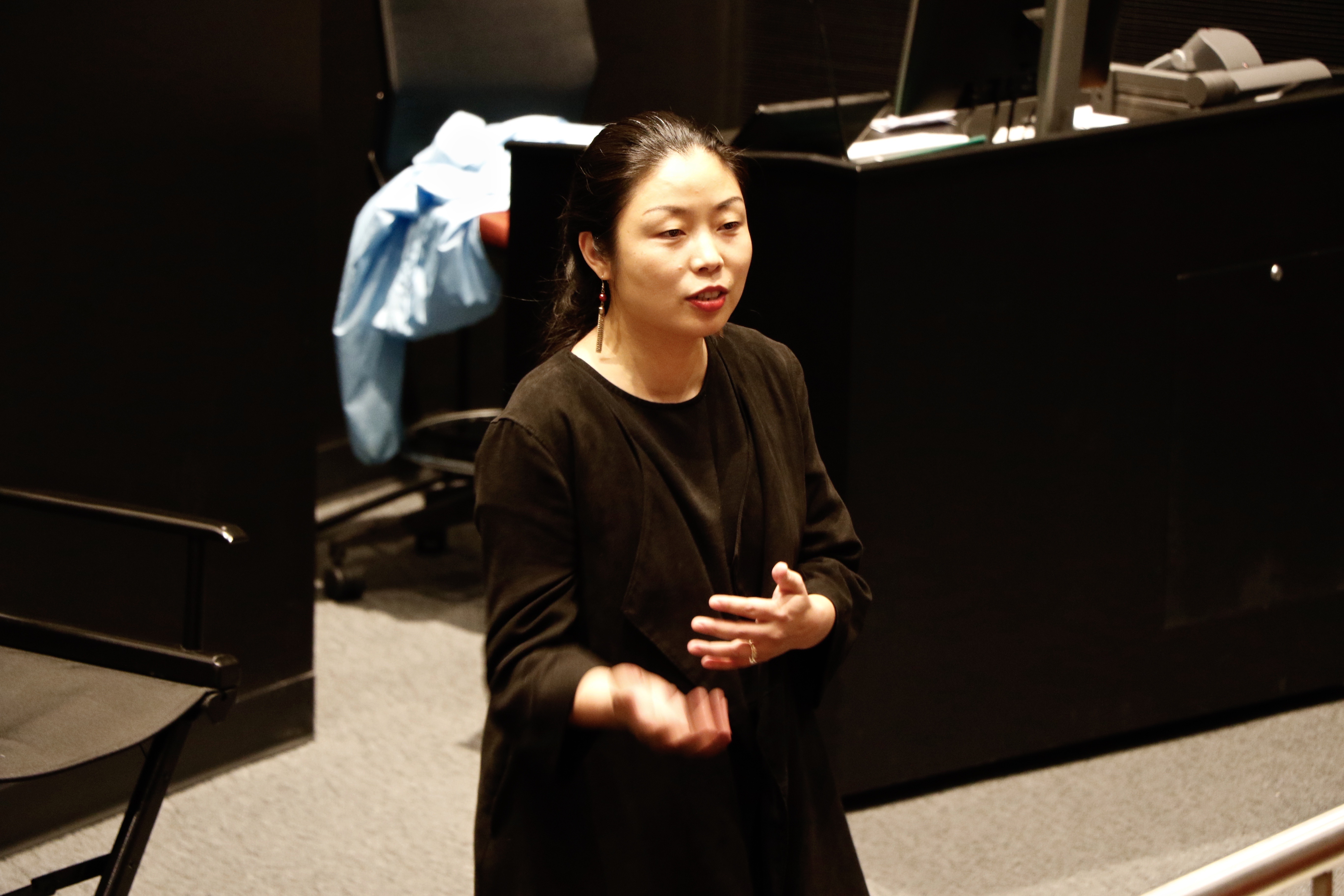 On Monday night the film and media studies department, in conjunction with the Asian Studies Department, presented a screening of “Hooligan Sparrow” followed by a Q and A with the director, Wang.

The documentary captured the struggle of activist Ye Haiyan, otherwise known as Hooligan Sparrow, as she protested the sex abuse scandal in the Hainan Province of Southern China. Haiyan has been gaining notoriety since 2006, when she started working in brothels to educate workers on safe sex. To promote increased awareness and exposure to the conditions these women were working under, Haiyan worked in a low-cost brothel for one day, offering free sex to migrant workers. Following her campaign, she appeared on numerous talk shows to advocate for better conditions for sex workers.

At the time Wang set out to make her documentary, she only intended to document Haiyan’s efforts in brothels. But when Nanfu arrived, Haiyan was already on a new campaign to bring justice to the six elementary school girls sexually abused by their principal and a government official.

The documentary begins with footage of Haiyan flanked by several of her colleagues, holding up a sign, with the phrase, “Principal: Get a room with me, leave the children alone!” This image would later go viral and spark the two men to be charged with sex with underage prostitutes, a charge lesser than rape, as the men claimed they paid the girls.

Although Haiyan’s campaign was a success, the Chinese government condemned her, sending hired men outside her apartment to yell obscenities and requesting her removal from the neighborhood. She was evicted, and the documentary then followed Haiyan and her daughter as they were constantly on the move from the government and unable to find a place to live. In one scene, Haiyan and her daughter, along with a few of their colleagues and Wang, arrive at a mutual friend’s apartment only to find that the government had sent authorities to take Haiyan away. It is in scenes such as these that the documentary’s activist style becomes most effective and harrowing. The video goes blank, and the audience can only hear Wang running up the stairs and the distant sounds of Haiyan involved in an altercation with the authorities.

The film concludes with the principal and government official sentenced to 13 and 11 years in prison respectively.

During the Q and A, a student asked Nanfu if during the time of filming, she felt it was unfair for Haiyan to put her daughter through this kind of life. Nanfu said that at the time she had not. But, as she was editing, she did see the unfairness and felt more anger towards the Chinese government and school system than Haiyan, primarily because the daughter was turned away from schools and unable to receive an education because of who her mother was.

Nanfu also addressed the importance of social media in activism during the Q and A. Many people, she said, had the “misconception crimes were happening on lower local government levels,” when the “central government was giving orders.” The central government can manipulate the national news media to put a situation in a certain light or cover events up, but social media makes it much harder for them to do so.