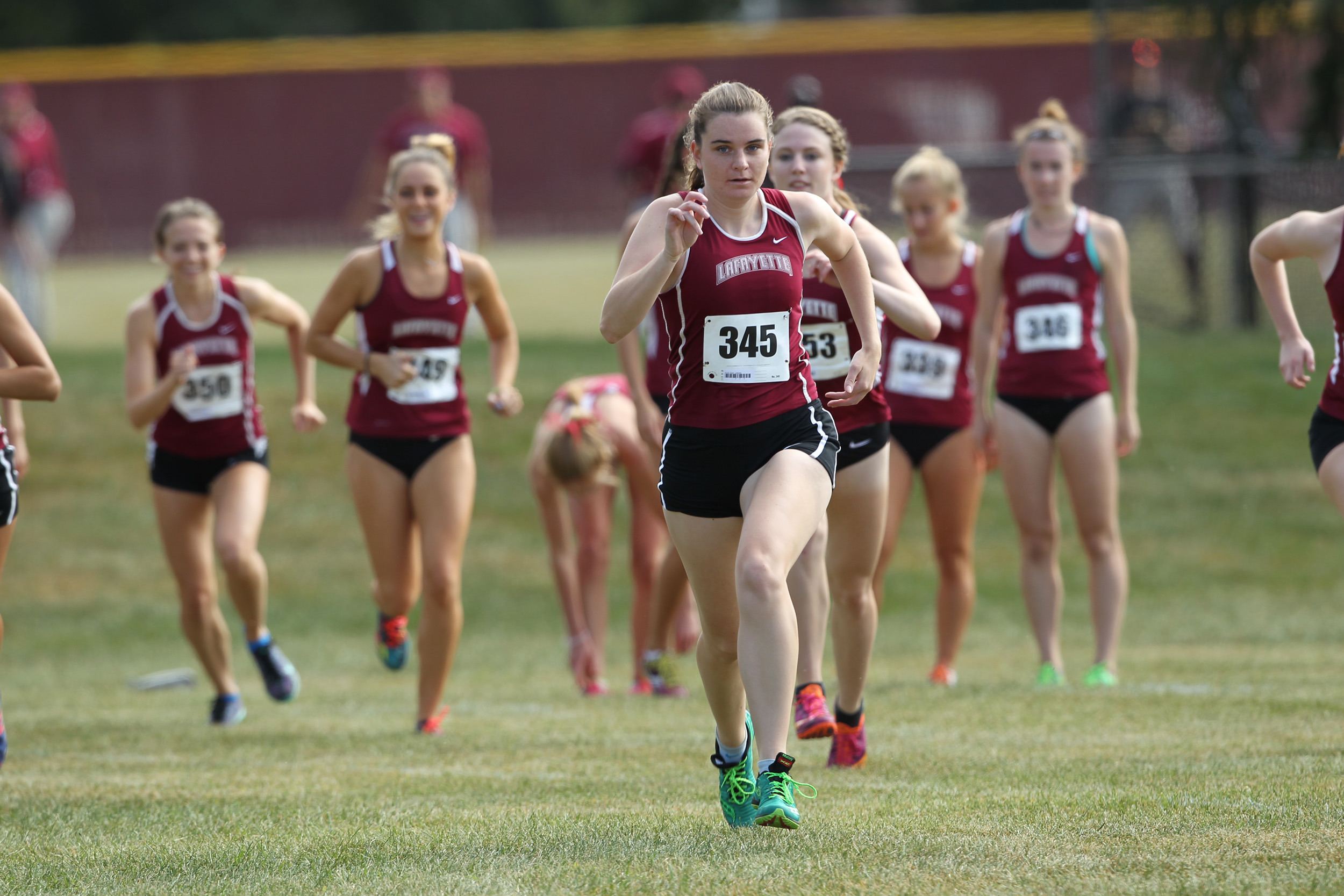 In their last meet before the Patriot League Championship, the women’s cross country team put forth their strongest performance of the year.

Lafayette was the host of the annual Leopard Invitational cross country meet this past Saturday at Metzgar Fields. Seven schools competed in total, with seven men’s teams and five women’s teams competing. The Lafayette women continued to show improvement, finishing in third place behind Temple and Bucknell.

Sophomore Emily Moore led the Leopards with her fourth place individual finish, posting a time of 22:46.04. Junior Katie Millar finished 12th overall in what she says was her best performance yet this season.

“I’ve been improving throughout the season and things came together in this race,” Millar said.

Millar, who posted a time of 23:48.85, cut down on her most previous time by over a minute. But it wasn’t only Millar whose hard work this season came through at the meet.

“A lot of girls had personal bests at the Leopard Invitational,” Millar added. “It was a good effort by everyone.”

“Going in, we didn’t have any placing expectations,” Pressl said. “Our biggest goal was to run personal bests and go strong and confident into leagues.”

Going into the race, Sadvary said there was going to be tough competition. The Leopard Invitational is being held at Metzgar Fields– the same place where the Patriot League Championship will be in a couple weeks – so it makes sense that most Patriot League schools would be in attendance to scope the track.

“I knew it was going to be slightly larger than past years,” he said. “I expected it to be a quick race.”

Sadvary missed two weeks after the Monmouth XC Kick-Off where he injured his knee.

“I’m pleased with [my time],” Sadvary said. “I had to deal with my injury, so I couldn’t run for a little while, so [my time] wasn’t the best for my training. I wasn’t able to bounce back quite at the level I was going in. I’m hoping that because I can continue training, I can chip off more time from the Invitational.”

There’s good reason to look for a better finish from the Lafayette men at the Patriot League Championship, as well.

“We are all committed to the team and improving,” Pressl said. “The biggest thing is just our one through five spread. If we stay close together in the race, it will have a positive impact on the results. I definitely think we’ll see a lot of improvements.”

The Leopards hope that this confidence carries over to their conference championship next week.