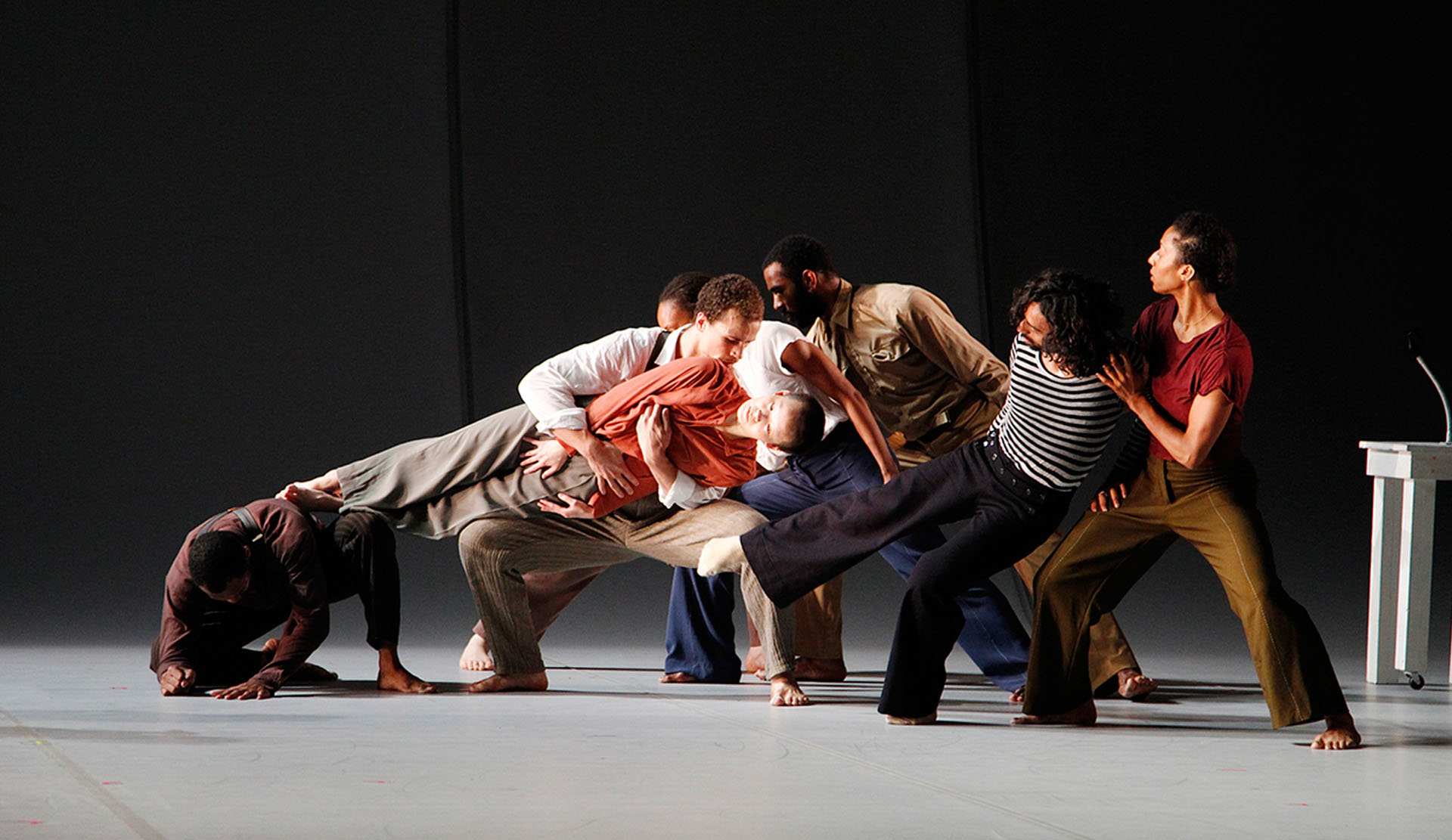 Fierce, artistic, bold and brimming with ingenuity, the bodily movements of the “Analogy/Dora: Tramontane” modern dance performance told a story that captured the human condition and moved the audience to a standing ovation.

The performance tells the story of Dora Amelan, a French-Jewish nurse and social worker, broken into 25 separate dance performances that brings her life into vivid reality, recreating her life and experiences to the audience.

The beginning of the piece detailed her bucolic life with her parents, well-off hotel owners who were loved for their generosity, and her close relationships with younger sisters, Monda and Simone. Eventually, World War II disrupts the business so much that it forces her parents to give it up when all their customers flee and move away.

At points during the dancing representation of the events, there was a voiceover by various dancers that detailed the life of Dora from her perspective. When Dora had to confront the angry workers of her parent’s hotel to tell them that they were leaving the voiceover of Dora said, “There is nothing here for you.” Then, the dancer immediately broke into their dance, putting reality to the words, exemplifying the emotional tragedy wrought on the entire community.

Her mother becomes deathly sick and her father is conflicted between abandoning her in the city and escaping with his daughter to escape the German invasion. Eventually, he decides against it, though the city begins to be bombed. She died a few days later. Dora remembers that the bombs looked like only fireworks to her. She and her sisters, removed from their war-torn reality, even laughed at the German soldiers trying to stop them for being Jewish.

Eventually, Dora and her family moved to Vichy France after Dora begins working at an internment camp for Jews that were to be sent to the concentration camp of Auschwitz. While there, she details the horrid conditions and the hopelessness that they experienced. In an act of rebellion, she joins an underground Jewish resistance organization that tries to save children by smuggling them out. During this time, she remarks the futility of the situation she is in: she can only save so many people, and why is it that the parents and grandparents have to be the ones that die? Why does anyone have to die?

She suffocates herself in her work to remove herself from her reality and becomes deathly sick. She is sent on medical leave to Marseille to live with her wealthy cousins. Simone visits and decides to stay, against Dora’s wishes but Dora decides that there is nothing she can do to change Simone’s mind. Simone later dies from infection after a failed abortion. At the funeral, Dora’s cousin Emilie whispers to her that this is all your fault.

After, Dora is put in charge of a group of 100 orphans that are being held secretly at a mountain resort while they are being sent to live off with new families. She says the challenge of keeping 100 kids a secret from the clients of the resort, especially because most of them don’t even speak French and most are between eight to eleven years.

Finally, the war came to an end and she and her family celebrate as the peace rolls over the continent. She did everything she could to help stem the death and destruction the war brought to the world. Despite her personal futility in being able to effectively stop or even end the genocidal actions by the Nazis, she comes to the conclusion that even if she had been able to save only one person, it still would have been worth it. One is enough to make a difference, a difference that can change, and save, a life. And that one is enough.