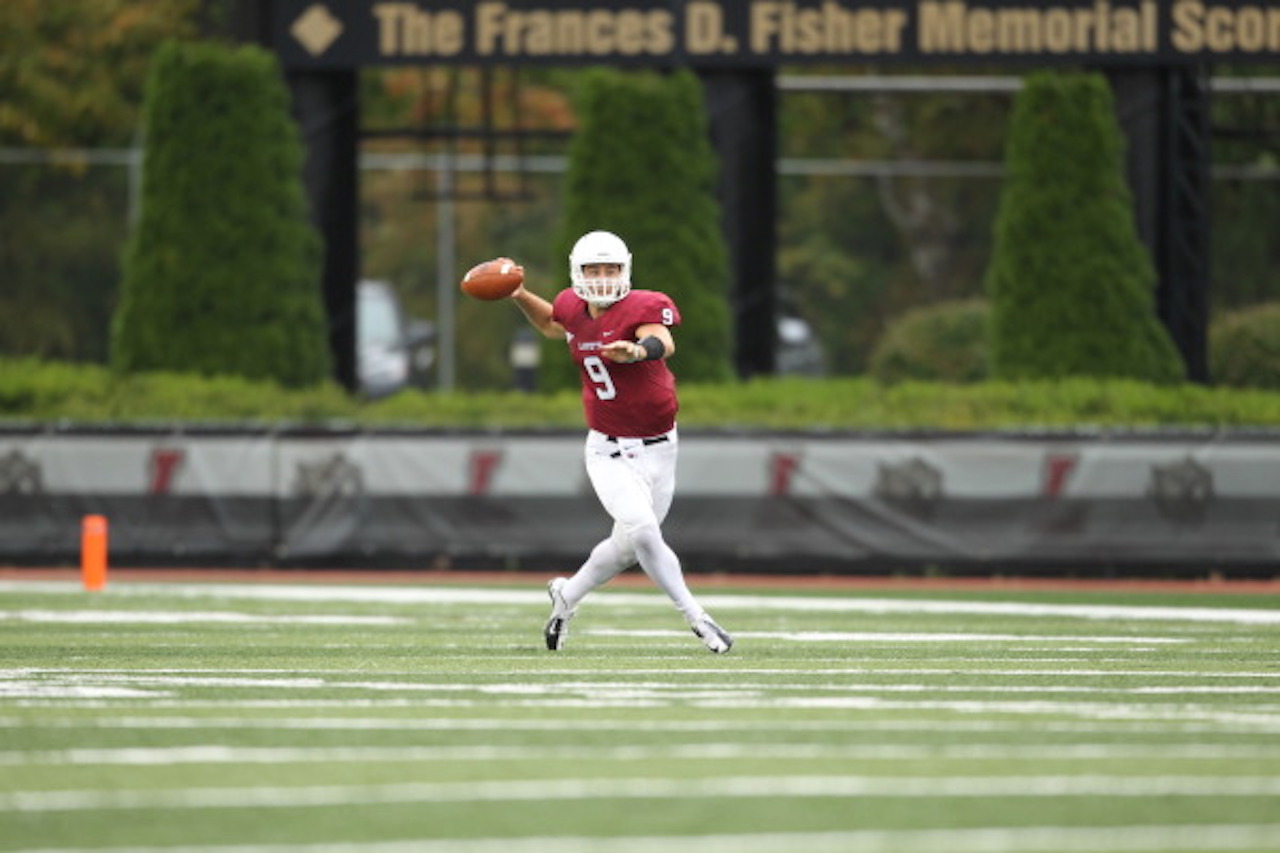 Katelyn Arnold: So you stepped up big this weekend, going 32 for 45 with 280 passings yards and four touchdowns after [senior] Drew Reed left the game with an injury. Can you tell me what that was like?

Blake Searfoss: It was kind of a situation I’ve been in since my freshman year. He kind of came in freshman year and half way through the season he was the starter and then I was the back up. So I’ve kind of been in that role and had to step into that situation a few times. I’m just sort of maintaining my confidence and then when it comes time to have to step up and make plays, it’s just being ready to do that.

KA: How do you think your performance from last weekend will help you going into the remainder of your season?

BS: Like I kind of said, it just helps keep my confidence up knowing that I can step in at any moment and perform like that. I just think it will help the team out also knowing they have another guy that can get the job done. Being a senior, I’ve been on the team for four years now and I kind of feel more confident with everything. When senior year comes, it’s just like everything comes a little easier to you.

KA: Obviously, you had a number of career highs this weekend, but how does that performance compare with any of your past performances?

BS: Obviously, we didn’t get the win, so I would say other performances were better because it’s always nice to come out with the win. When you lose, nothing is really as great, so in comparison I would say it’s not that high on any of my lists.

KA: So with three years of experience under your belt, how does this team compare to past years?

BS: I would say we’re a closer unit. We have good chemistry on the team. Obviously our record isn’t great but we’ve had a really tough schedule thus far. It’s tough to remain together when you have a losing record, but I feel like we have good leadership and we’re kind of doing that. Staying high and keeping ourselves as a unit is important and I think that’s kind of what sets this team apart.

KA: After a big weekend, how are you individually preparing for Fordham?

KA: What does the team have to do to beat Fordham?

KA: A little bit about yourself, do you have any superstitions?

KA: If you were stranded on a deserted island and you could pick one teammate to have with you, who would you pick?

BS: Probably Ryan Forrester. He’s been my roommate since freshman year, so I’d have to go with him.

KA: What song has to be on your warm up?

BS: I like playing at Harvard. They’ve got that coliseum-type look. Their stadium is just pretty cool. It’s a nice spot to play at.

KA: One thing most people don’t know about you?

BS: I was very close to playing lacrosse in college instead of football.