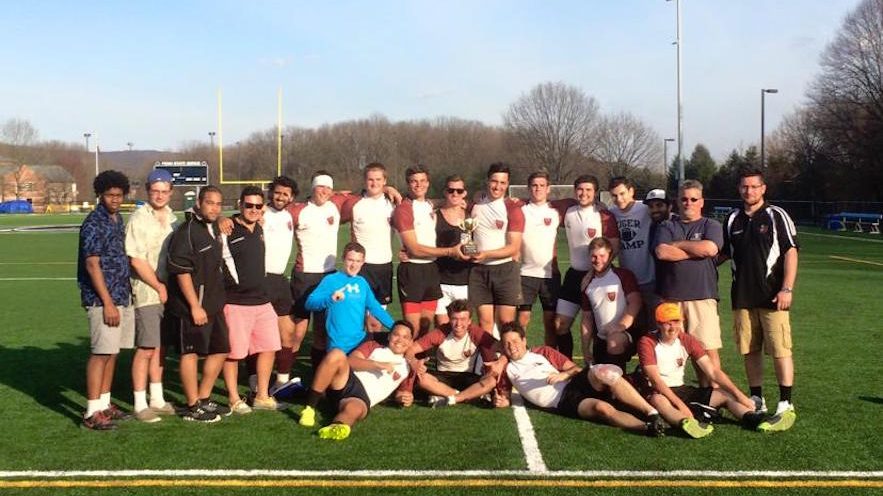 In a physically dominating, season opening performance, the men’s rugby team needed to lend their opponent a few players in order to finish the game.

The Leopards began their fall season with a convincing 80-5 win over Washington College, but the score alone doesn’t tell the whole story. Several Washington players were injured during the game, and by the second half the team was unable to put the required 15 players on the field.

As a result, Lafayette had to lend Washington three players in order for the game to continue.

“We blew them out,” senior John Walker ’17 said. “It was just a blowout, plain and simple.”

The win was the first for new coach Daniel Benedict, who comes from the Penn State women’s rugby program.

“We got a new coach this year, who coached at the Penn State which is nationally renowned,” Walker said. “So that’s been interesting, especially being a club team.”

Through their first three games, the team maintains a solid 2-1 record. Following their blowout win against Washington College, they defeated Widener University in a much closer match.

After being tied at halftime, the Leopards were able to escape with a victory after beating Widener by two tries. Unfortunately for the Leopards, Walker tore his ACL in the game and will miss the rest of the season.

This past Saturday was a different story for the Leopards. After winning their first two games, the Leopards found themselves on the other side losing to LaSalle University, 29-28.

“It was a slower game,” Walker said. “That was actually our first regular season loss since my sophomore year.”

With Walker out, other Leopards have stepped in to fill the leadership void. Junior Russell Tanaka has been one of the most consistent players on the team over the past three years.

“Russell Tanaka is one of the most ridiculous rugby players I’ve ever seen,” Walker said.

In addition to Tanaka, senior Dan McLaughlin, a four-year starter, has also been a consistent contributor on the field and has garnered much praise from his teammates.

“He’s more on the low key side,” Walker said. “A lot of people respect him, but he’s more of a silent leader.”

The Leopards look to qualify for the playoffs for the second straight year. Last season, they fell to Bucknell in the second round of the playoffs. Currently, they sit near the top of their division and lead in point differential, so a postseason trip is in sights.

The team will look to get back to its winning ways against Neumann University on Oct. 15.