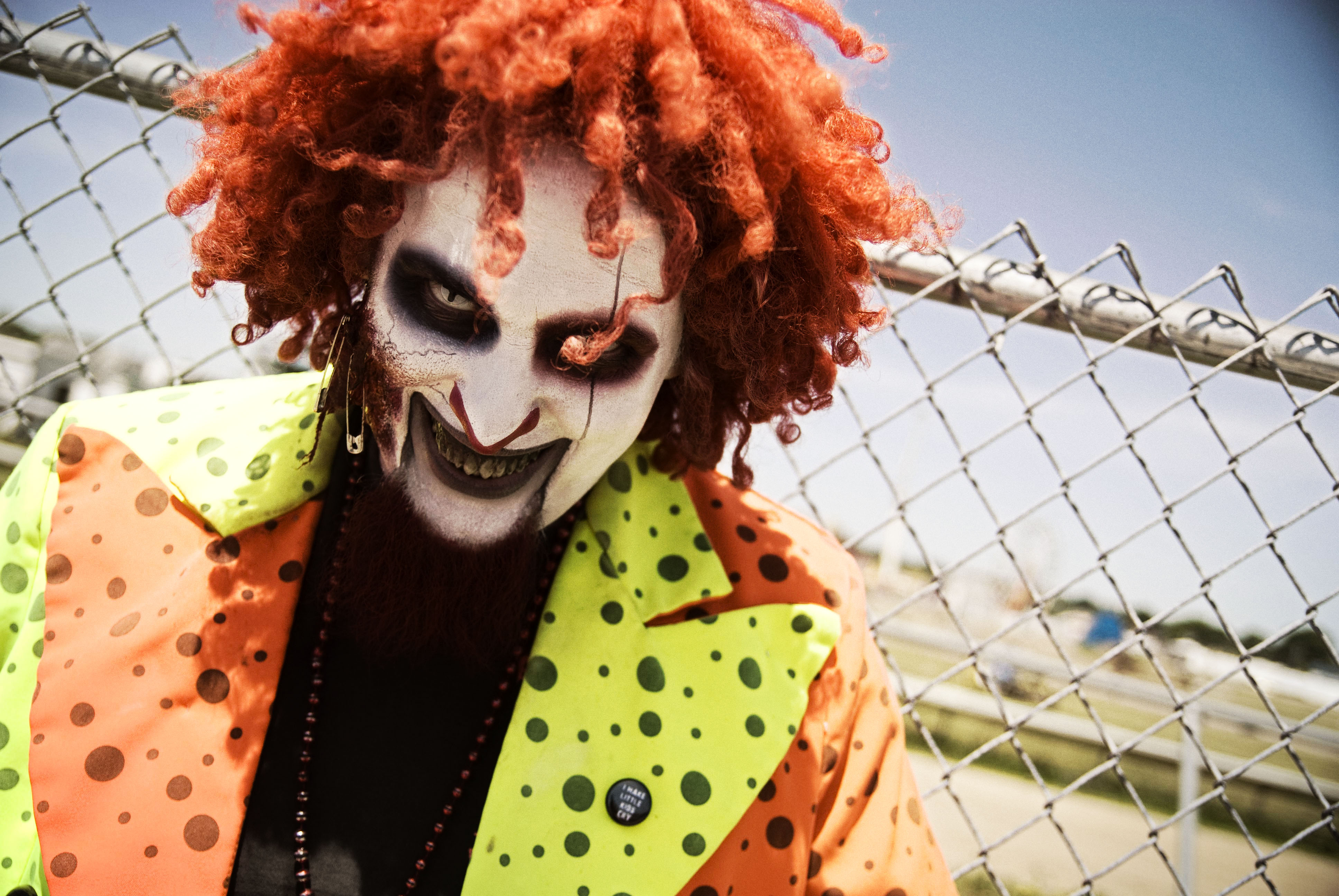 One was on Sullivan Road, according to the first call to Lafayette College Public Safety at 8:27 p.m., Associate Director and Chief of Police of Public Safety Jim Meyer said officers went to check it out, but no red noses, big red shoes or clowns were found.

Receiving another call that “four clowns were on the [Sullivan Parking] Deck,” Meyers said the officers continued searching for a little while longer, even checking security footage of that area.

“We didn’t even see any clown running down the street or running in any of our parking lots,” he said.

Although there are no clowns in custody, Kevin Hutchinson ’20 said that right before 12 a.m. he saw a clown wearing a mask and a colorful striped shirt on the stairs in between Fisher East and Fisher West.

After the alleged clown realized people were looking at it, Hutchinson said, it slowly went back down the steps behind the Fishers. Because his cell phone was in his room, he said he was unable to take any pictures.

“You could see him – he’s creepy,” Hutchinson said. In case he saw the clown again, he said he carried a Wiffle ball bat with him on Tuesday for protection.

There were roughly 20 clown-related calls in the three hours after the first call, according to dispatcher Kelly Blatt, who was on duty at the time of the alleged clown sightings.

“We were inundated with calls coming into our emergency line about this [clown],” Meyer said.

As of Wednesday, Director of Public Safety Jeff Troxell said public safety has received about 30 calls – none of which were confirmed sightings of clowns.

Meyer said that when public safety redialed the individual who called in to first report the clowns, the person denied having called public safety.

Nationwide, clown sightings have been no laughing matter. There have reports of clowns seen at universities across the country – and not just clown colleges. Texas A&M University, Mississippi College and the University of Connecticut are among the many that have all heard claims of clowns on campus. One alleged clown sighting at Pennsylvania State University led roughly 500 students to gather and run through the streets, chanting at times.

And the clown-scare goes beyond higher education. According to one article on Heavy, there have been clown-scares in at least 37 states. Phillipsburg has had several clown sightings, and there have been others throughout the Lehigh Valley, according to a recent article in The Morning Call. Police are cracking down on the clowns, with the New York Times reporting 12 arrests related to the “clown hoax.”

Even horror novelist Stephen King weighed in on North Carolina’s clown scare, and, according to the Chronicle of Higher Education, the Ringling Bros. and Barnum & Bailey Clown College in Sarasota, Fla. has received “intermittent” requests for comment on the clown sightings.

Typically, Meyer said October is the time of year for frightening rumors on campus.

“Over the years, I have had heard rumors around Halloween and it scares people,” Meyer said. “It’s not the first time this has happened here in my career.”