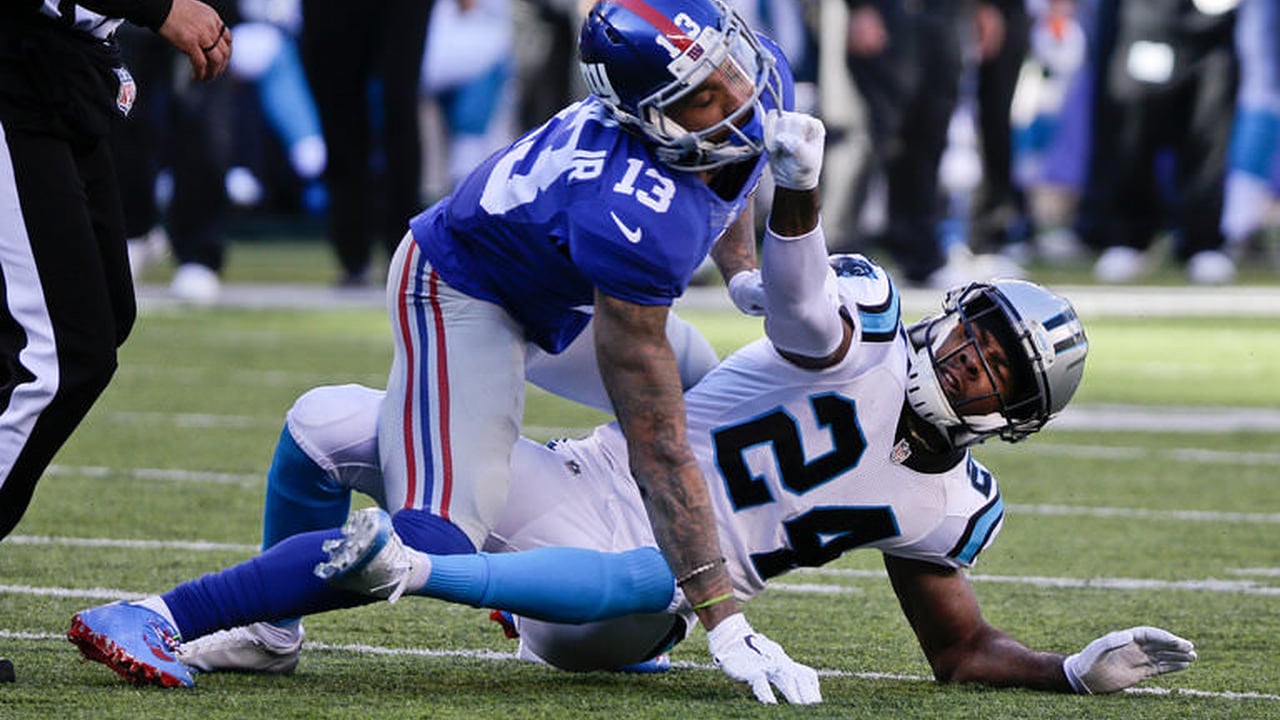 Giants superstar wide receiver Odell Beckham, Jr. is not having a great start to the season, not only by his standards, but as an NFL receiver in general.

Unfortunately, Beckham’s on-the-field issues have been shoved under a microscope due to certain off-the field-remarks.

After this week’s loss against the Minnesota Vikings in which Beckham caught a career low three passes, Beckham vented about the lack of calls he gets from officials. The play that he was referring to specifically was one where Vikings cornerback Xavier Rhodes hit Beckham late out of bounds, with no flag for unnecessary roughness. Beckham then retaliated by screaming at Rhodes, provoking a 15-yard unsportsmanlike conduct penalty against the Giants.

Commenting on that play, Beckham told reporters at a press conference that “it’s just always [his] fault,” regarding scuffles on the field, and that “if [he] sneezes the wrong way, it will be a flag or a fine.” Sports analysts around the country jumped on these comments, calling Beckham a crybaby and a complainer. He’s being paid millions of dollars to play football after all, the pundits say, why can’t he just keep his mouth shut and his opinions to himself?

Giants fans and football fans in general were shocked to hear Odell’s response to the criticism. “[Football] is my sanctuary,” Beckham he told ESPN. “It’s where I’m most happy. I’m not having fun anymore.” These comments only provoked more negativity from news outlets, citing this as another example of his immaturity and unwillingness to adapt to a more professional climate.

However, former Giants coach Tom Coughlin appeared on a CBS program to talk about Odell’s perceived maturity issues. Speaking about Odell’s personality, Coughlin said “when [Odell] gets on the field, there’s only one way he knows how to play. For his own good he needs to learn to channel his passion.” Serving as Beckham’s coach the past two seasons, Coughlin said he understood the criticisms of Odell, but that people should remember he’s still just 23 years old.

There are still many who remain critical of his attitude, however. For those people, I ask one thing: who would you rather have on your team – someone who can be emotional but deeply cares about winning, or someone who goes through the motions and doesn’t give maximum effort but stays out of headlines? Any general manager would choose the former. Football teams need emotional guys to be their leaders and rile up the team.

With proper mentoring and time, Odell will become that leader. We just need to let him learn from his mistakes.