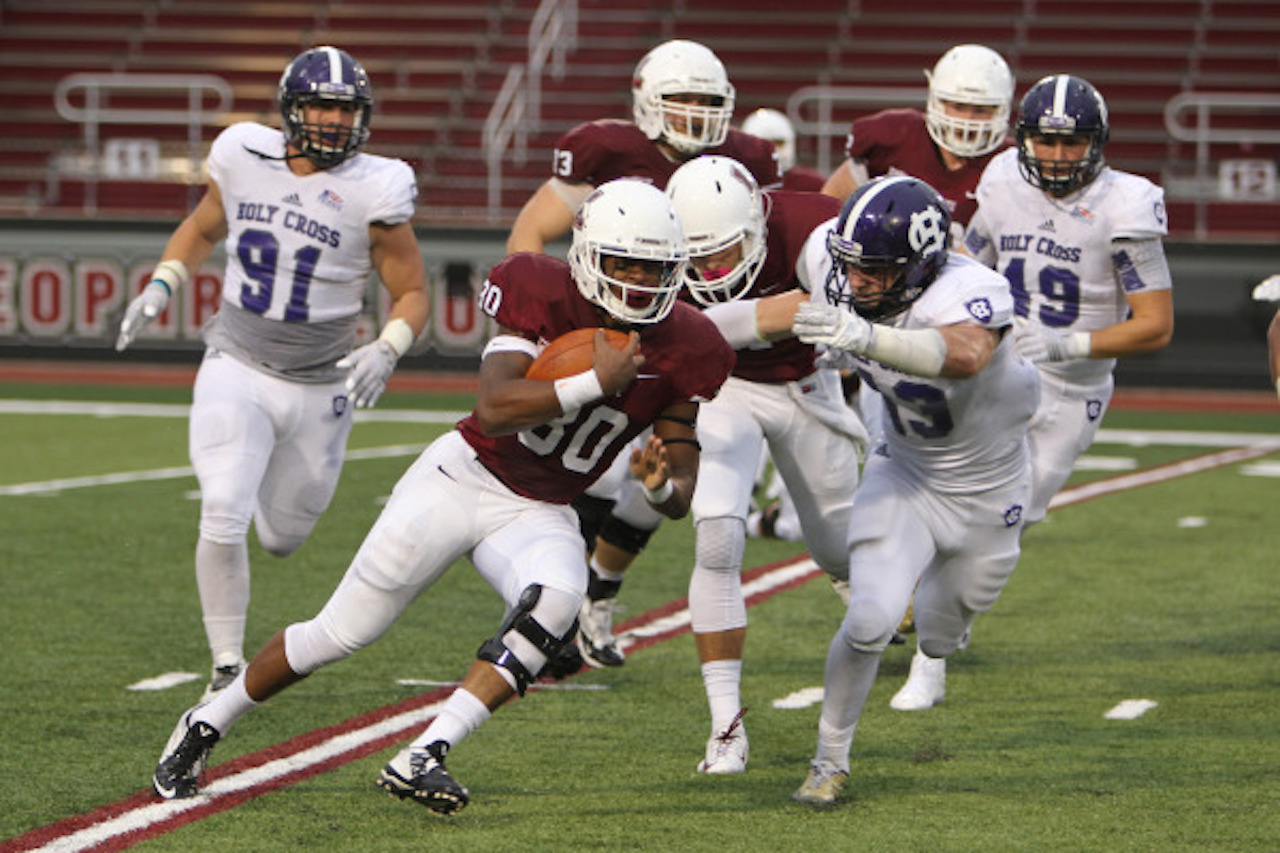 After two plays in the first quarter against Holy Cross, any success the Leopards hoped to have with the remaining games this season became increasingly difficult.

Senior quarterback Drew Reed suffered a concussion off a questionable head-to-head hit from Holy Cross’ Nick McBeath. Reed remains unlikely to return to action this week and is currently being monitored under concussion protocol. But according to head coach Frank Tavani, Reed seems to be looking and feeling better than he would have thought given the apparent severity of the hit.

More concerning longterm for the Leopards is the injury to junior linebacker Brandon Bryant who leads the team in tackles and has been crucial to the defense throughout his career at Lafayette.

Bryant and junior defensive lineman Beau Bosch collided attempting to tackle the Holy Cross punt returner, with Bryant suffering MCL and ACL injuries. While he is waiting for a second opinion, Bryant is most likely looking at season-ending surgery, which would be a huge hit to the Lafayette defense.

The team is turning to the same “next man up” attitude that they perfected in last year’s injury-plagued season. In addition to losing Reed and Bryant at least for this week, but potentially longer, the team also suffered injuries to backup linebacker Jacob Rose who has a broken arm and two offensive tackles in junior Cam Smith and sophomore Logan Grieser.

Senior quarterback Blake Searfoss and junior linebacker Rob Hinchen stepped up in their teammates absence to pull the Leopards back into a game that looked to be solidly in Holy Cross’ favor after the Crusaders scored on their first three possessions of the game.

Searfoss connected with junior wide receiver Matt Mrazek for three of Lafayette’s four touchdowns on the day. Completing 32 of 45 passes, Searfoss had a career-best performance, throwing for 280 yards and the four touchdowns. Hinchen led the team with 11 tackles and garnered high praise from his teammates and Tavani.

Mrazek also had an exceptional game with a career-high 11 catches for 109 yards.

Lafayette took a five-point lead into the fourth quarter but let it slip away with 22 unanswered points from the visiting team before Searfoss found Dylan Wadsworth for a touchdown to pull Lafayette back within 10 with 5:54 left in the game. The Leopards couldn’t make anything happen in the waning minutes and lost to the Crusaders 38-28.

Lafayette continues Patriot League play next week against Fordham where they will look to secure their first conference win on the year.