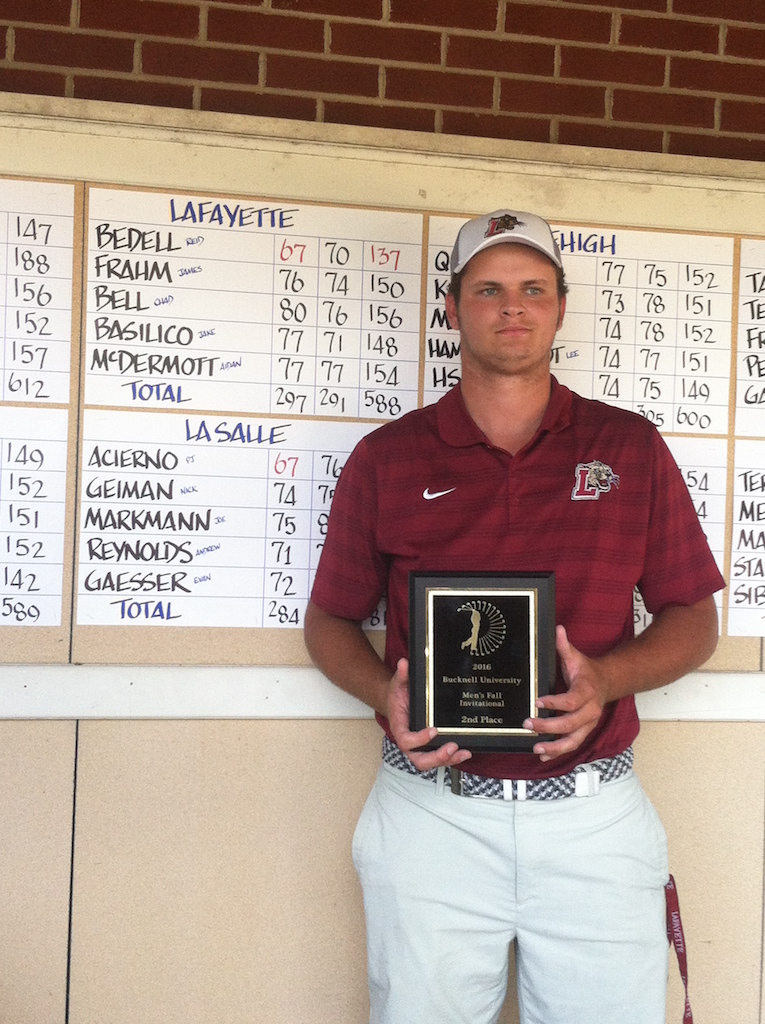 Katelyn Arnold: So you recently were named co-champion of the Navy Fall Classic after finishing three-under par 68. What was that experience like?

RB: It definitely surpassed my expectations. I didn’t really think I’d be playing that well right off the bat. I thought I would take a little bit of time to settle in and get used to the collegiate golf experience, but it’s been a great experience. I’m having a lot of fun.

KA: How does that accomplishment compare to those you’ve had as a golfer in the past?

RB: It’s definitely right up there with them. I ended my senior year of high school really well by winning the Tournament of Champions. But I definitely think winning a collegiate tournament is right up there, even better than that.

KA: When did you first start golfing?

RB: I always kind of played golf. I used to be a pretty big baseball player up until the end of eighth grade. My first competitive [golf] tournament was freshman year of high school. So I guess really competitively for five or six years now.

KA: How did you first get interested in golf?

RB: My dad. He really always had a club in my hand. We’d go out and play. It was always kind of a secondary spot for me, something to go to when I didn’t have any baseball or basketball practice or anything. My dad definitely got me into it. He’s a big golfer himself, so we would play as much as we could.

KA: What has your transition to golf at the collegiate level been like? Is it much different?

RB: It’s definitely different, but there’s definitely similarities. It’s a whole new team. I like every guy on the team a lot. There’s really good camaraderie. It’s been a smooth transition. I love the coach. Overall, it hasn’t been too bad. There’s just a different feel to it. There’s a little more pressure in tournaments. You feel it really matters, you really need to play well for your team.

KA: How does the team as a whole look?

RB: We’re pretty young. We’ve sent four or five freshmen to every tournament. I think we look pretty good though. We’ve had a few iffy tournaments, but this weekend at George Mason we had a really good final day. I think that just shows how we can play for the rest of the season. I definitely have a lot of confidence in the team.

KA: Do you have any team goals for the season?

KA: What about individual goals?

RB: I just hope I’m able to keep up the pace I’ve started at. I want to be able to constantly play well. I’ve got a friend who played for Loyola and he got a few awards his freshman year. If I’d be able to get any of those I’d certainly be happy, but I just want to keep playing well.

KA: What is your favorite course you’ve ever played on?

KA: Favorite sport other than golf?

KA: Who would play you in a movie about yourself?

RB: Maybe Will Ferrell. He’s a pretty good actor. He could pull anyone off.

KA: Something people don’t know about you?

RB: I got a concussion while playing golf in my first ever tournament.