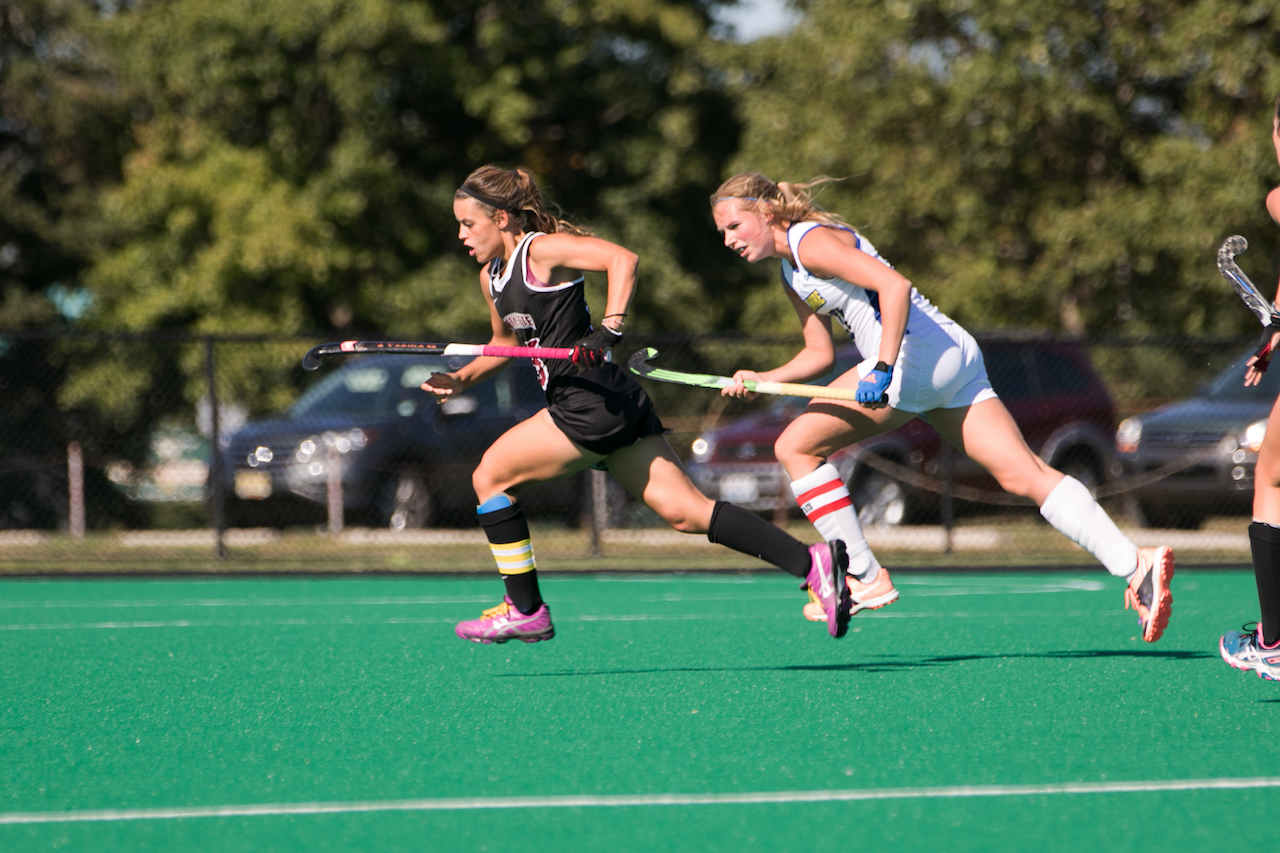 It took 100 minutes and two overtimes, but the Lafayette women’s field hockey team (6-3) was able to knock off a top ten team in the nation.

Last Friday the Leopards took on Boston University in their Patriot League opener. The Terriers, ranked ninth in the country, came into the game undefeated with a record of 7-0.

“We kind of like being the underdogs,” senior Aliza Furneaux said. “We knew the ranking going in but we weren’t too concerned with it because we were more concerned with how we were going to play against them.”

After a slow start to the game, the Leopards got on the board with a goal from senior Amanda Magadan in the 21st minute. It was Magadan’s third goal on the season. The defense was the star of the first half for the Leopards, however, as they held to Terriers to just two shots.

Boston turned up their attack in the second half, but senior goaltender Katelyn Arnold (Full disclosure: Arnold is a staff writer for The Lafayette) shut the door.

“Her role is so big on this team, she’s the one that keeps us in order,” Furneaux said. “She’s one of the best goaltenders in the league and we love having her back there.”

The Terriers were able to strike in the 66th minute when they scored off of a rebound from a penalty corner. After 70 minutes, the game was tied and it went to overtime. Following the two scoreless overtime periods and 100 minutes of gameplay, the game went to a shootout.

“We were pretty dead,” Furneaux said. “There were times where everyone was like, ‘I don’t know if I have anymore.’ We couldn’t walk the next day.”

After the first three rounds of the shootout, Magadan was the only Leopard to score and they trailed 2-1. In the fourth round, sophomore Kristen Taylor scored to tie it up at 2-2. Furneaux was given the opportunity to win it for the Leopards after Boston missed their fifth round shot.

“I always keep it really simple and always pull right because I don’t have any crazy elimination skills,” Furneaux said. “I was definitely really nervous because it was either going to another round of shootouts or going to end right there.”

But the game ended with the ball on her stick. Just like she does with every other shootout attempt, Furneaux started by pulling right. She was able to pull right just far enough to get the ball past the goaltender and score the game winning goal.

As the team reaches the halfway point of the season, they have their sights set on one goal.

“From here on out, we’re trying to win every game that we can to make it to the [Patriot League] Tournament,” Furneaux said. “Our goal is to win the Patriot League Tournament, but first we have to get there.”

Following their dramatic win against Boston University, the team dropped a non-conference game to 12th ranked University of Delaware by a score of 5-1.

The Leopards return to conference action this Saturday on the road against Colgate University. In addition to remaining unbeaten in conference play, the Leopards look to make a statement and declare themselves as the team to beat in the league. Colgate (1-10) seems to be the perfect opportunity for the Leopards to get back to their winning ways.

Not only was the win important for getting into the Patriot League tournament but it is an important step in possibly hosting. The last time that happened 4 years ago, Lafayette won the championship. Right now one at at time. The next home game is against American in two weeks. Student support would not only be helpful but appreciated!!