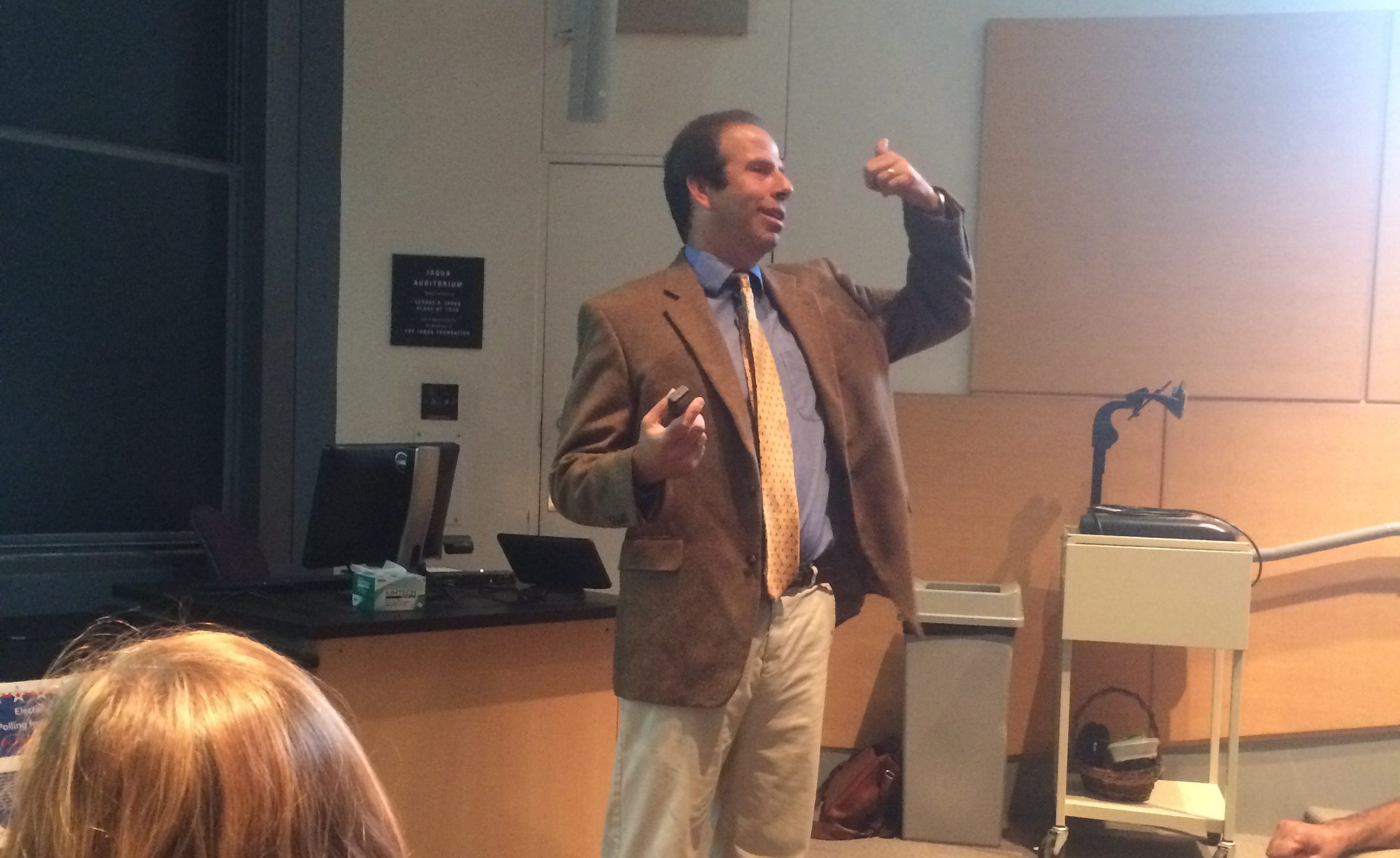 lk, Dr. Chris Borick, Director of the Muhlenberg College Institute of Public Opinion, offered to a packed house his insights on the election from the perspective of a public opinion researcher. (Alex Doe ’20)

In another election-year-themed talk, Director of the Muhlenberg College Institute of Public Opinion Chris Borick offered to a packed house his insights on the election from the perspective of a public opinion researcher.

Borick has conducted over 250 large-scale public opinion surveys over the past fifteen years, the results of which have been cited in Time Magazine, The New York Times, The Washington Post and other news outlets. Nate Silver’s FiveThirtyEight website awarded the Muhlenberg College poll an ‘A’ rating. On Monday, Lafayette students had the opportunity to hear his analysis firsthand.

“Pennsylvania is a key swing state, so there’s tons of attention on us,” he said. “You guys are living the context, so I don’t have to tell you a ton about it. It’s a historic race by any standards.”

“If you look at thirty days after a convention and then look at who wins the race, you usually see that the person who’s winning in the polls wins the popular vote,” he said. “I know many of you don’t remember President Gore. Al Gore, as you might remember, did win the popular vote. Polls do tend to be pretty accurate.”

Responding to a question about which single factor would most influence the outcome of the election, Borick said he believed that the African-American vote would be critical.

“African-Americans voted in greater proportions than whites last election, but for [Clinton] to hold onto the coalition, she’s going to need turnout,” Borick said. “Talk about weapons: President Obama, Michelle Obama, I expect to see them campaigning constantly to get turnout up in those communities.”

Professor Gary Gordon, the head of the math department at Lafayette, organized Borick’s visit to the college.

“My main goal was to bring an analytic approach to the election without concentrating necessarily on the politics,” Gordon said. “Concentrating on how the polls are conducted, what the trends are, and what the outcome might be based on data.”

Daniel Markovits ’20, who attended the talk, said that the presentation broadened his understanding of the election and the electorate.