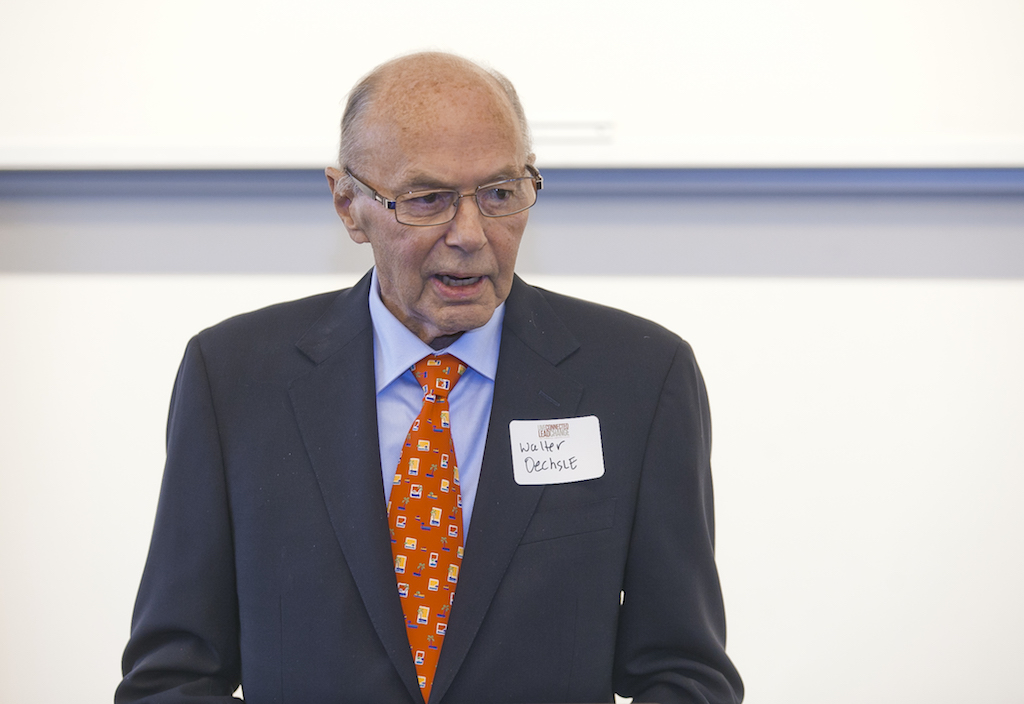 Prior to his passing on June 30, Walter Oechsle had already left his mark on the Lafayette community with his service, philanthropy and insight that will impact the college for years to come.

Oechsle graduated Lafayette in 1957 as a history major. His commitment to the school, however, far outlasted his time as a student.

In 1995, he joined the Lafayette College Board of Trustees, where he served until 2004. The year after, he and his wife, Christa Huba Oechsle, established a scholarship fund to assist international students coming to Lafayette from Eastern Europe. By 2013, the Oechsles had also provided financial support for two buildings on campus: Oechsle Hall and the two-year-old Oechsle Center for Global Education.

For many who knew Oechsle, his philanthropic efforts demonstrated his dedication to the school at large. President Alison Byerly said that Oechsle was an inquisitive person who had “a deep and abiding love for the college.”

Board of trustees member and former chair Alan Griffith ’64 served alongside Oechsle for many years and recalled some of his contributions which the public may not have seen.

“You saw commitment to the college, some of it was pretty public, and some of it was, I’d say, below the radar screen,” Griffith said.

“We would have these scholarship dinners and things like that, and I saw him hosting tables with five, six, seven, eight foreign students,” Griffith continued. “I’ll never forget when I realized, at things like Thanksgiving and over the Christmas holidays, he would have these kids, who couldn’t go home, to his home. So they’d have some place to go and weren’t just living in the dorm over Thanksgiving.”

“[Oechsle was] very inspiring to a lot of people, and I’m sure there’s things he did for the college that I’m not even aware of,” he added.

Board of Trustees member Harold Kamine ’78, who had the opportunity to get to know Oechsle spending time with him at their vacation homes in Florida, said that Oechsle was a smart and generous man who wanted to contribute to Lafayette both for today and for the future.

“He was extremely smart, extremely generous, humble and appreciative of what he had accomplished in life” Kamine said.

Outside of Lafayette, Oechsle specialized in international money management and is considered an innovator in the field. But he still kept in touch with his roots at the college.

“He was dedicated to giving back, and bringing students to Lafayette from Eastern Europe and elsewhere, resembling the path that he had taken when Lafayette was important on getting him to his life path,” Kamine added.