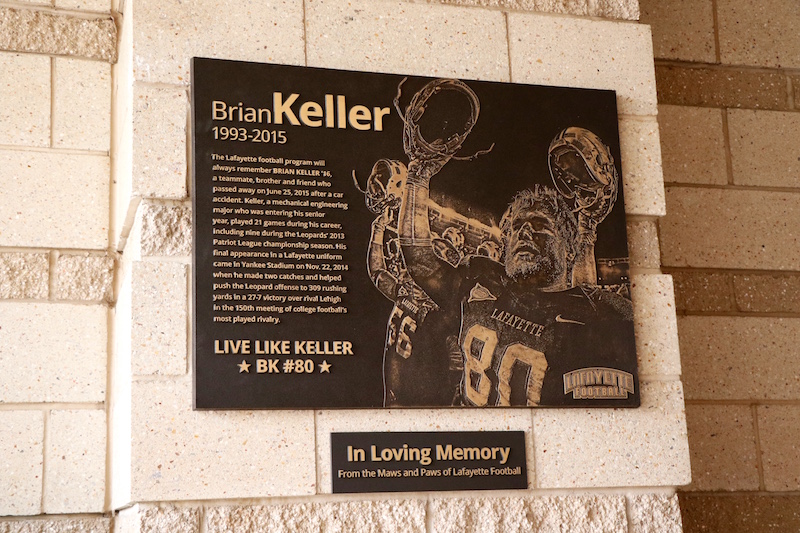 In the summer of 2015, Lafayette suffered a tragic loss when rising senior Brian Keller ’16 passed away due to injuries sustained from a car accident. Keller, a tight end on the football team, was beloved by his teammates and coaches, as well as his classmates.

The football team dedicated its 2015 season to Keller and held a ceremony for him during their home opener. The motto, “Live Like Keller,” was spread around campus in his memory.

This past June, on the one-year anniversary of his death, the football team installed a plaque in Keller’s honor in the Bourger Varsity Football House tunnel. The team runs by it before and after every game, and it will serve as a reminder for them to always “Live Like Keller.”

In 2005, the soccer stadium was named in honor of Dr. Wilbur W. Oaks, Jr. ‘51, a longtime benefactor of the college and soccer programs. Oaks passed away in June of 2015.

To commemorate Oaks’ impact on the school, Friends of Lafayette Soccer and the Oaks Family donated a memorial in his honor at Oaks Stadium. The memorial reads, “12th Man,” symbolizing that Dr. Oaks was an honorary member of the team. The statue is located along the walkway from the locker room to the field.