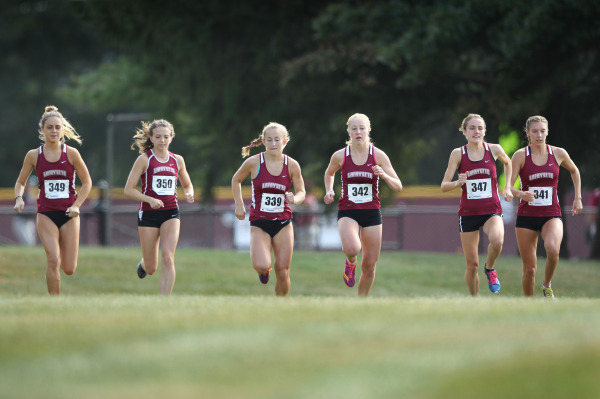 The Lafayette men’s and women’s cross country teams were defeated by Lehigh last weekend in their annual meet, which was held at Lafayette College. The women lost by a score of 44-18, while the men’s race finished 50-15 in favor of the Mountain Hawks.

“Going into this meet, we knew the competition would be really good,” Pressl said. “We knew that Lehigh had beaten Penn State the prior weekend, so we knew it was definitely going to be good competition.”

For Pressl, his time was a personal best for the challenging Lafayette course.

“I was happy with my performance,” Pressl said. “It was the first race of the season at 8k and I had a personal best for our course. I can’t complain because it’s this early in the season.”

It was also Pressl’s first time finishing first for the Leopards.

“Going into the meet, I was kind of hoping I could do that,” Pressl said. “It was definitely exciting to finish first for the team.”

“We have two more races at home here, and our course is a tough course with a lot of hills,” Moore said. “For me, my goal is to improve upon my time for this past race, especially since it’s on the same course, so I’ll be able to see.”

Lafayette will have plenty of chances to avenge their loss against rival Lehigh as they will see the Mountain Hawks at every remaining meet this season. Up next is the Paul Short Invitational at Lehigh University on Oct. 1.

The team lost two top runners to graduation last spring in Steph Benko and Thomas Day. That leaves the opportunity for new top runners, like Pressl and Moore, to emerge as the Leopards look to improve upon their finishing position in the league from last year.

“Our big goal is to improve upon on standing in the Patriot League from last year,” Pressl said. “Last year we finished in eighth, I believe, so we’re hoping to finish in eighth or better than that.”

In order to do so, the team must show signs of improvement in their next two meets as the Patriot League Championship is just a month away.