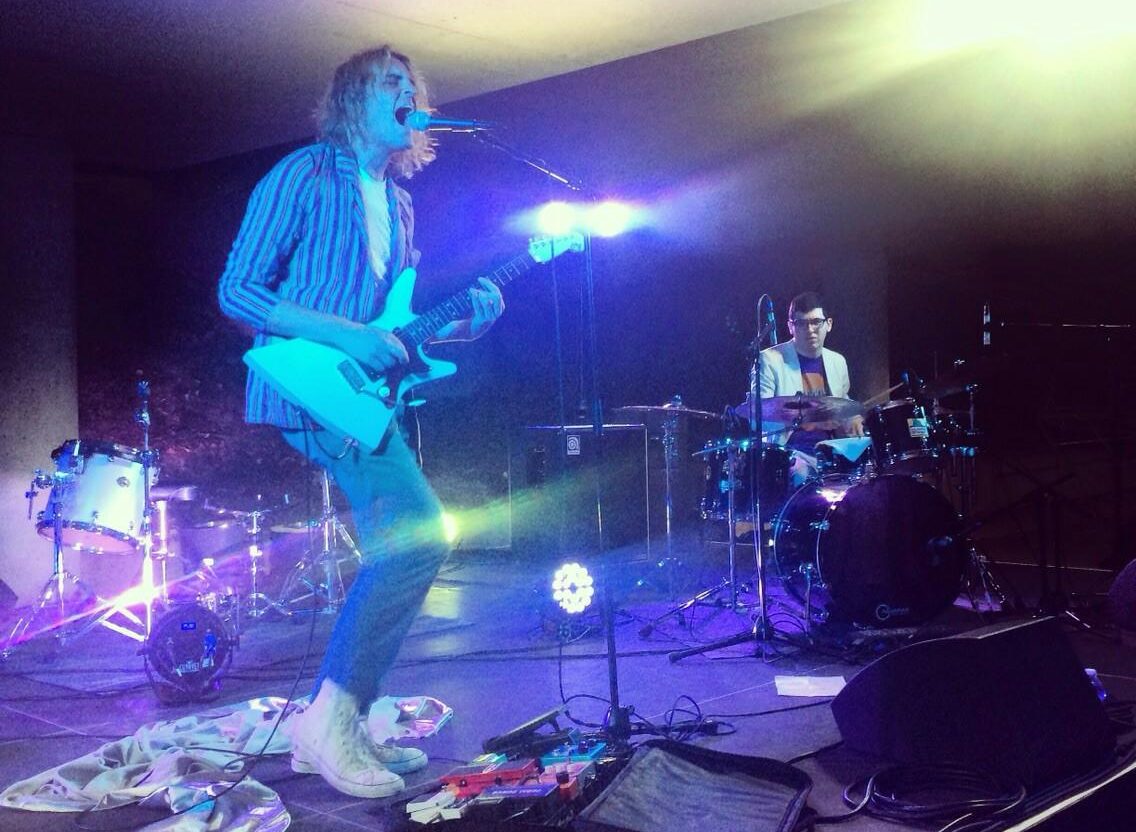 Indie bands Episode and The Living Strange entertained Lafayette students on Saturday under the cover of Markle Parking Deck with an eclectic mix of rock, surfer and digital wave sounds.

Episode opened, bringing a distinctly beachy flavor to the concert. Although they hail from New York, their sound is much more reminiscent of classic rock bands that came out of California, most notably Red Hot Chili Peppers. The resemblance was so strong it was nearly unnoticeable that the band had actually covered a Red Hot Chili Pepper’s song until someone brought it up.

Many of their lyrics focus on images of the ocean, and their most popular songs on Spotify are called “Swim” and “Lost in Cali.” Their sound lacked the typical aggressiveness and gritty guitars of most bands out of New York, and instead had brighter, almost jangly guitar parts that were as loud as the vocals.

One of the high points of their set came towards the end when they had the audience come to the foot of the stage to listen to an acoustic version of “Lost in Cali.” Unobstructed by loud guitars, the singer’s casually clear voice was on full display. It was unfortunate that it was hidden for most of their songs. After the set, they handed out lighters adorned with their band name and a TV screen much to the excitement of the audience.

The Living Strange, comprised of just drummer Ben Shafrir and lead singer and guitarist Elijah Sokolow, graced the stage next. The band had a somewhat stronger aesthetic than Episode, with the lead singer decked out in baby blue bell bottoms, white chucks and a colorfully striped blazer. The group had an Arctic Monkeys-esque delivery of the verses in most of their songs. The singer would speak almost in a monotone voice with only a simple drum beat, then a release would follow, brought about by the introduction of a guitar part, as the chorus neared.

Most of their songs were distinctly in the rock genre, but the most interesting pieces to be a combination of rock mixed with 80s like synths, that almost sounded influenced by the earlier work of M83.

Both bands seemed to like Lafayette as much as Lafayette liked them, since they lingered after the show to talk to the remaining audience.