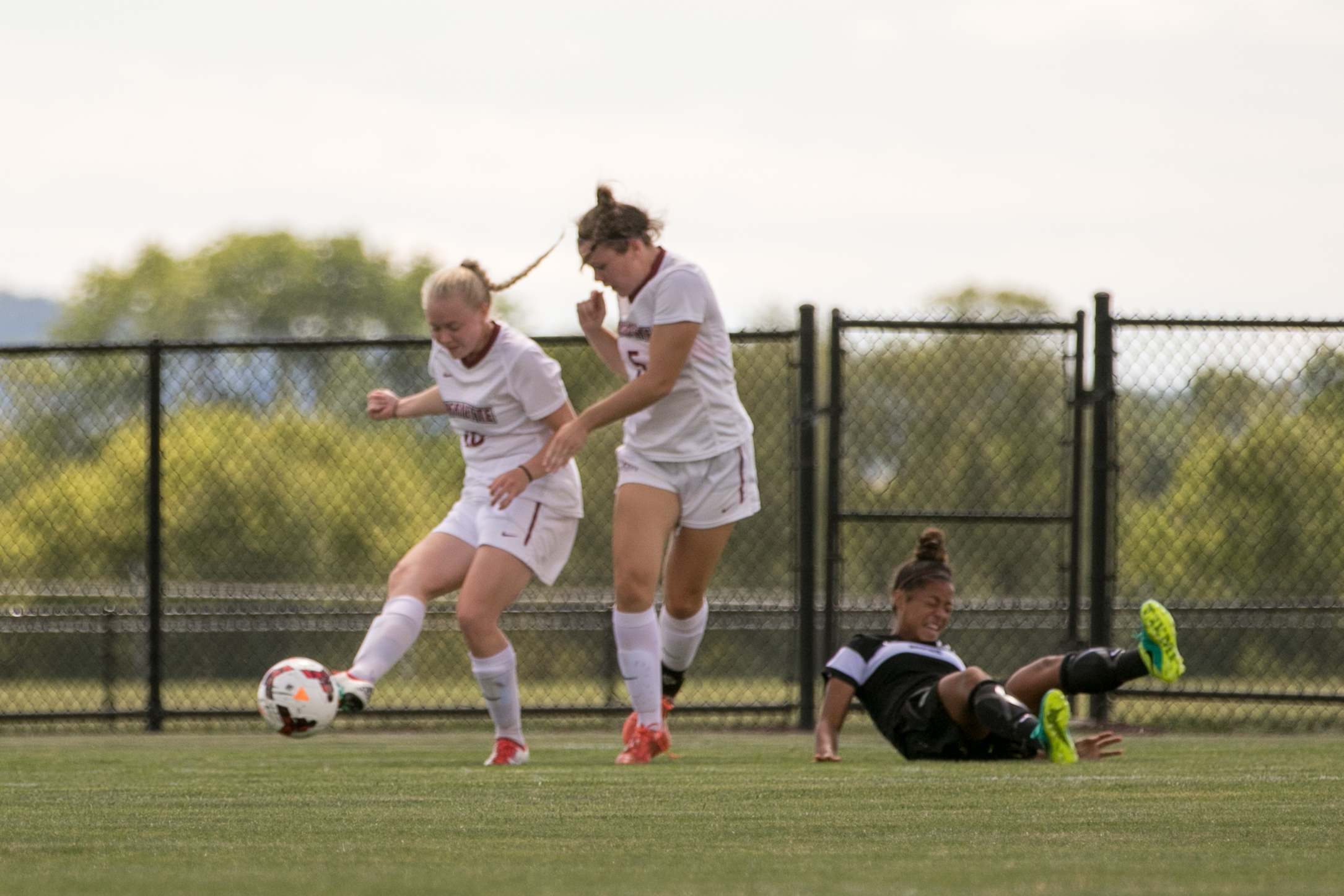 As the sporting buzz of the fall is typically encapsulated by the football team, the Lafayette women’s soccer team has quietly been putting together one of their most successful campaigns in team history.

Through their first five games in non-conference play, the Leopards were 3-0-2, setting a record for the longest undefeated streak in team history.

Senior forward Melissa Lynskey has been nothing short of dominate, leading the way with a team high six goals. Lynskey correlates much of the team’s success to their preparation in the off-season.

“I think this year everyone came in to the season focused and ready to go,” Lynskey said. “We have all been working hard for months during the spring and summer to prepare for this season, and it has been great to see that hard work pay off so far.”

It has certainly shown. Offensively, they have outshot and outscored their opponents. On the other end, senior goalkeeper Danielle Sedillo has anchored a strong defense. Her 25 saves are a big reason opponents have scored only six goals so far.

The team has also committed few fouls so far this year. Compared to their opponents, the Leopards are separated by a margin of 12 in terms of fouls committed and have only allowed one major penalty with one yellow card. This has allowed them to win the ball back, push it up forward into the hands of their midfielders who then deliver it to their scorers, like Lynskey.

The team’s historic streak came to an end against a strong Penn team and then they followed it up with a tough 1-0 loss to Brown.

So whats next for the women’s soccer team?

The team will now begin their most grueling and important part of the season as they transfer from non-conference play into their Patriot League schedule.

This will certainly be tough, but the team is up for the challenge.

Much of their inspiration is attributed to their head coach Mick Statham who has reiterated the point of mental preparation.

“You need a special mindset to have a special story,” he said.

The team must maintain the same focus they brought into the start of the season in order to be special for the remainder of the year. Players like Lynskey recognize what this team can accomplish.

“We are prepared, talented and ready to have a special season,” Lynskey said. “We just need to keep our focus going into Patriot League this Saturday and focus on each game at a time.”