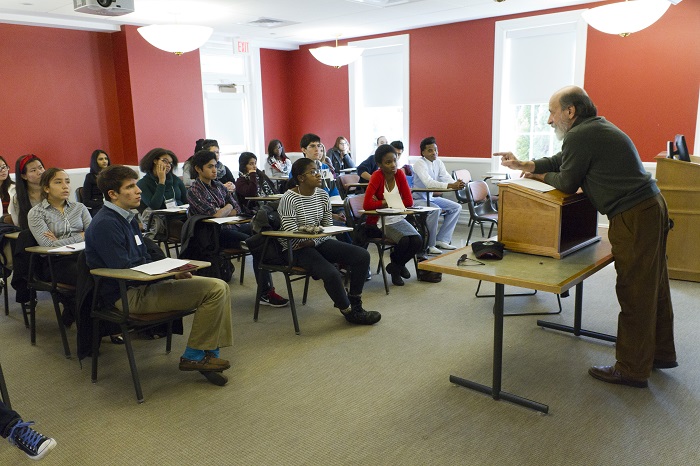 A committee made up of faculty, staff, and students is set to have its first meeting next week to begin the search for Lafayette’s new Dean of Equity and Inclusion.

This dean will occupy the role that former Dean of Intercultural Development John McKnight held before he left the college last year.

According to Vice President of Campus Life and chairman of the search committee Annette Diorio the title was changed to reflect the broader role that the Dean of Intercultural Development filled at the college.

“The office of intercultural development is within the portfolio of this person, but they also represent larger than just a single office,” she said. “We’re trying to signal a broader focus on equity and inclusion than the name of a single office would.”

College Chaplain and Director of Religious and Spiritual Life Alexandra Hendrickson wrote in an email that the title McKnight occupied was insufficient in describing his real role.

“The title was changed to reflect that the Dean leads an area that encompasses many departments,” she wrote. “Intercultural Development is a functional area within the larger portfolio. The previous title did not reflect the full scope of work that Dean McKnight did.”

Diorio said she is aware how important this position is to students and understands the urgency of the situation.

“I know that students are interested in when we’re going to hire somebody, and not only because Dean McKnight is a dynamic person himself, but because this is a critical role for the college,” she said.

“So we are aware of that and we’re hoping to move quickly, but not so quickly that we compromise the integrity of the search,” she added.

The committee waited to start the search until students returned to campus this fall, in order to ensure that the finalist candidates could interact with students on campus and the committee could receive their feedback, Diorio said.

President Alison Byerly also said that the position is important and added that she intends to be involved in the later part of the search process.

“I certainly expect to be involved in the final interview stages,” Byerly said of her involvement in the search process.

“This is an important position,” she said. “Usually I meet candidates at the dean level or above, not always, but for a position of this significance, it seems to me that I certainly would want to meet the person.”

Diorio said that the advertisement for the position could be posted as soon as Friday, and that she hopes someone could be hired by next semester. However, she added that she cannot promise anything about the timeline.

Hendrickson wrote in an email that she also hopes someone can be hired by this January, but the quality of the search and finding the best candidate is the committee’s top priority.

In the meantime, the college has hired Intercultural Development Fellow Danialie Fertile ’16 and Intercultural Coordinator Liam O’Donnell to help fulfill the duties of the vacant position. Diorio also said that Hendrickson has taken on more responsibility as well.

“Alex Hendrickson is running the day to day management of the various offices that reported to Dean McKnight,” she said.