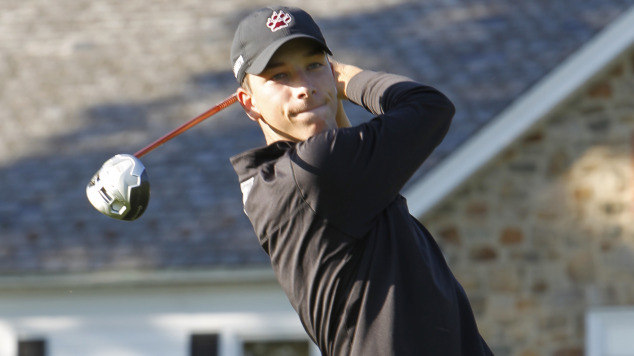 Fifth in the Patriot League Tournament

The Leopards lost a plethora of talent to graduation following this past season. Travis Ricca ’16, Chad Bell ’16 and Patrick McGinley ’16 were three major contributors to the team last year and will certainly leave big shoes to fill for the underclassmen.

Griffin, who finished in a tie for second place at the Patriot League tournament last year, will assume the role of leader of the young team. Frahm and Warden will both look to build on their performances last season as well.

Although the team lost several key players, they did retain a few that could compete for top 20 finishes at the Patriot League tournament this year. The freshman class is also hyped up to be one of the strongest in recent years.

After four seniors graduated, this team lacks the veteran leadership it has normally had in the past several years. It may take some time for the younger golfers to come in and assume leadership roles.

After finishing tied for second place in the Patriot League tournament last season, Griffin looks to get over the hump and win the individual portion of the competition this season.

Last year’s Patriot League champion, Army, looks poised to remain in that spot for the upcoming season. Other contenders for the league championship include Navy and Loyola.

The Leopards start their season at the Bucknell Fall Invitational on Sept. 9. The President’s Cup, an annual match against arch rival Lehigh, will take place this year on Oct. 18 in Gladstone, N.J.

“We’ve got a few reliable returning players along with a very strong freshmen class. We will be very competitive in every event,” Frahm said.