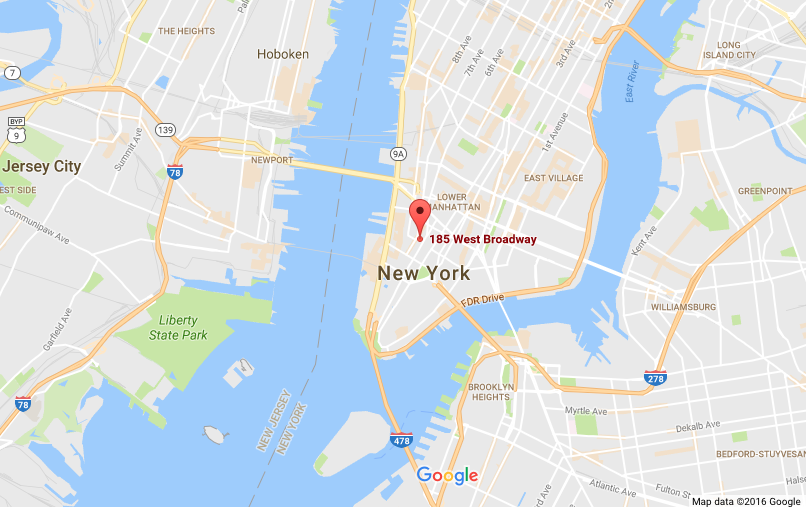 What began with a suggestion from arts professor Robert Mattison at a luncheon held by President Alison Byerly three years ago has resulted in what is to soon become the first Lafayette-exclusive space in New York City.

Mattison was the catalyst for the New York Initiative, which is the catch-all title for Lafayette’s effort to find a space in the city.

Lafayette has signed a letter of intent to lease two seminar rooms and a common area, totaling 1486 square feet, from a building owned by New York Law School in New York City. The building is located at 185 W. Broadway St. in Tribeca.

The lease is set to last two years and will be signed pending review by Lafayette’s legal team, Vice President of Information Technology Services and leader of the initiative John O’Keefe said. The price of the lease could not be released, he said, in order to protect the confidentiality of New York Law School’s rates.

Mattison said he is especially excited about the building’s location, since it is near two subway stops and provides easy access to other parts of the city, if that is the mode of transportation the college ultimately decides to use. Tribeca is a prime location, especially for the academic purposes Lafayette has in mind for the space.

“We found a place in Tribeca, financial district just south, theater district just north, the art district is both east and west,” he said, highlighting the centrality of the location.

In 2015, Byerly approached O’Keefe to lead the team of four faculty members in the search for an adequate space, in which they partnered with U3 Advisors, a real estate consulting firm Lafayette has worked with in the past, O’Keefe said.

Spang has been informally advising the group since its inception, she said.

The “working group,” as Spang and Byerly refer to it, is not a formal chartered and elected committee of faculty. They formed organically, according to Spang, in that they were all brought together by Mattison because of their common purpose.

Each faculty member had been bringing their classes into the city “on a regular basis” for quite some time, Spang said.

All the pieces came together to get this process of searching for space in New York going quickly, according to Spang.

“You have alumni expressing interest in wanting to support this, and we have many alumni that want to spend time with students but can’t always make it to Easton,” Spang said. “You have faculty that see this as a great opportunity for them and their classes, and you have students that want this opportunity, as well.”

“[Byerly] completely supports this as well,” she added. “All these pieces came together.”

Mattison said that three years ago, at the beginning of Byerly’s administration, he suggested to her at a faculty luncheon that Lafayette should utilize more their close proximity to New York City.

“I came to Lafayette because of its proximity to New York,” Mattison said. “For the arts, New York is essentially the center piece of the world. It’s essential for music, finance, theater and several disciplines.”

Beginning this semester, the faculty members on the working group can begin taking their classes into the city and using the space. As for how these trips will be funded, O’Keefe said funds will be allocated on a case by case basis. The space will be opened up for use by all faculty members starting spring semester.

According to the terms of the lease, which the college has yet to sign, Lafayette will be able to gain access to other spaces in New York Law School that they do not exclusively have access to, as is the case with the seminar rooms and common areas.

At press time, O’Keefe plans to meet with the team of officials with New York Law School on Thursday, and he will be working out logistical details such as how Lafayette can go about reserving other space in the building and where they can park vans if need be.

If after the two year lease is up everything has gone successfully, Spang has high hopes for Lafayette’s future in New York.

“What I would love is that ultimately we really need more than that 1400 square feet,” Spang said. “Ultimately, if everything works out, it’d be great if we had a brownstone or some type of building in New York City that really can be Lafayette branded.”

Mattison agreed with Spang in that he hopes in the future Lafayette can entertain the possibility of acquiring a building.

O’Keefe, however, is optimistic for the future, but doesn’t believe a building is in it.

“I’d say the probability of the college building something or buying [a building] in New York is probably pretty low, because no matter how successful this becomes that would be incredibly expensive,” he said. “But I don’t know how it’ll go.”

O’Keefe and Mattison would not comment on how much the lease costs.