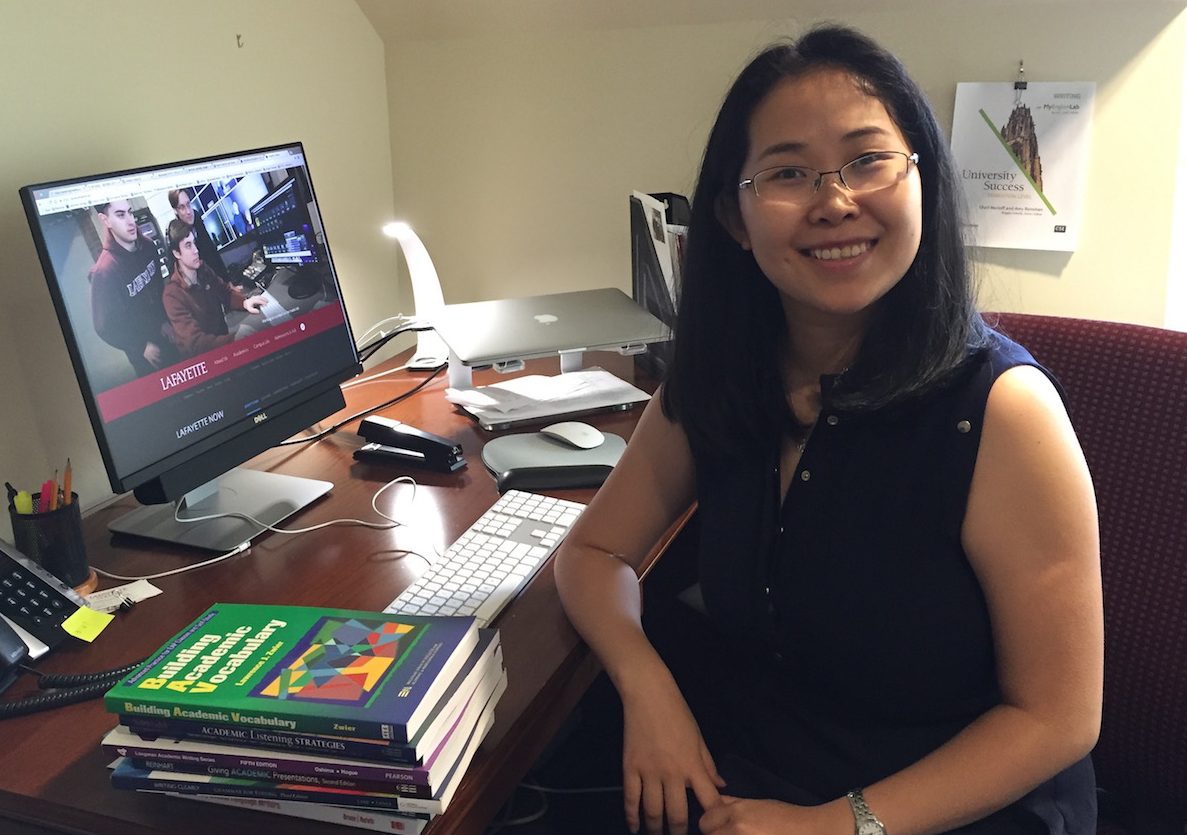 As more international students enroll in Lafayette, the college inaugurated this semester the first full-time position to help students learning English as a second language.

Tingting Kang will be Lafayette’s first Multi-Language Learner Support Specialist, a position created as a result of several years of faculty requests for such a job.

“Students are struggling and faculty members realize this, so they want to hire somebody who can help international students,” Kang said. She noted that she also aims to work with ‘1.5 generation’ language learners, or those whose parents don’t speak English and who learned their English from social interaction.

The college approved Kang’s position little over a year ago, according to Dean of Advising Erica D’Agostino,  who chaired the search committee that found Kang.

“From the time that I first arrived on campus working in the ATTIC I was asked about our ESL support for students,” D’Agostino wrote in an email, referring to the tutor program and English as a Second Language learning, respectively, “but the college didn’t have a program in place to provide these services.”

Kang said that the last time there was a position similar to hers at Lafayette was about 15 years ago, when a part-time ESL coordinator was employed.

The number of international students at Lafayette increased more than 50 percent between 2013 and 2015 to about 10 percent of the college’s enrollment, according to the college’s common data set. Lafayette requires international students score at least 95 points on the Test of English as a Foreign Language (TOEFL) in order to enroll. Kang, originally from central China, said that this is generally a high standard for undergraduate degree-seeking students.

Despite a high standard for entry, Kang said that the TOEFL does not cover all writing that students come across in college.

“I know that the TOEFL scores are very high scores,” she said. “[The students] are very good, they just need more support to be more successful…We just want to advance their ability.”

“We call that ‘contrastive rhetoric,'” she said, referring to the communication across education systems. “So for people from different cultures, they tend to argue in different ways. For Chinese speakers, its a circle; it’s not to the point. They are very indirect. But for English, writing is very direct. We want to make writing to the point.”

Before this position was created, faculty and students had been looking to the College Writing Program (CWP) and Writing Associates for support, according to English professor and CWP Director Bianca Falbo.

“In working to build a diverse student body, Lafayette has been fortunate to attract students who speak and write multiple languages,” Falbo wrote in an email. “The College realized it needed to do more to support students learning in a second or third or fourth language.”

Kang is also currently working on a reference library in Scott Hall for academic English. Already working with the CWP, she plans to begin college writing seminars beginning mid-September and aims to work with the International Students Association. Kang also said that faculty may recommend students to her.