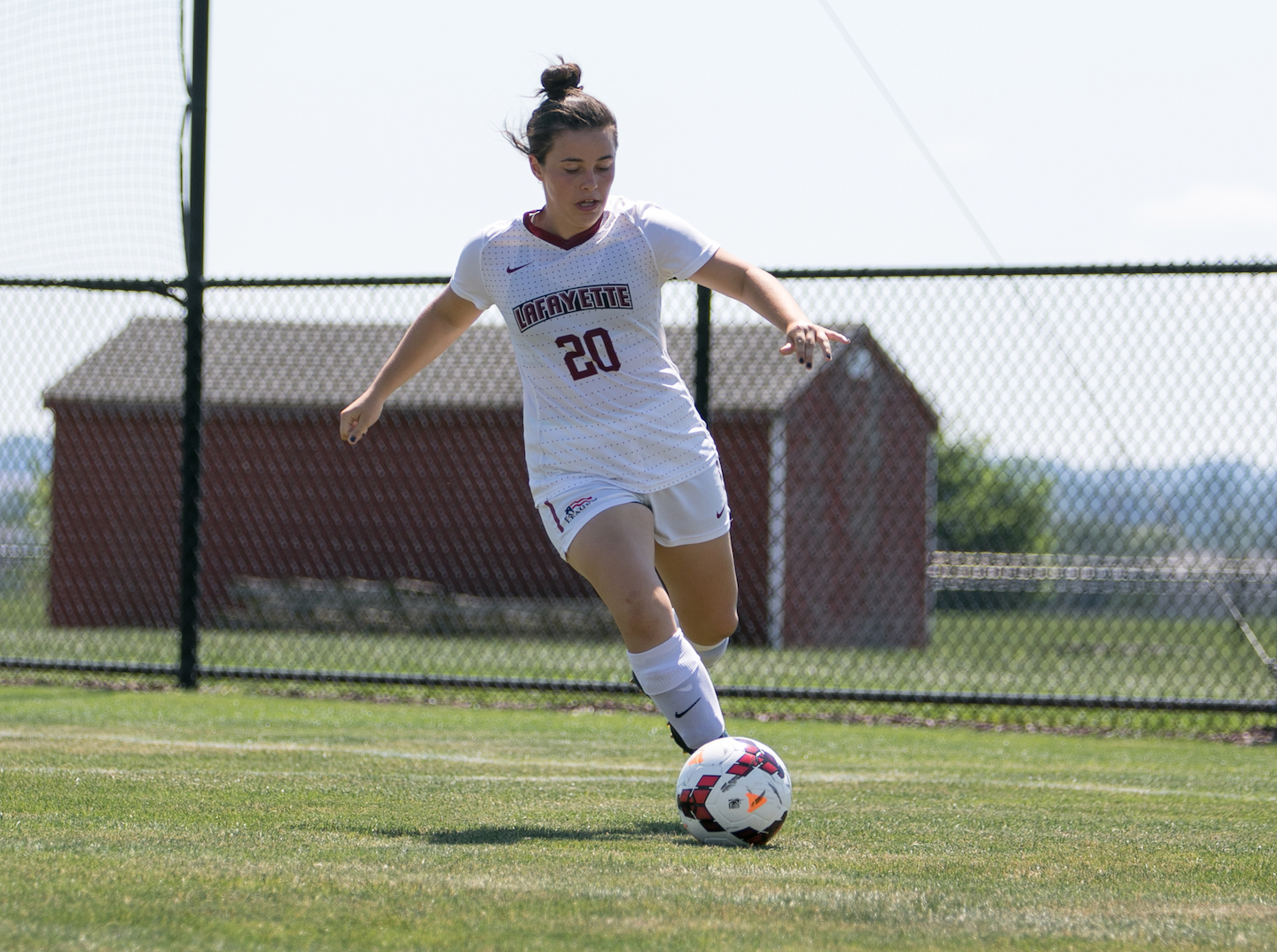 Katelyn Arnold: First off, congratulations on a historic start to your season. After remaining unbeaten through the first four games of your season for the first time in program history, how does the team feel?

Katie Brannigan: We’re definitely excited about the prospects of the team. We did well last season and it shows the work in the spring as well. Now, with the new freshmen coming in, it’s an exciting time to see the development. I know it took small steps to become a greater team. It’s nice to see and it’s exciting.

KA: Personally, you also earned Patriot League Midfielder of the Week for the first week of the season and again this second week. Tell me what that was like.

KB: To be honest, I wasn’t expecting it. It was kind of a big surprise. I think the first one I got was because of the free kick, which to be honest I had been practicing and was hoping that I’d have a chance to take it. I wasn’t expecting the second week. It was kind of a big shock really. I think the team performances definitely helped me achieve the awards.

KA: So with all of this early success, both individually and as a team, how are you feeling about the remainder of the season?

KA: What does the team hope to accomplish this fall?

KB: I think just honestly getting better and better, improving on each season. Looking at what went wrong or what went right and building on the other things that we did well, and taking a step back and saying, “Okay, let’s improve this.” It’s more about growth.

KA: What do you see as the greatest strength of your team?

KB: The relationship between players. I think that just keeps getting stronger and stronger.

KA: With a full year of experience under your belt, does this fall feel any different than last year for you?

KB: I definitely feel less nervous and less stressed. With the first year, you just don’t know what to expect. Now, I feel more relaxed and I’d like to think composed, both on and off the field. There’s a different kind of pressure now that our coach knows that we know what to expect and expects us to do everything correctly. But I feel less pressure in terms of knowing what’s coming around the corner.

KA: What is it like making such a large impact on the team to start off your sophomore year?

KB: Personally I don’t realize I am. I feel like I rely on players as much as they rely on me. I definitely wouldn’t be able to put performance in without the defense behind me and the partnership me and [Gabrielle Martone] have. It’s something I’m not aware of because when you’re on the pitch it’s just the team. So I don’t really know what it’s like to be honest.

KA: Coming from England, how does soccer compare in the U.S.?

KB: Before I came to America, I remember playing American teams when I was younger and the thing people used to say was that American teams are just super athletic; it’s all about strength and speed. We kind of took that in the wrong way and thought we’d have better technique. When I got out here, we were so wrong. Although we do maybe play the game in slightly different ways, it’s super intense here and so much more professional. It’s about being in the right shape—especially with our coach, he’s all about getting the right sleep, eating well and recovery. In England, it was more about if you can kick a ball well, then you’re good.

KA: Favorite part of your summer?

KB: Probably when my roommate came. It was nice because I’ll talk about home and I liked the idea that she could come and put pen to paper and see what England was like. I live in the north of England and English films usually show the south and London. It was probably nice for her to see the north and different parts that you wouldn’t usually see. It’s not usually a place tourists go.

KB: Freshman preseason and a few days into preseason and the freshmen didn’t really know each other well. We were in Kamine and for some bizarre reason we went into one of the common rooms and we just started to dance. We had like this huge dance off and it kind of really brought us all together. If someone was there and watching, they wouldn’t have a clue what was going on. It was so bizarre.

KA: Any food from home you wish you could bring to the U.S.?

KB: Digestive biscuits. They don’t actually help your digestion, you dip them in your tea.