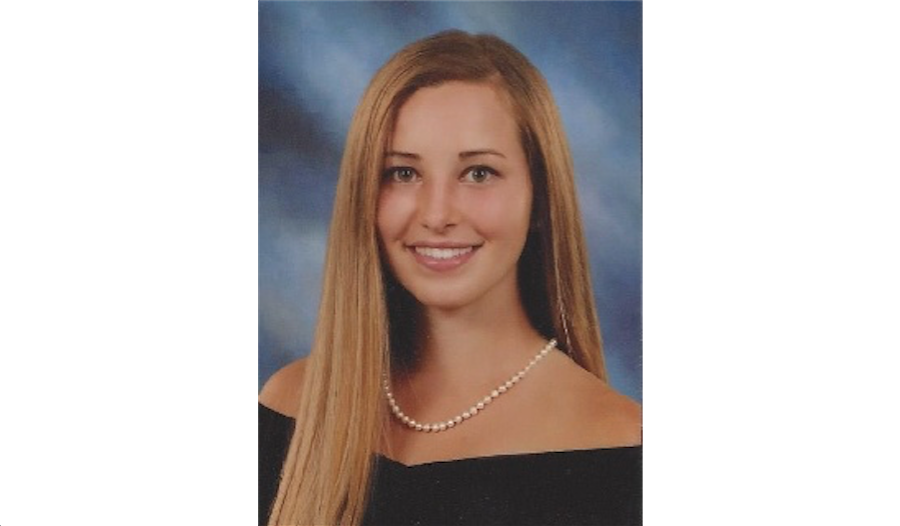 Sarah Bramley, described as happy, humorous and intelligent by her friends at Lafayette College, passed away last week. A memorial service will be held for her on Saturday. (Image courtesy of Cochran Funeral Home)

Lafayette College student Sarah Bramley ‘19 passed away at her home in Hackettstown, N.J. on Aug. 19. She was 19 years old.

There will be memorial service for Bramley held by her family on Saturday at 11 a.m. at the First Presbyterian Church, 298 Main Street, Hackettstown, N.J. A shuttle will be provided for members of the college who need transportation. Those interested should contact Chaplain Alex Hendrickson, according to an email sent out by President Alison Byerly.

Her friends describe Bramley as intelligent, humorous and happy. She was an electrical and computer engineering major, a member of the Lafayette College Society of Women Engineers, Engineers Without Borders, Colleges Against Cancer and Club Field Hockey.

“She was smart as heck, like, effortlessly smart,” said Molly Martindale ‘19, Bramley’s friend and roommate in Ruef Hall.

Professor Ismail Jouny, who advised Bramley in her year at Lafayette, said she was a highly motivated student very interested in electrical and computer engineering.

“She was 100 percent an electrical and computer engineering major,” Jouny said. “She didn’t even have the slightest doubt.”

Jouny said she loved Lafayette because with its liberal arts education style, she could do the community work she liked and be an engineer.

Last semester, Bramley, Martindale and others in Engineers Without Borders went to the Easton Public Library once a week to do science experiments with fifth and sixth graders.

“[The kids] really liked her and thought she was funny because she was always really sassy,” Martindale said.

Vicki Holcomb ‘19 said, “One of my favorite things about Sarah is that she’s just always laughing. And I think that’s what I’ll miss the most, is that she had the most infectious laugh.”

Bramley “had everything going for her,” Holcomb added, and was always there for her if she had a bad day.

“If I ever got a bad grade or something, I’d just walk into her room and she’d be sitting there eating peanut butter, watching TV, and you could just sit on her bed and she’d just crack a joke and it would all be okay,” she said.

Another one of Bramley’s friends, Jerry Powe ‘19, who met her in his orientation group freshman year, also talked about Bramley’s compassion for others.

Powe said that one of his relatives died last year, and he went back home to see the body before the burial. Although they hadn’t known each other for that long, Bramley kept checking up on him to make sure he was doing okay. That’s when he said he knew she was a good friend.

Emily Cohen ‘19 said she remembers Bramley for how excitable she was and that she “had the biggest heart.”

“It’s heartbreaking to begin the new year with news of a tragic loss like this,” said Byerly, adding that this is a difficult time for the whole Lafayette community.

This is so unbelievably sad. My heart breaks for her family.