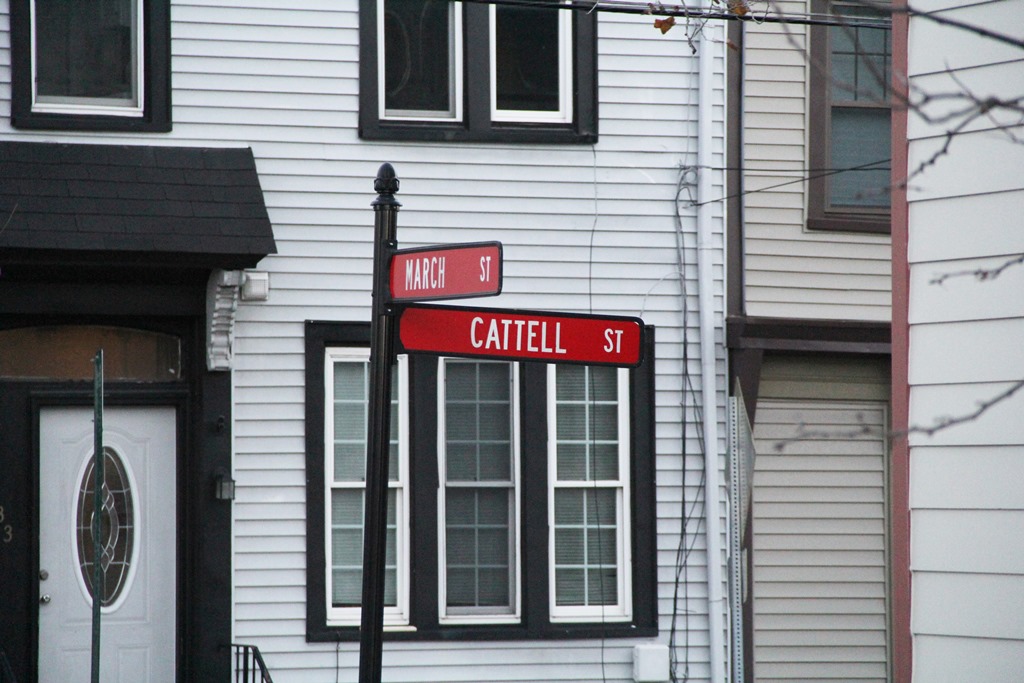 The intersection of March and Cattell Street on College Hill. (Hana Isihara ’17)

Lafayette College’s credentials as a good neighbor were called into question last night when more than 100 college hill residents turned out for a public hearing on the college’s proposed major campus expansion, held in the Pfenning Alumni Center.

Calling one of the college’s past expansions, the student residence at 512 March Street, an “architectural disaster,” local architect – and Lafayette engineering studies instructor – Paul Felder drew applause from the crowd when he encouraged college officials to be more responsive to the concerns of people living adjacent to the campus.

Several of the nearly two dozen residents who questioned Lafayette President Alison Byerly on the 10-year expansion plan unveiled at the meeting politely expressed frustration and fear that their lives would be disrupted and their property values undermined as the college pursues a plan to expand its boundaries across McCartney Street. The college also plans to grow the student body by 400 new students over the next decade.

Byerly responded that the college “wants to be a good neighbor” and that the plans are still in the very preliminary stages. She stressed that the college seeks input from local residents, adding that a website and telephone hotline will be developed to address concerns and keep them in the loop.

The plans presented by college officials in a slide show seemed to do little to assuage those concerns. Maps showed that the first phase of the expansion, expected to break ground in the summer of 2017, is a dorm at the corner of Cattell and High streets across from Wawa.

There were no conceptual or design plans presented for the dorm, but officials did say current zoning allows them to build a four-story building that occupies 100 percent of the lot. Behind it would be a second dorm that would extend around the corner onto McCartney Street and the two buildings are expected to house 145 students. Officials said parking would not be provided on-site, but rather from a remote parking garage at the Bushkill Street edge of the campus.

Further down McCartney Street, from March to Clinton Terrace, the entire block is planned as a health facility not only for students, but as a walk-in clinic for local residents. Some parking would be provided, most likely, officials said, across Clinton Terrace where Hillel House now stands.

Without providing any specifics, college officials said they envision “something tasteful,” that will include housing, health care, a diner and a community book store/coffee house “along the lines of Barnes & Noble.”

Residents at the meeting said they foresee years of construction, heavy equipment, “kids being injured by rocks falling off construction trucks” and building-related traffic jams.

“I hope the spirit of cooperation continues,” said Hubert Etchison, a member of the College Hill Neighborhood Association, referring to the college’s outreach. “This needs to be a joint effort. We don’t want this to look like lipstick on a pig.”

Rather than build dorms that look like dorms, pick any one of the architectural styles on campus, ranging from early 20th century to early 21st century, why not build facades that are in line with 19th century 3 or 4 story brownstones? Easton has a plethora of types to use as models. These would fit into the architecture of the neighborhood, rather than push the campus architecture further into the community.